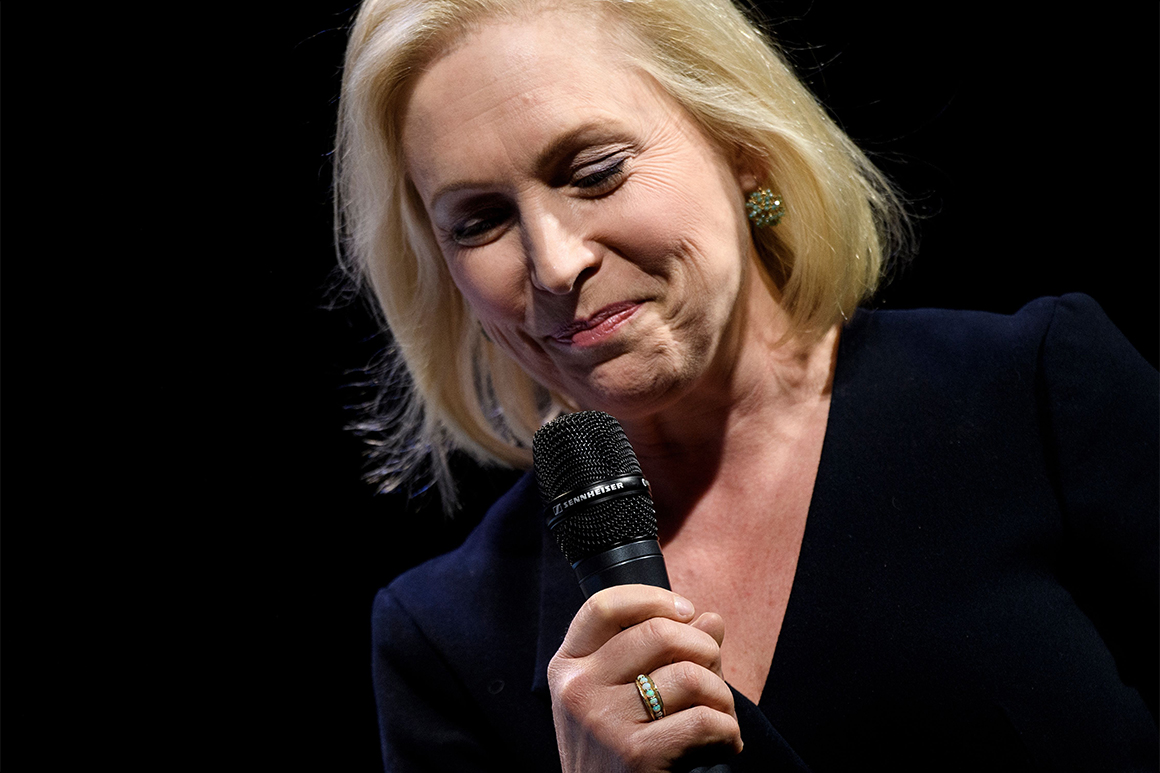 Sen. Kirsten Gillibrand has raised $3 million since launching her presidential bid, her campaign said Sunday, a sum that puts the New York Democrat near the bottom of Democrats’ fundraising leaderboard after the first quarter.

But Gillibrand still has a hefty sum in her campaign account — over $10 million, more than a number of her opponents — thanks to a big transfer of leftover funds from her 2018 Senate reelection campaign. Gillibrand’s spokeswoman didn’t disclose the number of donors that contributed to her bid, as some other campaigns in the grassroots-obsessed Democratic primary have so far.

In a memo shared with supporters, Gillibrand’s campaign argued that her lower haul is due, in part, to backlash from “establishment donors” who are punishing Gillibrand for calling on former Minnesota Sen. Al Franken to resign following several sexual harassment allegations in 2017.

“There’s no question that the first quarter was adversely impacted by certain establishment donors — and many online — who continue to punish Kirsten for standing up for her values and for women,” the memo reads. “Kirsten is committed to fighting for a Democratic Party that values women and does not sacrifice women for political convenience or power.”

Gillibrand, who has struggled to break out of the 2020 field in polling, fell behind all of her Senate colleagues in fundraising despite getting into the race earlier than any of her colleagues save Sen. Elizabeth Warren. Sen. Bernie Sanders led the group with over $18 million by March 31, followed by Sen. Kamala Harris with $12 million, Warren took in over $6 million and Sens. Amy Klobuchar and Cory Booker both raised about $5 million.

Gillibrand has regularly addressed her handling of Franken’s resignation during her campaign, from questions posed at small meet-and-greets in Iowa to her MSNBC town hall last month, when she said, “If there are a few powerful Democratic donors who are angry,” then “that’s on them.”

She has also used it as a hook to draw in other donors online: In one Facebook ad from March, Gillibrand said that “Democratic megadonors are blacklisting” her “because I refused to stay silent” and urged supporters to contribute “to get me to the debates.”

Gillibrand, who has put her gender at the center of her campaign, has cultivated a following amongst other women. Nearly two-thirds of her donors during the first quarter were women, and the majority of the donors had never given to Gillibrand before, according to Gillibrand’s spokeswoman.