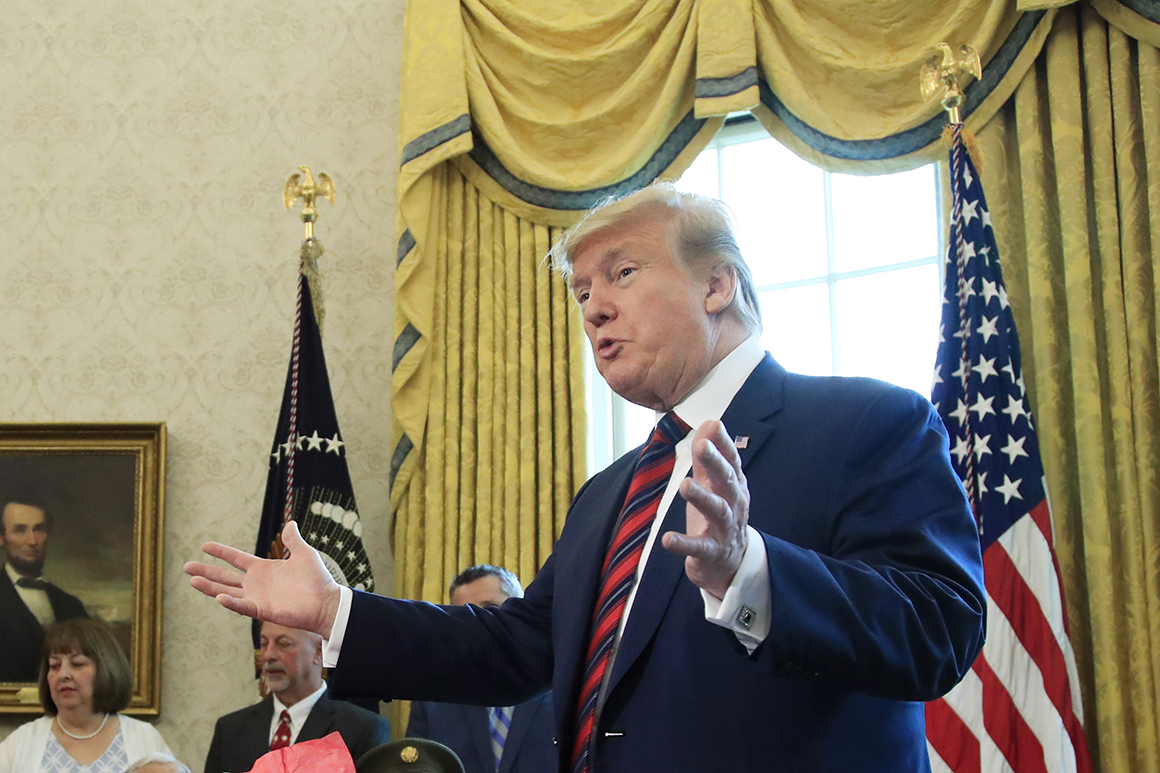 President Donald Trump on Friday accused the press of burying news that a White House counsel in the Obama administration had been indicted on “very serious” charges similar to those his former campaign chairman and national security adviser pleaded guilty to last year.

“President Obama’s top White House lawyer, Gregory B. Craig, was indicted yesterday on very serious charges,” Trump wrote in a tweet, singling out The New York Times and The Washington Post in particular over where each outlet placed the story in their respective papers Friday morning.

“This is a really big story, but the Fake News New York Times didn’t even put it on page one, rather page 16. @washingtonpost not much better, ‘tiny’ page one,” Trump continued. “Corrupt News!”

Craig, who served in the White House in the first year of former President Barack Obama’s first term, was charged Thursday with making false statements and concealing material information about his work in private practice lobbying on behalf of the Ukrainian government.

While Craig’s indictment was heavily covered by the national media on Thursday and Friday, it was arguably overshadowed by the sudden arrest of WikiLeaks founder Julian Assange on U.S. charges of computer hacking. Craig’s indictment was also somewhat less of a surprise after his attorneys preemptively put out a statement in his defense the night before, foreshadowing the indictment.

Thursday’s indictments were one more signal that although special counsel Robert Mueller’s investigation has officially wrapped up, fallout from the inquiry is certain to continue. One of the lasting impacts of the Russia probe will almost certainly be increased enforcement and scrutiny of those lobbying for foreign governments.

But while the president on Friday labeled the charges against Craig “very serious,” he declined to mention the parallels and ties to his own former advisers who he contends were treated unfairly by the Justice Department.

The charges announced Thursday stem from work Craig did in 2012, after leaving the White House, on a report relating to Ukrainian President Viktor Yanukovych’s jailing of one of his political opponents, former Prime Minister Yulia Tymoshenko. That report was meant to be used by Paul Manafort, the president’s former campaign chairman, who had been lobbying for Yanukovych at the time, to defend the former president.

While Craig has maintained his innocence, prosecutors accused him of purposefully and repeatedly misleading federal investigators about whether he needed to register as a foreign lobbyist, including when he sat for in interview with Mueller.

Manafort pleaded guilty last year for failing to register as a foreign agent, among other things, and earlier this year was sentenced to more than seven years in prison. Trump said at the time that Manafort’s sentencing was a “very sad situation” and that he felt “badly” for him.

And Trump’s first national security adviser, Michael Flynn, similarly got swept up in renewed scrutiny of the rarely enforced Foreign Agent Registration Act during the Mueller probe, though he ultimately pleaded guilty only to lying to the FBI about his conversations with the then-Russian ambassador to the U.S.

Trump has expressed plenty of sympathy for Flynn, reportedly asking then-FBI Director James Comey to ease up on him and reluctantly ousting him after less than a month on the job. Trump has downplayed the accusations against Flynn, wavering between accusing the FBI of trapping his former aide and dismissing the charges as “the smallest of misstatements.”

On the day Flynn was set to be sentenced last year, Trump wished Flynn “good luck in court,” leading some to warn the president against a possible pardon.