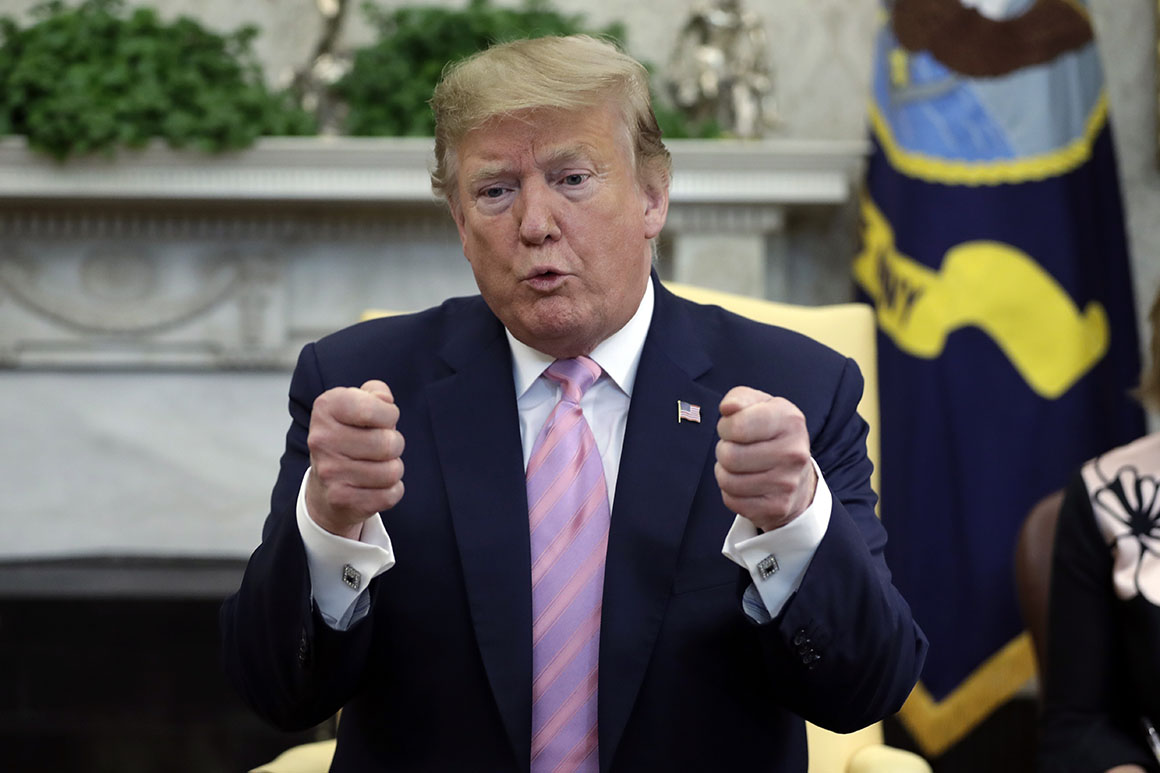 A looming legal showdown between Democrats and the White House over lawmakers’ bid to vet President Donald Trump’s tax returns could turn on a single question: Why do Democrats want them?

Motivations will matter because, while Democrats are relying on a statute declaring that the Treasury Secretary “shall” hand over any returns requested by the heads of Congress’ tax committees, the courts have said lawmakers need a legitimate legislative reason for their investigations.

Lawmakers routinely use the law to privately examine the confidential tax returns of companies, for example, to help inform the tax policymaking process. But it’s another thing entirely to seize the president’s returns with plans to release at least some of his confidential tax information to the public.

Democrats contend they do have a good policy reason for getting Trump’s returns, saying they have a responsibility to oversee the IRS and want to know how well the agency — which has a policy of auditing every president — is scrutinizing Trump’s returns.

But Republicans scoff, calling that a pretext. They say the real reason Democrats want Trump’s returns is merely to search for things in his taxes that would embarrass him.

Determining who is right — if Democrats’ demands are motivated by political animus or if lawmakers are just doing their jobs — will be a key issue as the battle moves into the legal system as expected.

“It could turn on that,” said George Yin, a former head of the Joint Committee on Taxation who now teaches at the University of Virginia’s law school. “You have to have a reason that is consistent with Congress’ constitutional responsibilities.”

Lawmakers edged closer to a legal showdown after the administration missed a deadline Wednesday set by Democrats for handing over the president’s returns.

House Ways and Means Committee Chairman Richard Neal (D-Mass.) is relying on a 1924 law allowing the heads of Congress’s tax committees to examine anyone’s tax information. In a letter to Neal released Wednesday evening, Treasury Secretary Steven Mnuchin said the agency needs more time to consider the issue, though he also made it clear the department does not look favorably on the request.

"The Committee’s request raises serious issues concerning the constitutional scope of Congressional investigative authority, the legitimacy of the asserted legislative purpose, and the constitutional rights of American citizens," Mnuchin wrote.

Earlier that day, Trump bluntly told reporters he would not give up the returns.

Democrats are relying on a law that says, “the secretary shall furnish such committee with any return or return information specified in the request.” It does not include any conditions.

But over the years, the courts have imposed limits on what information Congress can seek.

“Broad as is this power of inquiry, it is not unlimited,” the Supreme Court said in 1957. “There is no general authority to expose the private affairs of individuals without justification in terms of the functions of the Congress.”

University of Iowa law professor Andy Grewal offered a hypothetical example: “If a Ways and Means Committee said, ‘You know, we just hate black people, so give us the tax returns of all civil rights leaders so we can harass them,’ I don’t think the IRS would have to comply because that’s an unconstitutional request.”

Grewal contends that merely wanting to know whether Trump paid his taxes is not a good enough reason for Democrats because it’s not Congress’ job to audit anyone.

“If all Congress is doing is saying, ‘We just want to figure out if a particular person paid his taxes or not, that, by itself, is not enough because that is a job for the executive branch, not Congress,” he said. “It’s a lawmaker, not a law-executor.”

“There’s some legal room here for the IRS and Treasury in their response.”

In his request for Trump’s returns, Neal did not dwell on questions about whether the president had paid his taxes, though that’s one of Democrats’ top concerns. The Massachusetts Democrat instead focused on how well the agency is auditing the president.

“The committee is considering legislative proposals and conducting oversight related to our federal tax law, including, but not limited to, the extent to which the IRS audits and enforces the federal tax laws against a president,” he wrote.

Neal wants Trump returns from 2013-18, as well as any details of IRS audits of those filings.

But Republicans contend Neal’s request shows he is not simply concerned with overseeing the IRS.

They note that he is asking for returns from before Trump was president, and they also ask why he’s not asking about agency audits of other presidents.

“And why can he not simply ask the IRS to explain its policy?” asked William Consovoy, a lawyer for Trump, in a letter to Treasury, urging the agency to reject Neal’s demands.

“The answer, of course, is that Chairman Neal’s request is not about examining IRS policy. It is about scoring political points against President Trump.”