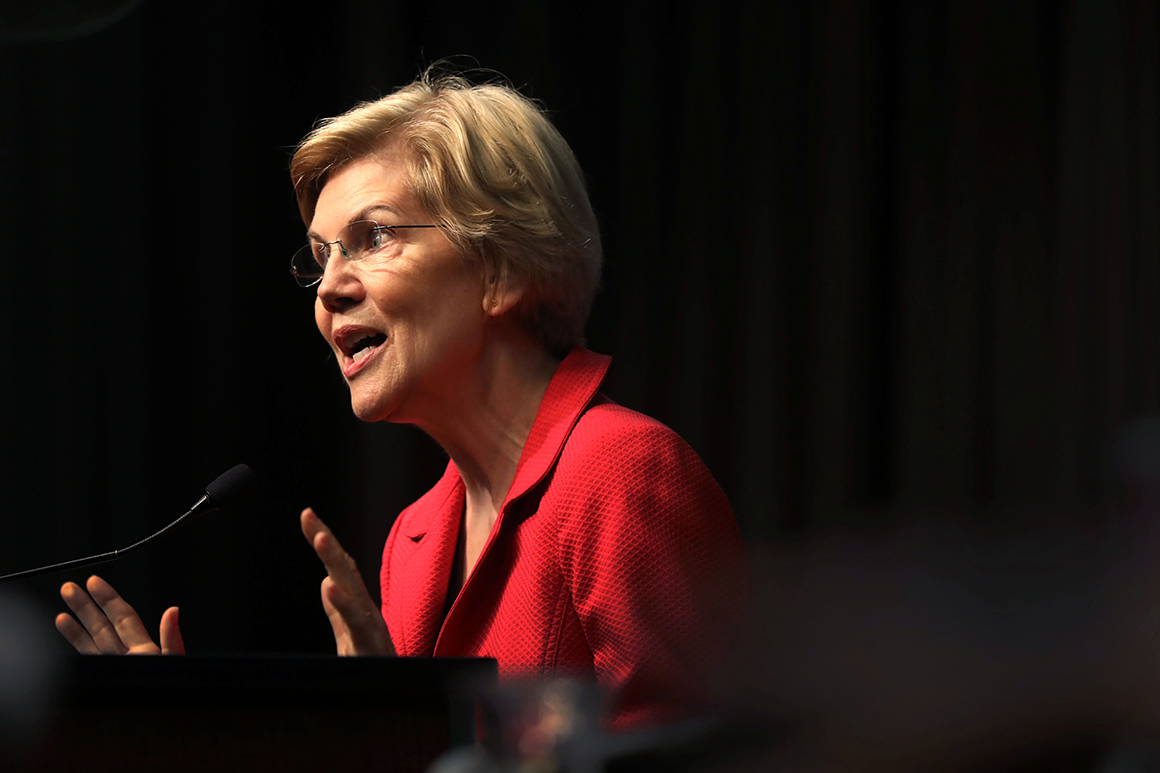 The Massachusetts senator unveiled a plan to impose a 7 percent surcharge on corporations making more than $100 million, the second major tax proposal of her campaign.

The tax is larger than it may appear because Warren would apply it to an altogether new tax base: She would impose it on the earnings that publicly traded companies report to investors. That is based on a different set of accounting rules than when firms do their taxes.

Warren said it will end the ability of companies to report profits to Wall Street while simultaneously telling the IRS they have no taxable income.

“It will make our biggest and most profitable companies pay more and ensure that none of them can ever make billions and pay zero taxes again,” she said.

She predicted it would raise at least $1 trillion over a decade, which would increase projected corporate tax receipts by about 30 percent. It would amount to not only rescinding much of Republicans’ recent corporate tax cut but would likely leave some companies paying more than they did before the Tax Cuts and Jobs Act.

The proposal comes as Warren has established herself as the policy maven of the Democratic presidential primary. She’s previously called for a new wealth tax on the rich.

Warren is at least the second Democratic candidate to call for hiking taxes on corporations, with Sen. Amy Klobuchar of Minnesota proposing to raise the corporate levy to 25 percent, from the current 21 percent.

Warren did not say what she would do with the money raised. She earmarked some of the $2.75 trillion her wealth tax is predicted to raise to pay for a universal child care program.

She estimates about 1,200 publicly traded companies would be liable for the tax. It would also apply to private corporations, though not pass-through businesses, whose profits are recorded on the owners’ individual tax forms and which include many small businesses.

It would be complicated for companies because they would still have to pay the 21 percent corporate tax rate under current tax rules, and then pay the surcharge using a different accounting method.

Companies use different accounting rules when they report earnings to Wall Street than when they do their taxes. The differences are arcane, mostly having to do with how foreign income and accelerated depreciation of property and equipment are treated.

Depreciation reduces companies’ profits for tax purposes but it does not cut the earnings they report to investors. For example: If a company earns $10 but can deduct $9 for depreciation, its taxable income would be $1 but the firm would tell investors it made $10.

The tax would apply to businesses’ worldwide income, and firms would not get the benefit of credits against taxes they paid abroad, which means they could also face double taxation on their overseas earnings.