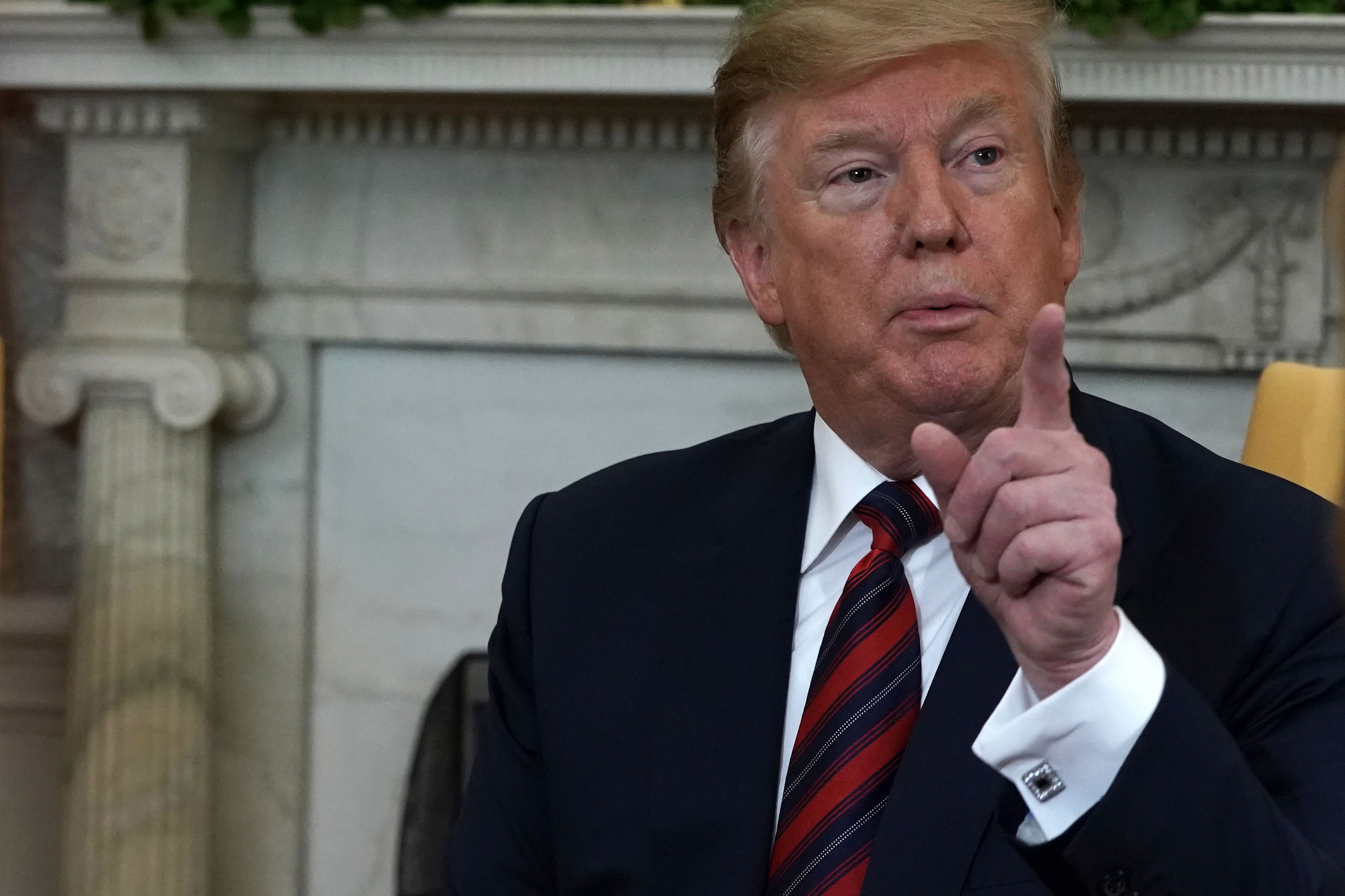 President Donald Trump on Thursday told reporters “there was absolutely spying into my campaign” in 2016, feeding partisan tensions about the anticipated release of special counsel Robert Mueller’s final report and the origins of the Russia investigation.

The president’s declaration comes a day after Attorney General William Barr told senators that he believed the FBI spied on Trump’s campaign and that he planned to investigate the genesis of the 22-month probe into whether Trump associates colluded with Russia to interfere in the 2016 election.

“I think what he said was absolutely true,” Trump said when asked if he was pleased with Barr’s comments. “There was absolutely spying into my campaign. I’ll go a step further — in my opinion, it was illegal spying, unprecedented spying and something that should never be allowed to happen in our country again.”

During a hearing about the Justice Department’s budget Wednesday, Barr told members of a Senate Appropriations subcommittee he is concerned “unauthorized surveillance” occurred on the campaign.

Two days after announcing Mueller had concluded his investigation last month, Barr sent a four-page memo to Congress that said the special counsel did not find sufficient evidence that the Trump campaign colluded with Russia. The attorney general also said the investigation did not clearly determine whether the president intended to obstruct justice.

Uncertainty surrounding the Mueller investigation has caused sharp partisan divides, as Democrats accuse Barr of mischaracterizing the special counsel’s findings, while Trump and his congressional allies repeatedly claim the report exonerates him.

Barr on Wednesday said he plans to release a redacted version of the report within the next week.