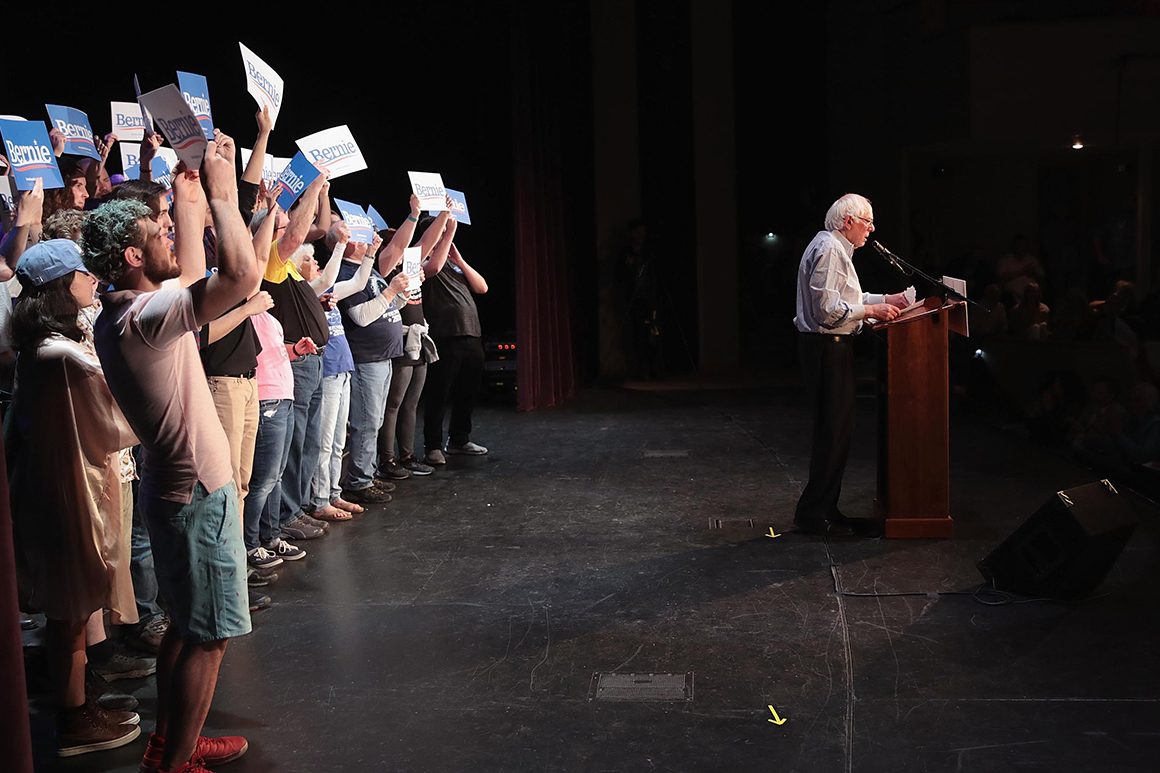 Sen. Bernie Sanders’ army of volunteers has signed up to host about 3,900 organizing parties for his presidential bid, his campaign told POLITICO.

The figure demonstrates the strength of Sanders’ volunteer operation, which includes a reported 1 million people who have agreed to rally support for his second attempt at the White House.

"People power is the unique and comparative advantage of the Bernie Sanders campaign," said Faiz Shakir, Sanders’ campaign manager. "We are seeing an extraordinary mass participation from a dedicated volunteer base, whose individual skills, life experiences and relationships to their communities allows us to connect with voters in a way that hasn’t been done before."

Sanders’ events will be held on April 27, the official kickoff of his presidential team’s organizing program, in all fifty states and Puerto Rico. Sanders’ fans will also host house parties in 19 countries outside of the United States.

Sanders put out a call for volunteers to hold the events in an email on April 3, telling his supporters that “this is the means by which we bring millions of Americans together to help transform our society.”

In the 24 hours after calling for the events, volunteers offered to hold 1,200 events, Sanders’ campaign said.

The Sanders team is planning to provide his volunteers with specific tools to begin helping him. In 2016, his staffers trained volunteers to orchestrate their own phone-banking and texting efforts, resulting in 80,000 events, 85 million phone calls, and 10 million peer-to-peer texts, according to his staff.

The strategy, known as “distributed organizing,” was also utilized by O’Rourke in his unsuccessful bid for the Senate in 2018.

Sanders’ campaign says it is putting its volunteers to work earlier this election cycle after getting off to a late start in the 2016 primary.