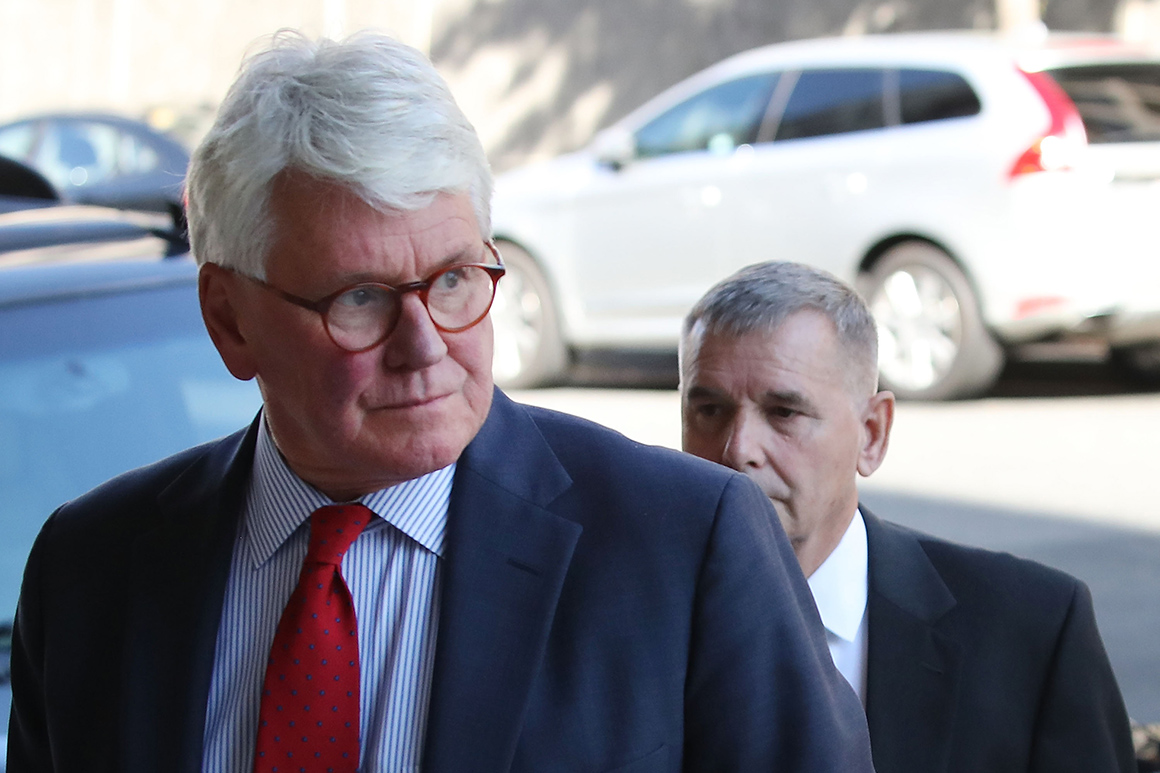 Robert Mueller’s investigation is over. But the government crackdown on unregistered foreign agents may be just getting started.

The Justice Department’s indictment of Gregory Craig, who served as White House counsel under President Barack Obama, on Thursday sent a clear signal to K Street that lobbyists who work for foreign interests without registering have reason to be afraid.

Some Washington lobbyists have been on edge since Mueller indicted Paul Manafort, President Donald Trump’s former campaign chairman, in 2017 on charges of violating the Foreign Agents Registration Act, a previously rarely enforced law requiring lobbyists and others who work on behalf of foreign governments and political parties to disclose their activity to the Justice Department.

While Mueller’s investigation of Russian interference in the 2016 election has wound up, the Justice Department last month signaled its willingness to continue prosecuting potential violations of foreign lobbying law by tapping Brandon Van Grack, a former prosecutor on Mueller’s team, to head up its FARA unit. Craig’s indictment is likely to reverberate through K Street as the crackdown continues, according to half a dozen Washington lawyers who have advised clients on complying with the law.

A letter from the FARA enforcement unit now “has to be taken as seriously as a heart attack,” said Matthew Sanderson, a lawyer at Caplin & Drysdale who advises clients on the law.

Craig was charged with misleading the Justice Department about his role in writing a report in 2012 on the prosecution of Yulia Tymoshenko, a former Ukrainian prime minister, while he was a partner at the law firm Skadden Arps Slate Meagher & Flom. Manafort arranged to hire Skadden on behalf of the Ukrainian government, although a Ukrainian oligarch paid most of the firm’s fees, according to the indictment.

When the report was finished, Craig helped to promote it to reporters in Washington and gave interviews to them. When the Justice Department sent a letter to Skadden to determine whether Craig’s actions meant he needed to register as a foreign agent, Craig made “false and misleading statements” to avoid registering, according to the indictment.

Craig has maintained he did nothing wrong.

“I did not participate in a scheme to mislead the government or conceal material facts,” he said in a video statement posted to YouTube on Thursday. “I was always honest about the reasons for my contacts with the media. This prosecution is unprecedented and unjustified. I am confident that both the judge and the jury will agree with me.”

But Skadden admitted in a settlement in January that the firm had misled the government and agreed to pay nearly $4.7 million it had earned for the work as a penalty. “We have learned much from this incident and are taking steps to prevent anything similar from happening again,” the firm said in a statement at the time.

David Laufman, a former chief of the Justice Department’s counterintelligence section who oversaw FARA enforcement, said the prosecution of Craig was likely to lead other law firms and public relations shops to be more careful.

“The cost of not doing so now is potentially devastating,” said Laufman, who now advises clients on complying with the law.

Skadden isn’t the only firm that’s suffered as the government has cracked down. The Podesta Group, one of the top lobbying firms in Washington, collapsed in 2017 shortly after Manafort’s was charged with breaking foreign lobbying law.

While the Podesta Group didn’t face any charges, the firm retroactively registered for lobbying work it did with Manafort and his deputy, Rick Gates, on behalf of the Ukrainian government.

Unlike those men, however, Craig is a longstanding member of the Washington establishment — a Yale Law School graduate who worked in two White Houses and as an aide to the late Sen. Ted Kennedy (D-Mass.) in between stints in private practice. His indictment as part of the FARA crackdown signals “there’s really no scalp that is too high-profile for them to go after,” said Sanderson, the Caplin & Drysdale lawyer.

Lobbyists are often reluctant to register as foreign agents, in part because doing so requires them to disclose their meetings and phone calls with government officials in more detail than if they register under domestic lobbying rules. And lawyers such as Craig who don’t lobby may not want to register at all if they can help it.

“I don’t want to register as a foreign agent under FARA,” Craig wrote in a 2012 email to another Skadden partner cited in the indictment. “I think we don’t have to with this assignment, yes?”

The Justice Department’s willingness to go after Craig underscores that lobbyists need to be careful not only to make sure they register as foreign agents if necessary, but also to answer follow-up inquiries from the government carefully, lawyers said.

“Sometimes it really is the fact that the cover-up is worse than the crime,” said Joshua Rosenstein, a lawyer at Sandler Reiff Lamb Rosenstein & Birkenstock who advises clients on complying with FARA. “It’s unclear that any of this would have happened if Mr. Craig was forthright with the government to begin with.”

Many firms “are no longer quite as willing to take risks or operate in gray areas,” Rosenstein added.

The fear of a crackdown has led to a surge in demand for lawyers with FARA expertise. Thomas Spulak, a lobbyist at King & Spalding who also advises clients on FARA matters, said on Thursday he’d been on the phone with a client trying to figure out whether to register as a foreign agent right before taking a call from a reporter.

Two lawyers said they expected the Justice Department to look into companies with ties to Chinese, Russian and Middle Eastern countries as part of the crackdown, as well as nonprofits with potential foreign ties.

Some lobbying and public relations firms have started to register as foreign agents as a precautionary measure even if they might not be strictly required to do so.

The public relations firm Burson Cohn & Wolfe registered as a foreign agent to represent Huawei, the embattled Chinese telecommunications company, last month even though some other firms working for Huawei in Washington have elected to register under less-stringent domestic lobbying rules.

“It is our understanding that Huawei Technologies Co. Ltd. is a private, employee-owned company,” Burson noted in its disclosure filing. “That understanding and our responses to Question 8(b) above are based on publicly available information. We have requested, but have not obtained, confirmation of this information from Huawei.”

Registering and complying with FARA may be less painful than not doing so now, Rosenstein said.

“It seems to be increasingly palatable for many firms to incur the compliance burden when the alternative may be a very public prosecution,” he said.