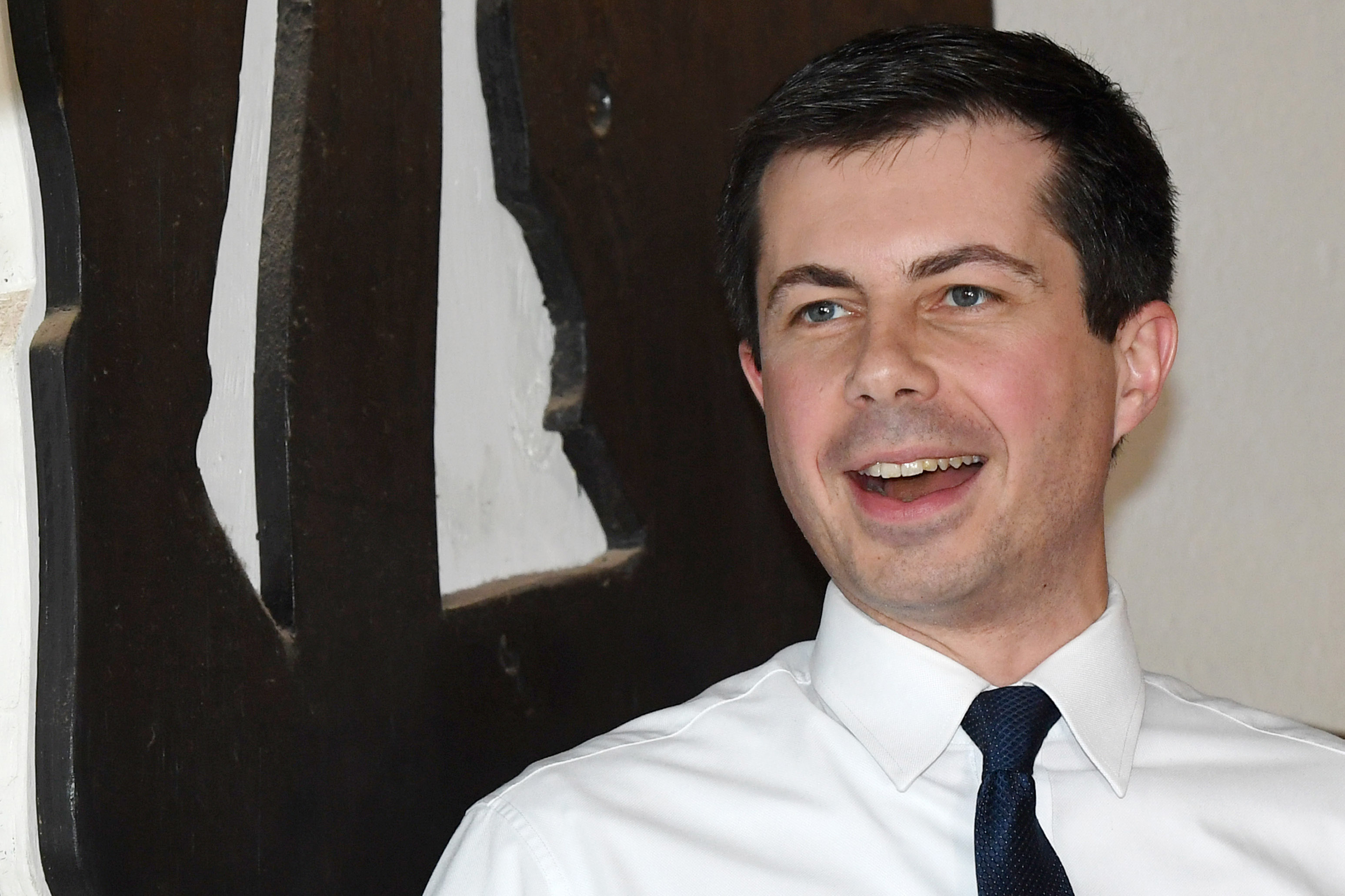 The Monmouth University poll shows Biden, who hasn’t officially entered the race, is the first choice of roughly a quarter of likely caucusgoers, 27 percent. He’s followed by Sen. Bernie Sanders (I-Vt.) with 16 percent and Buttigieg, the mayor of South Bend, Ind., with 9 percent.

That places Buttigieg marginally ahead of a handful of candidates who entered the race with more established profiles: Sens. Kamala Harris (D-Calif.) and Elizabeth Warren (D-Mass.) are at 7 percent, former Rep. Beto O’Rourke (D-Texas) is at 6 percent, Sen. Amy Klobuchar (D-Minn.) is at 4 percent and Sen. Cory Booker (D-N.J.) is at 3 percent.

The last nonpartisan poll in Iowa — conducted a month ago for CNN, the Des Moines Register and Mediacom, a local cable company — also had Biden atop the field with 27 percent. Sanders was closer, with 25 percent. But Buttigieg was an also-ran in that survey, with just 1 percent.

But Buttigieg has his fans: 45 percent of caucusgoers view him favorably, while 9 percent have an unfavorable opinion of him. The remaining 22 percent say they have heard of Buttigieg but don’t have an opinion of the 37-year-old candidate.

“Buttigieg’s current standing in the horse race is impressive given that nearly half of likely Democratic caucusgoers have yet to form an opinion of him,” said Patrick Murray, the director of the Monmouth University Polling Institute. “He has one of the best positive to negative ratios in the field. He could move up if he is able to maintain that rating as he introduces himself to more voters.”

Biden, meanwhile, is running ahead of the pack despite a spate of news stories about physical contact with women who say the former vice president made them uncomfortable. But more than three-in-four caucus-goers, 78 percent, have a favorable opinion about Biden. Just 14 percent view him unfavorably.

This poll also marks a milestone for former Rep. John Delaney (D-Md.) and Andrew Yang: It is the third approved poll for the early Democratic presidential primary debates in which they have gotten at least 1 percent, one of the ways to qualify to get up on stage. Yang has previously announced he crossed the 65,000 unique donor threshold, the other way to qualify.

A POLITICO analysis finds that 14 candidates have qualified for the debate stage through polling, while Rep. Tulsi Gabbard has also said she has passed the donor threshold. If more than 20 candidates qualify through either method, a series of tiebreakers will determine the final lineup.

The Monmouth poll also tests two policy initiatives being embraced by some of the candidates and finds more caucus-goers are prioritizing “Medicare-for-All” over the “Green New Deal.” Nearly half, 49 percent, say it’s “very important” Democrats nominate a candidate who supports “Medicare-for-All;” Sanders introduced a bill in Congress earlier this week that would establish a single-payer health care system.

But only 31 percent of likely caucusgoers say it’s very important Democrats nominate a candidate who supports the “Green New Deal,” a package of environmental proposals championed by liberals in Congress and supported by most of the senators in the presidential field.

“The Medicare-for-All push seems to resonate more in Iowa than the Green New Deal, although these are largely catch phrases at this early stage of the campaign. It does seem that candidates have an opportunity to coalesce a sizable voting bloc around an environmental agenda,” said Murray.

The Monmouth poll was conducted April 4-9, surveying 351 likely Democratic caucusgoers. The margin of error is plus or minus 5.2 percentage points.