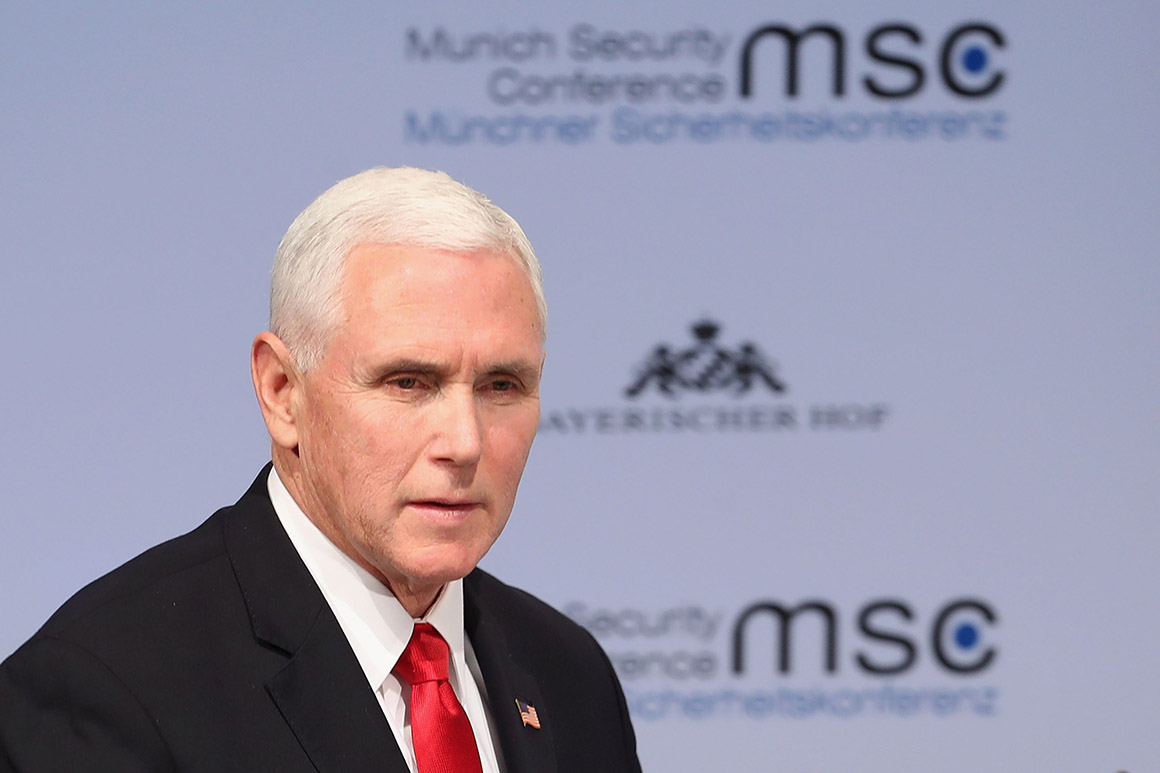 “He’s said some things that are critical of my Christian faith and about me personally. And he knows better,” Pence said Thursday in a CNBC interview. “He knows me.”

Conservatives have accused the 37-year-old candidate of bashing the vice president to endear his campaign — which garnered an explosion of interest in the last month — among those on the left, particularly liberal Christians and the LGBT community.

Buttigieg on Sunday again went after Pence from the campaign trail, speaking about his own decision to come out as gay in 2015 at the LGBTQ Victory Fund National Champagne Brunch in Washington, D.C.

“If me being gay was a choice, it was a choice that was made far, far above my pay grade,” Buttigieg said. “And that’s the thing I wish the Mike Pences of the world would understand. That if you got a problem with who I am, your problem is not with me — your quarrel, sir, is with my creator.”

The mayor has a history with the vice president that dates back to 2011, when he met Pence — then a congressman for Indiana — at the Indy 500 automobile race. On that day, “a long and complicated relationship began,” Buttigieg writes in his memoir, “The Shortest Way Home.”

Both men have described positive past interactions when meeting in the world of Indiana politics, at times lauding the other’s policies or personality.

“I worked very closely with Mayor Pete when I was governor of the state of Indiana, we had a great working relationship,” Pence said Thursday.

Buttigieg has complimented his former governor, too, recounting in his memoir a day in 2016 when he called Pence’s economic development plan “visionary.” Pence returned the praise by saying South Bend was “so blessed to have an energetic, innovative, forward-looking, creative mayor.”

It’s unclear when exactly the relationship took a turn for Buttigieg. He writes that the former governor was different from his predecessors for his fixation on social issues. He spoke out publicly in 2015 against Indiana’s Religious Freedom Restoration Act, a piece of legislation Pence signed that people argued could be used to discriminate against LGBT individuals.

Some have speculated the mayor is jockeying to appeal to moderates, or even some on the right. Buttigieg has a background in business and the military, regularly attends church and comes from a mid-sized industrial Midwestern city — perhaps traits that could help his odds in a general election.

“I get it, you know,“ Pence said of Buttigieg’s comments. “Nineteen people running for party on that side, in a party that’s sliding off to the left. And they’re all competing with one another for how much more liberal they can be.“