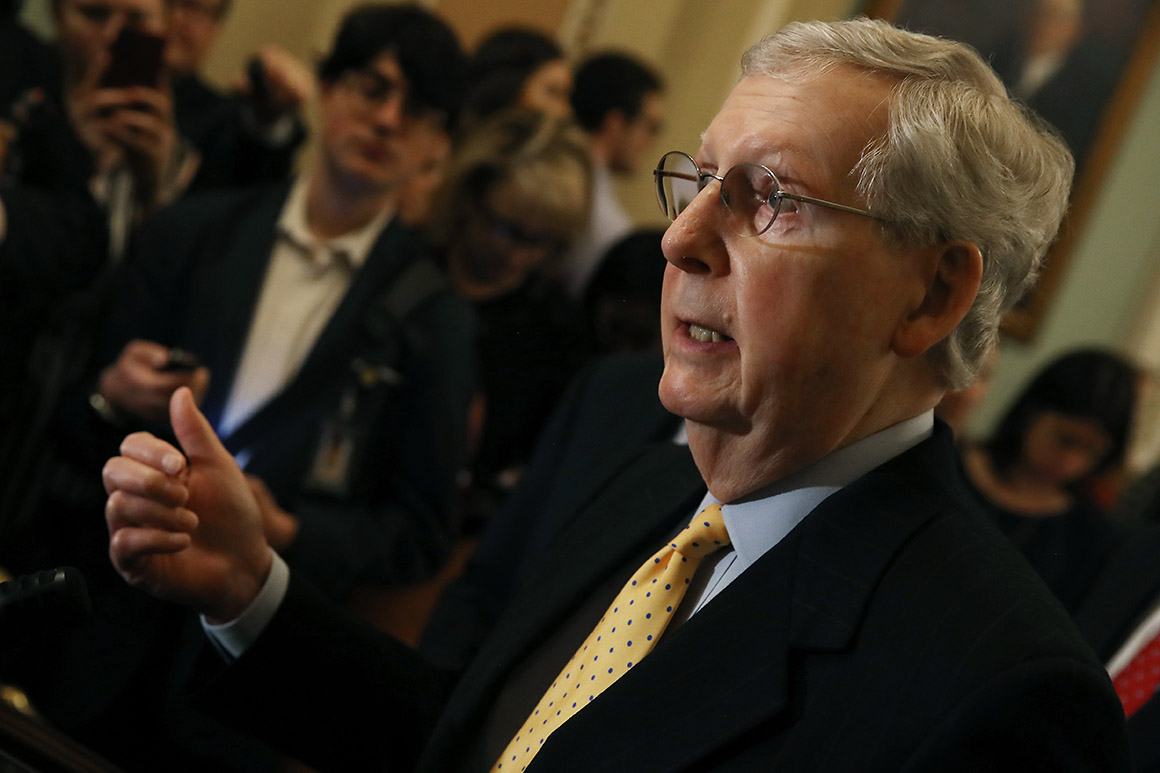 Senate Majority Leader Mitch McConnell said Thursday that he was willing to work with Democrats on a bipartisan immigration deal, blaming both parties for failing to address the issue.

“I think it’s way past time for us to have an adult bipartisan discussion about our immigration laws and see what we can agree to,” the Kentucky Republican said. “I’m willing to enter into a negotiation to see what we can do to fix the problems.”

McConnell’s openness to working on an immigration deal comes as the Department of Homeland Security has seen a purge in personnel, with the resignation of Secretary Kirstjen Nielsen and other senior officials. President Donald Trump has made cracking down on illegal immigration a top priority — his insistence on funding for a southern border wall prompted the recent 35-day government shutdown.

McConnell acknowledged Thursday that immigration policy “can’t all be solved by changing personnel” and that changing the law is needed to improve the situation.

He added that any alterations to the law would require addressing border security as well as asylum, which he described as “very challenging when you’re confronted with this onslaught of people.”

The Senate attempted last year to reach a bipartisan immigration deal that would have provided as many as 1.8 million young undocumented immigrants a path to citizenship and provide $25 billion for border security. But those talks fell apart after Trump said he wouldn’t support the deal.