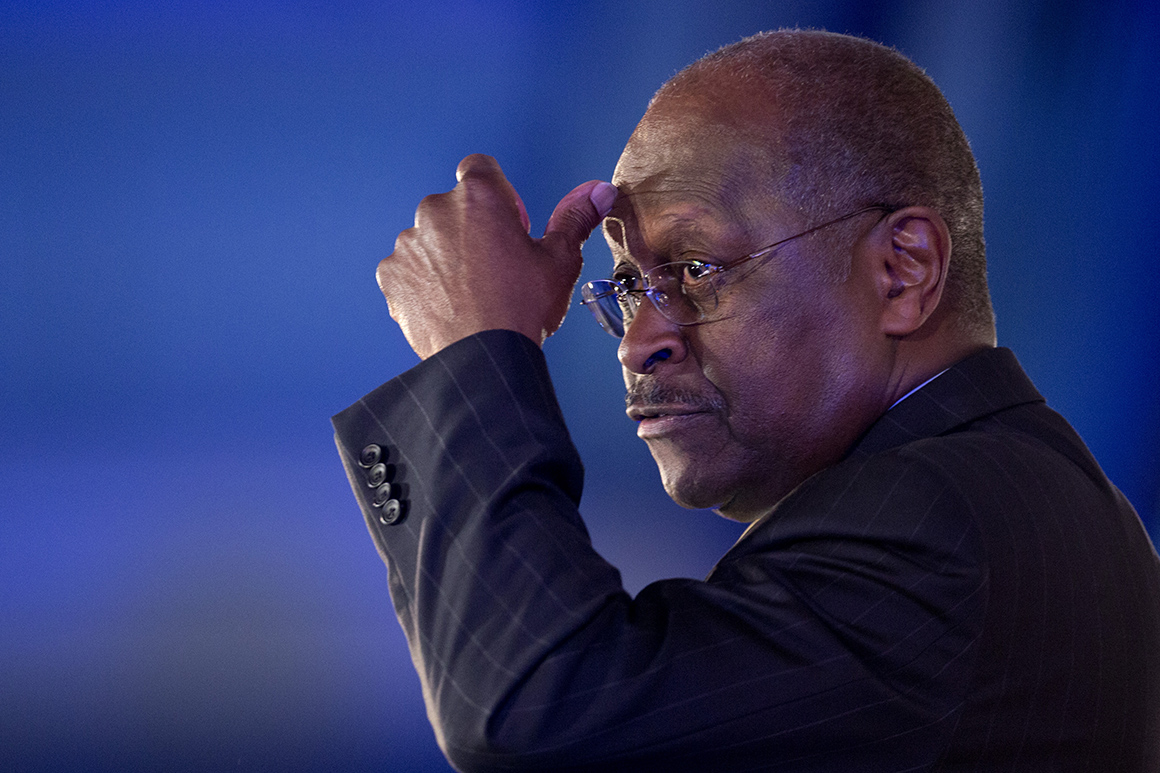 The Senate Majority leader’s remarks to reporters came as four GOP senators have signaled they would vote against the former businessman and presidential candidate either over his lack of experience or sexual harassment allegations.

And Sen. Joe Manchin (D-W.Va.) said in a C-SPAN "Newsmakers" interview with POLITICO that he was unlikely to support Cain, essentially leaving him without a road to the 50 votes needed for confirmation in the Senate.

"There was a lack of enthusiasm among a number of our members about that particular nominee," McConnell said of Cain.

McConnell said he has not spoken to President Donald Trump about Cain, who has not been formally nominated yet.

But the Kentucky Republican did publicly offer some blunt advice for the administration as it floats Cain and Stephen Moore for the Fed and immigration hardliners Ken Cuccinelli and Kris Kobach to lead the Department of Homeland Security.

"There are two things the administration ought to consider before nominating someone: first a background check and second, likelihood of confirmation. And generally better to check that up in advance before you send that nomination up," McConnell said on Thursday afternoon. "There are a number of members … who had some reservations about some of the names that have been mentioned."

McConnell declined to handicap the remaining controversial nominees, except for one: Cuccinelli, who has run the Senate Conservatives Fund since 2014. The former Virginia attorney general joined the group right after SCF failed in its attempt to beat McConnell in his primary against Matt Bevin.

"I have expressed my, shall I say, lack of enthusiasm, for one of them who was mentioned in some story and that was Ken Cuccinelli who used to run the Senate Conservatives Fund. And may still run it," McConnell said. "But again, he hasn’t been nominated."