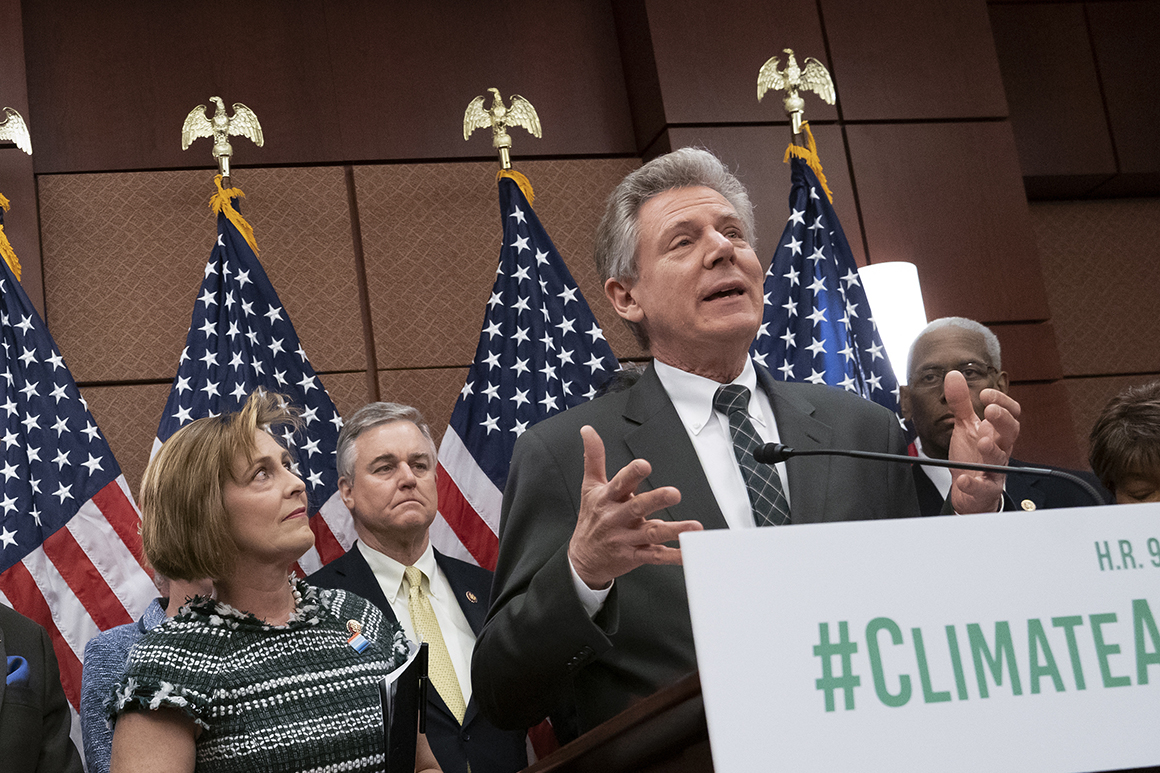 The House Energy and Commerce Committee is launching an investigation into whether top EPA officials violated ethics rules by launching a rollback of air pollution regulations that benefited their former lobbying clients in the electric utility sector.

The committee’s Democrats are seeking to probe communications between the utilities and an industry group that was run from the offices of the lobbying firm Hunton Andrews Kurth, which had employed Bill Wehrum, EPA’s air chief, and David Harlow, the EPA air office’s senior counsel. That industry organization, the Utility Air Regulatory Group, generated $8.2 million in 2017 alone for the lobbying firm and raised questions about whether Wehrum’s involvement with it followed ethics guidelines, as first reported by POLITICO.

The lawmakers are seeking communications between the power companies and Hunton with EPA officials and to clarify their relationship to UARG. And the lawmakers are looking at whether Wehrum and Harlow worked on a December 2017 EPA policy memo that benefited one of their former clients, Michigan utility company DTE Energy. Democrats have separately asked the EPA Office of Inspector General to investigate that matter for a possible ethics violation.

"These allegations have raised substantial questions regarding whether Mr. Wehrum and Mr. Harlow are properly carrying out the [Clean Air Act] as directed by Congress or instead changing Agency policies and programs to benefit former clients, who are also clients of your law firm," the lawmakers wrote to Hunton Andrew Kurth managing partner Wendell Taylor.

POLITICO in February reported that Wehrum continued to hold meetings for UARG while working at Hunton even as he was being considered for his job at EPA. A June 2017 meeting at Hunton’s office, which Wehrum attended, included a UARG proposed budget and policy blueprint that laid out many of the regulatory changes the group sought — and which resembles the policy moves that Wehrum is now overseeing at EPA. Those documents, first obtained by POLITICO, listed UARG member companies and the fees they were to pay Hunton for UARG dues.

Since becoming EPA’s assistant administrator for Air and Radiation, Wehrum has moved aggressively to undo regulations related to climate change, smog and mercury emissions that many coal-burning utilities have long opposed.

Wehrum has maintained that his client was UARG, not the utilities that made up its membership. At EPA, he has recused himself from participating in "particular matters" involving UARG.

Energy and Commerce Democrats want to shed more light on the relationship between Hunton, UARG and the companies, particularly whether the utilities used shareholders’ funding or money derived from rate-paying customers to cover the fees. The companies that were sent the letters were DTE, Southern Company, American Electric Power, Ameren, FirstEnergy, Tennessee Valley Authority, Tri-State Generation and Transmission Association and Vistra Energy.

The committee also requested all paperwork "relating to the legal status of UARG," as well as documentation regarding UARG’s funding requests and workshop materials, and communications with 22 current and former EPA officials. It gave an April 25 deadline for handing over those materials.

It also sought communications from DTE on the case it had before the Supreme Court when EPA released its December 2017 policy memo in which EPA said it would stop questioning the pollution emissions projections that companies make when applying for a New Source Review permit. Those permits are needed by companies when they are seeking to expand facilities like power plants and result in significant new emissions.

“EPA has not received a similar letter from Congress today. Since Bill Wehrum and David Harlow started at EPA they have both been recused from all particular matters where DTE is a party,” EPA spokesperson James Hewitt said in a statement.

The eight utilities did not respond to a request for comment. Duke Energy, which did not receive a letter, told POLITICO it left UARG last month. Duke was UARG’s top-paying member in 2017, accounting for $726,108 in dues.

“We have just received a letter from the Energy & Commerce Committee and are reviewing it now,” Hunton Andrews Kurth said in a statement.