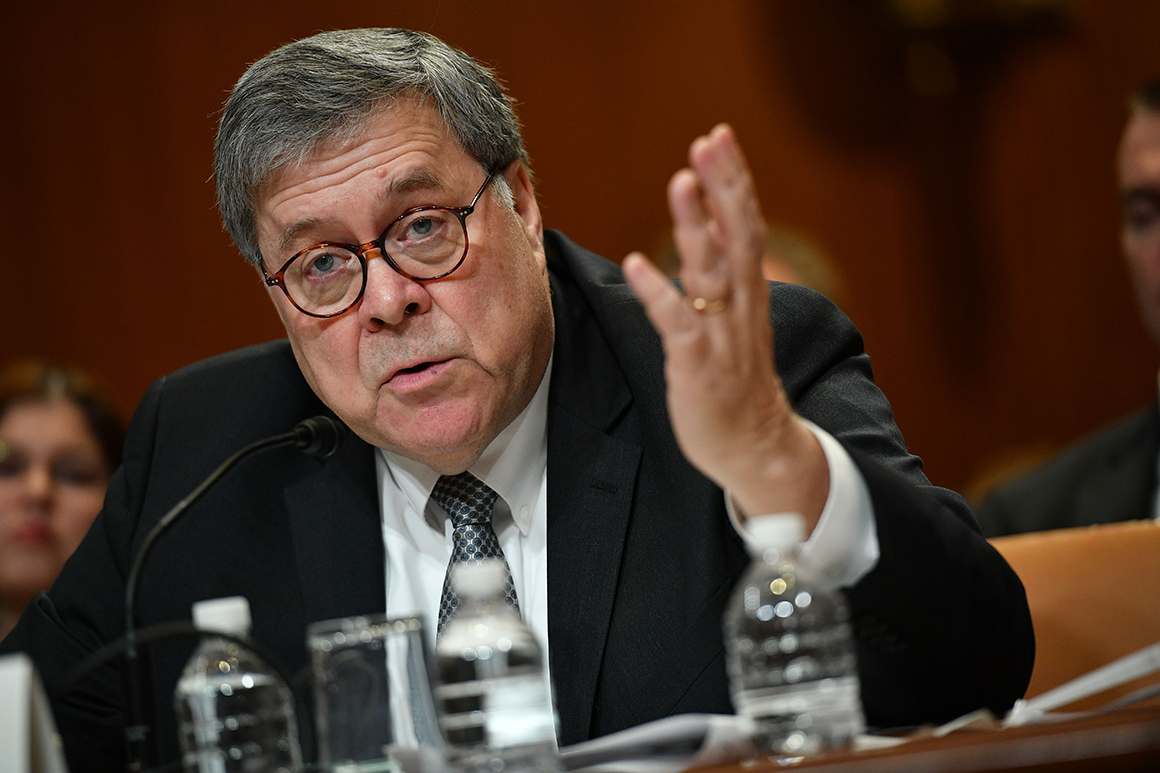 Attorney General William Barr dared to use the s-word.

He said in congressional testimony Wednesday that the Trump campaign had been spied on by the U.S. government. Pressed by incredulous Senate Democrats, he clarified, “I think spying did occur. The question is whether it was adequately predicated.”

“Spying” has a negative connotation, so perhaps “surveilling” would be the better way to put it. But a key question is indeed whether there was “improper surveillance” of the campaign, as Barr stated at another point in the hearing.

The day before on Capitol Hill, Barr said he’s reviewing the conduct of the Russia investigation, which is getting denounced as an outrage by his critics. But why shouldn’t the attorney general of the United States seek to understand his department’s role in the high-stakes investigative melodrama of the past two years?

The Mueller probe was a national trauma. Its boosters didn’t experience it as such, of course. They enjoyed it and played it up and hoped for the very worst. But it cast a shadow over the White House, occupied an inordinate share of the nation’s political attention and saddled innocent people who were caught up in it with large legal bills.

And for what? To establish that the far-fetched theory that the Russians coordinated with the Trump campaign indeed wasn’t true, and to take a pass on pronouncing one way or the other whether President Trump allegedly obstructed justice? (And to nail Paul Manafort to the wall, something the Department of Justice surely could have done without the help of a special prosecutor?)

You don’t have to be a deep-state conspiracy theorist (I don’t particularly like the phrase “deep state” in the American context), to want to know how this got started and why.

Not to visit vengeance upon Trump enemies or “lock them up,” in the repurposed chant from Trump rallies, but to get to the truth, both for the sake of transparency and, one hopes, to avoid going down this route ever again.

After the Ken Starr investigation into Bill Clinton, even though the two parties had very different views of the merits of Starr’s work, there was a broad consensus that constantly subjecting a president and his Cabinet members to independent counsel probes was a bad idea. The independent counsel statue was allowed to lapse.

There’s going to be no similar consensus that this process went off the rails, obviously. The posture of Democrats will be to make the most of the actual Mueller report (including advancing dark theories about the reasons for redactions), and then move on to investigating Trump’s business dealings and to the fight to get his tax returns.

Everything is fair game is the era of nonstop investigations — except for the work of the people who stoked a yearslong hysteria about a nonscandal.

We should try to find out as reliably as possible how much FBI and other high-level officials were legitimately — and understandably — freaked out by some of the Russia connections of Trump associates and by what Trump said about Vladimir Putin, and how much they were acting in an amateurish panic and out of partisan malice.

How was it that a garbage anti-Trump dossier gathered by an ex-foreign spy from shadowy Russian sources came to set so much of the media narrative about the Russia probe, and evidently have an outsize influence on the thinking and the actions of the FBI?

It may be that without the dossier there wouldn’t have been a Foreign Intelligence Surveillance Act warrant against Carter Page. Barr is surely at least thinking of Page when he talks of spying during the campaign. It’s true that the FISA warrant on Page was approved after he had left the campaign, but the surveillance would have extended both forward and backward in time, to likely include campaign communications.

And the FBI obviously had the campaign in mind. It wrote in the FISA application, “The FBI believes that the Russian government’s efforts are being coordinated with Page & perhaps other individuals associated with [Trump’s] campaign.”

It can be true both that Page is an oddball with noxious views about Russia, and that an injustice was done to him.

How was it that the FBI opened an investigation against the president when he fired its director? And why did it apparently think it could make an obstruction of justice case against Trump for acting within his lawful powers?

In those fraught days after the firing of James Comey, why did Deputy Attorney General Rod Rosenstein appoint Robert Mueller, in part, to investigate the cashiering of Comey that he was party to, and without specifying the crime that the president was being investigated for, as required under the special counsel regulation?

The appointment of Mueller was so key because once you have a special counsel, even one who is highly professional and judicious, you have an investigative beast roaming the landscape that will inevitably command an enormous amount of press attention and, past experience shows, find crimes to prosecute even if they are removed from his original charge.

Of course, this is precisely one of the reasons why Mueller had such fervent support among Trump’s detractors. But there is no reason that Barr should share their assumptions, or their horror at the idea of finding out more about the investigation that, for two solid years, they portrayed as the single most important event in American public life.

Maybe the s-word is indeed too pejorative. By getting as much information out publicly about the roots of Russia probe, Barr can let people decide for themselves.