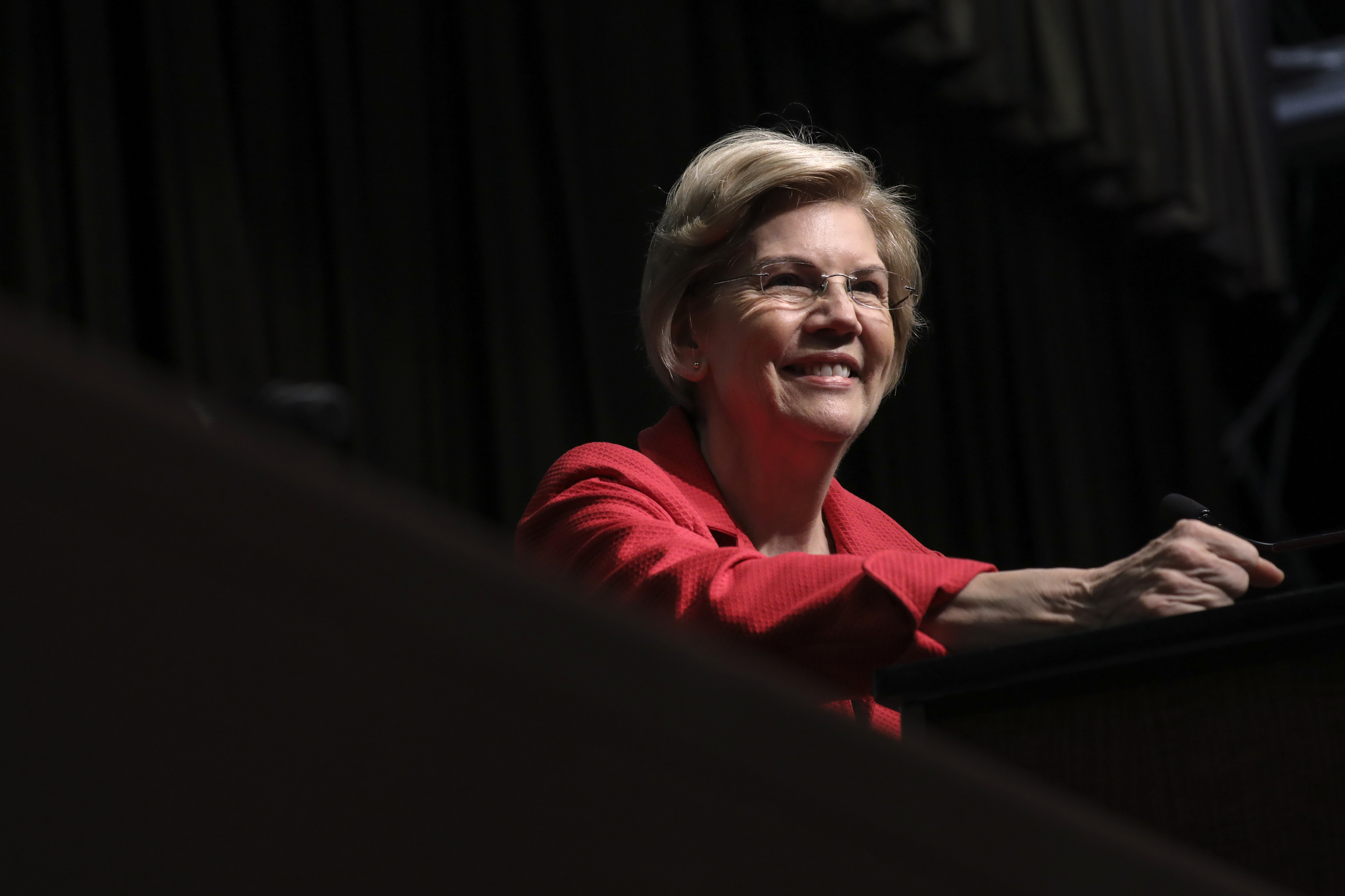 Sen. Elizabeth Warren raised $6 million in the first three months of the year, landing her in the middle of the pack of 2020 candidates and highlighting the difficulty ahead competing for money against more prolific fundraisers like Bernie Sanders and Beto O’Rourke.

The Massachusetts Democrat also burned through more than 85 percent of what she raised in the first quarter.

While Warren has a comfortable cushion in the bank of funds leftover from her Senate campaign fund, with nearly $11.2 million cash on hand, the early fundraising reveals that Warren is spending like a front-runner but isn’t yet raising money like one.

That’s due in part to Warren’s self-imposed limits on dialing up high-dollar donors and holding big-money fundraisers, which she enacted in February. It’s also a testament to a weighty campaign infrastructure, with more than 50 staff members and robust organization already built in early presidential primary states, all of which was set up earlier than the rest of the Democratic presidential field.

Warren’s financial support came almost exclusively from grassroots, online donations: Of the more than $6 million Warren raised, the average donation was $28 from 135,000 people who gave 213,000 contributions.

There were some bright spots for Warren, including the $11.2 million she has in the bank to start the second quarter, a strong figure can sustain her campaign at least for the near future. She can go back to her existing donors for more money since so few of them have given large donations already. And in a sign of sustained enthusiasm, Warren, who raised $300,000 on her campaign launch day, was able to raise more than $1.4 million in the last week of the quarter, including 50,000 new donations.

“You might have seen some of the big numbers in the headlines, from $7 million to $18 million. Here’s a tip: Take a look at the number of grassroots donors — and donations — that candidates report,” Warren campaign manager Roger Lau said in an email that went out to supporters Wednesday. “For instance: One of the other candidates who had more or less the same number of donations raised 55% more money because of big-dollar contributions. Another candidate had just about the same number of people donate overall, but also raised twice as much money from big-dollar donors.”

Harris brought in $12 million, about half of which came from online donors, and she has about $9 million cash on hand, according to the campaign, with a burn rate at 30 percent. Sanders burned through about $4 million in the first quarter, even though he launched his campaign seven weeks after Warren. However, he also raised more than twice as much in his campaign account as Warren.

Warren about matched Harris’ online small donor donations. Both campaigns invested heavily in digital fundraising infrastructure and both are for the first time tapping their existing email lists for presidential donations — as is O’Rourke, whose email list was freshly built during his close Senate loss against Republican Sen. Ted Cruz in Texas last year.
O’Rourke raised $9.4 million in the first quarter. Only Sanders has had the benefit of having an expansive email list of people built for a presidential campaign.

Warren’s strategy has been to lead the pack in introducing new policies, and while other candidates’ time has been occupied by pitching to big donors, keeping them off the road, Warren has invested that time in traveling and holding events across the country. She’s also led the field in policy proposals that have garnered national headlines.

“Elizabeth’s held 48 events in 12 states plus Puerto Rico, taking over 200 questions from voters about what’s on their minds,” Lau said in the supporter email. “More than 22,000 people have attended events, with Elizabeth taking about 13,000 selfies with people who stayed behind to chat more after they were over.”

That approach is costlier — but the Warren campaign believes the long-term investment will ultimately pay off because of her personal interaction with voters.