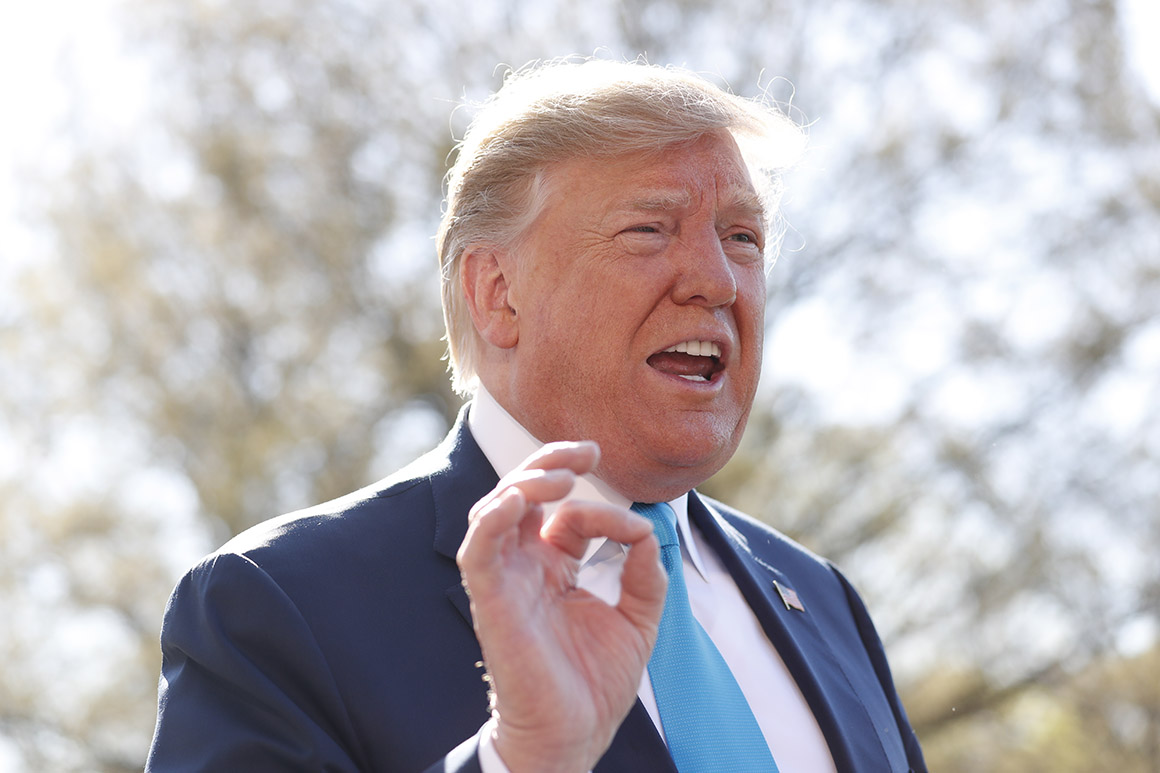 President Donald Trump on Wednesday said he won’t voluntarily release his tax returns to congressional Democrats, setting up a showdown with lawmakers who have set a deadline of Wednesday for the IRS to turn over the elusive financial documents.

Talking with reporters before leaving the White House, Trump again claimed that he’s under audit, a familiar refrain dating back to his presidential campaign, and argued that his returns weren’t a concern to voters who’d already elected him without seeing them.

“There is no law. As you know, I got elected last time with the same issue, and while I’m under audit, I won’t do it,” he said, claiming that was the chief holdup. “If I’m not under audit I would do it, I have no problem with it. Under audit I wouldn’t give my taxes.”

Trump during the 2016 election broke a decades-long precedent set by presidential candidates in not releasing his tax returns, and last month the head of the House Ways and Means Committee, Massachusetts Democrat Richard Neal, asked the IRS to turn over six years of the president’s personal and business returns.

Neal set a deadline of April 10 before possibly moving to subpoena Trump’s returns, but the president reasoned on deadline day that “frankly the people don’t care” about what his returns could reveal about his finances.

He noted that he released a lengthy financial summary in 2016 in lieu of his tax returns, and suggested Democrats were demanding his returns now because that document wasn’t sufficiently damaging for his opponents.

“What I have done is approximately a 104-page summary, and really in great detail, of assets and values and nobody wants to go over that because it’s so good,” he said.

He also claimed he was acting on sound legal advice by keeping his returns private, informing reporters that “no lawyer would tell you to release your tax returns while you’re under audit.”

But while Trump has at times indicated some degree of openness to releasing his returns if not for the ongoing audit, other White House aides have been more firm in their resistance to the Democrats’ request.

“Oh, no. Never. Nor should they," acting chief of staff Mick Mulvaney said this week on “Fox News Sunday” of the release of Trump’s returns.