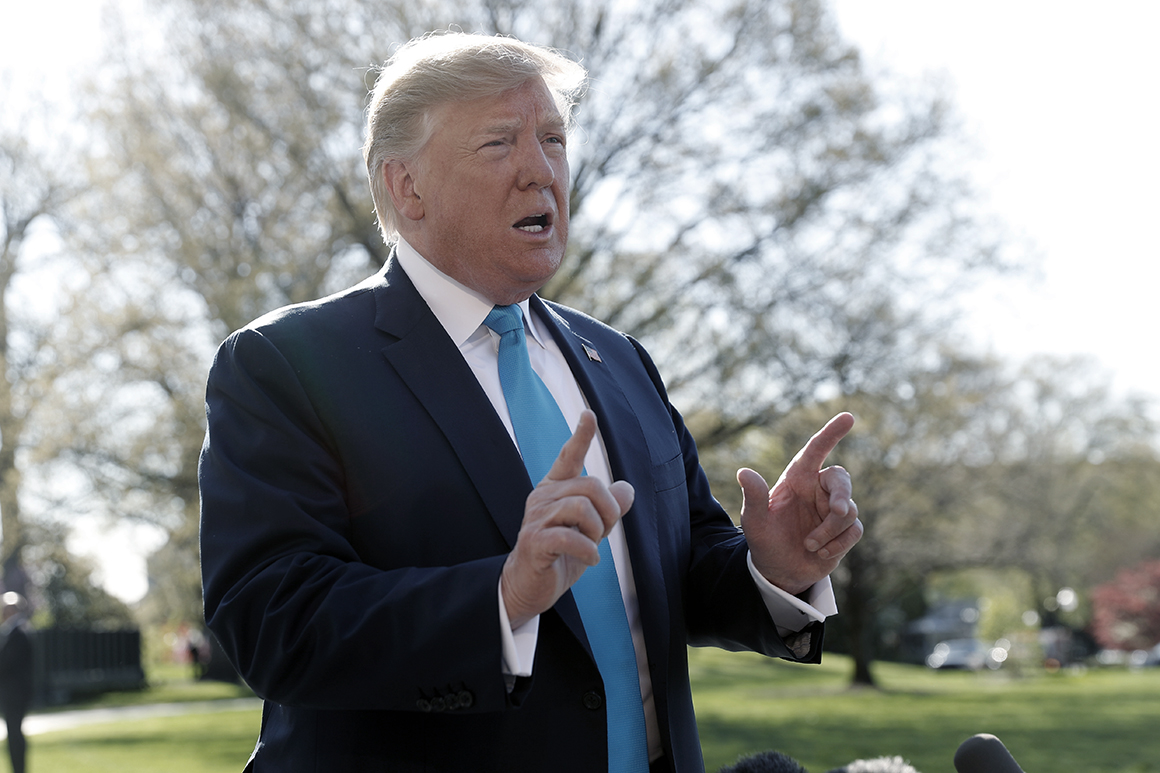 President Donald Trump on Wednesday predicted that his administration’s goal of bringing peace to the Middle East has a better shot at success now that Israeli Prime Minister Benjamin Netanyahu is likely going to be reelected there.

Speaking to reporters on the south lawn of the White House Wednesday, Trump congratulated one of his closest international allies on his likely victory in the tight race.

“It may be a little early but I’m hearing he’s won it and won it in good fashion. So he has been a great ally. He is a friend. I would like to congratulate him,” he said, referring to the prime minister by his nickname. “That was a well fought-out race I can tell you. But it looks like Bibi has won that race.”

Trump, who welcomed Netanyahu to the White House just weeks before Tuesday’s elections, cast the prime minister’s win for a fifth term as a promising development for his administration’s plan to strike a peace deal between Israel and Palestine.

“The fact that Bibi won, I think we’ll see some pretty good action in terms of peace,” he said. “Look, everyone said — and I never made it a promise — but everybody said you can’t have peace in the Middle East with Israel and the Palestinians. I think we have a chance. I think we have now a better chance with Bibi having won.”

The administration has yet to release its blueprint for the deal that has evaded U.S. leaders for decades, but has said it would do so after Israel’s elections.

On Wednesday, national security adviser John Bolton suggested that the plan would be unveiled imminently now that Netanyahu is likely to remain in power.

“We’ve been in the preparatory stages to getting it ready. And I think we’re going to see that coming out in the very near future,” he told conservative talk show host Hugh Hewitt. Bibi’s reelection “opens all kinds of prospects,” he noted.

But while Netanyahu’s reelection signals consistency for the friendly relationship between the U.S. and Israel, the prime minister still faces the hurdle of potentially being indicted on corruption charges later this year, while Trump faces the looming prospect of being hammered by Democratic investigations into his presidency.