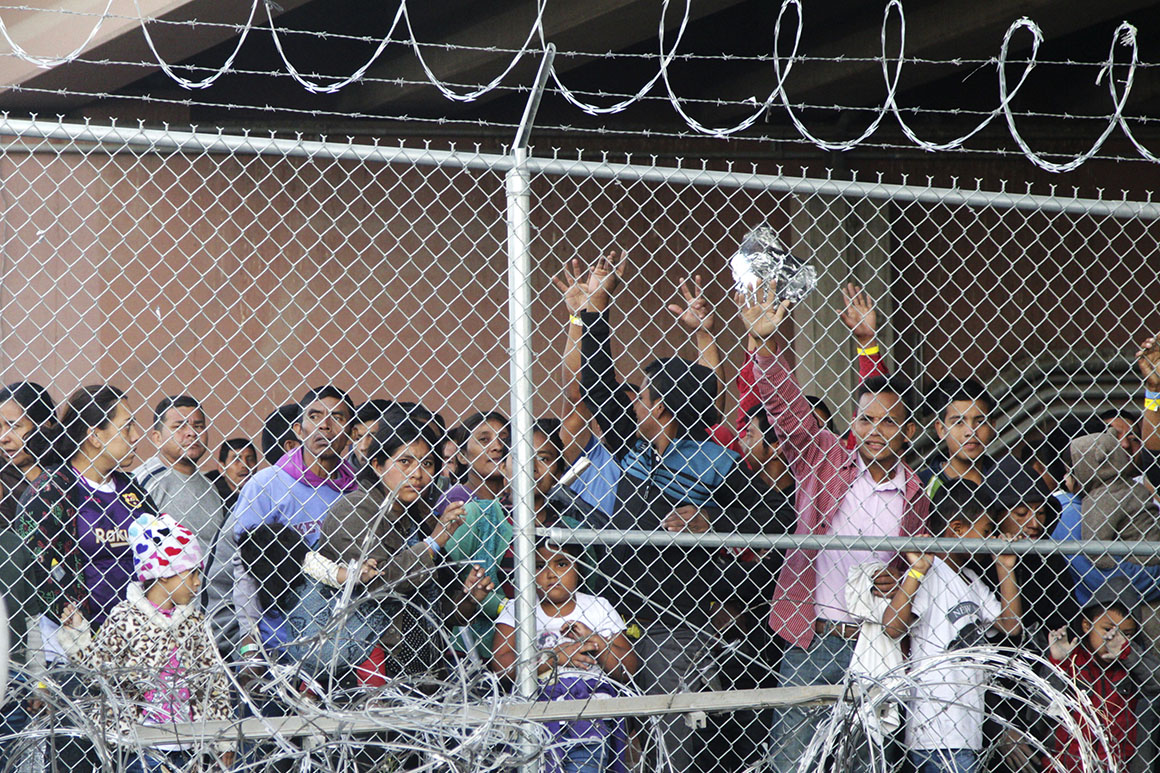 On Tuesday, President Donald Trump said his administration has no intention of separating migrant children from their parents.

But two senior administration officials on Wednesday appeared to contradict the president, saying the federal government is indeed weighing a policy that would have the same ultimate effect.

U.S. Immigration and Customs Enforcement is currently “analyzing the value and efficacy” of a new program that, if implemented, would again lead to the separation of immigrant families after they’ve been apprehended at the border, the first senior administration official said.

The “binary choice” policy, as it’s being referred to in internal discussions, aims to deter illegal immigration by presenting migrant parents who are caught crossing the border illegally with a stark option: They can remain detained with their children indefinitely while they await a final removal order, or they can release their children into a separate government shelter where other relatives could take custody of them.

The senior administration official made a distinction between this binary choice option and the administration’s prior practice of forcefully separating migrant youth from their parents at the border.

“Binary choice is different. That’s up to the parent. That means we wouldn’t be separating anybody. The parent makes that decision,” the official said.

A second senior administration official confirmed the discussion, but said that officials in charge of immigration policy “presume relatively few people would choose” the latter option, in which parents would await their removal order while in separate custody from their children.

The same official said the policy proposal “has not yet been brought to the White House for consideration for implementation” because ICE is grappling with “serious resource constraints” that would hamper its effectiveness.

The officials were seeking to explain why, in an Oval Office meeting with the Egyptian president on Tuesday, Trump repeatedly told reporters he had no intention of returning to the practice of separating migrant families.

Ousted Homeland Security Secretary Kirstjen Nielsen had pushed back against efforts within the administration in recent weeks to reinstate family separations, according to two sources close to the agency.

The previous policy that resulted in family separations, known as “zero tolerance,” became a public relations disaster for the White House heading into the midterm elections last summer — congressional Republicans swiftly distanced themselves from the administration — and Nielsen argued it would be no different this time around.

But with Nielsen leaving the administration this week, along with other top DHS officials, the president is bristling at suggestions that anyone else is in charge of his administration’s immigration agenda.

In remarks to reporters on Wednesday morning, Trump said, “Frankly, there’s only one person that is running it. You know who that is? It’s me."