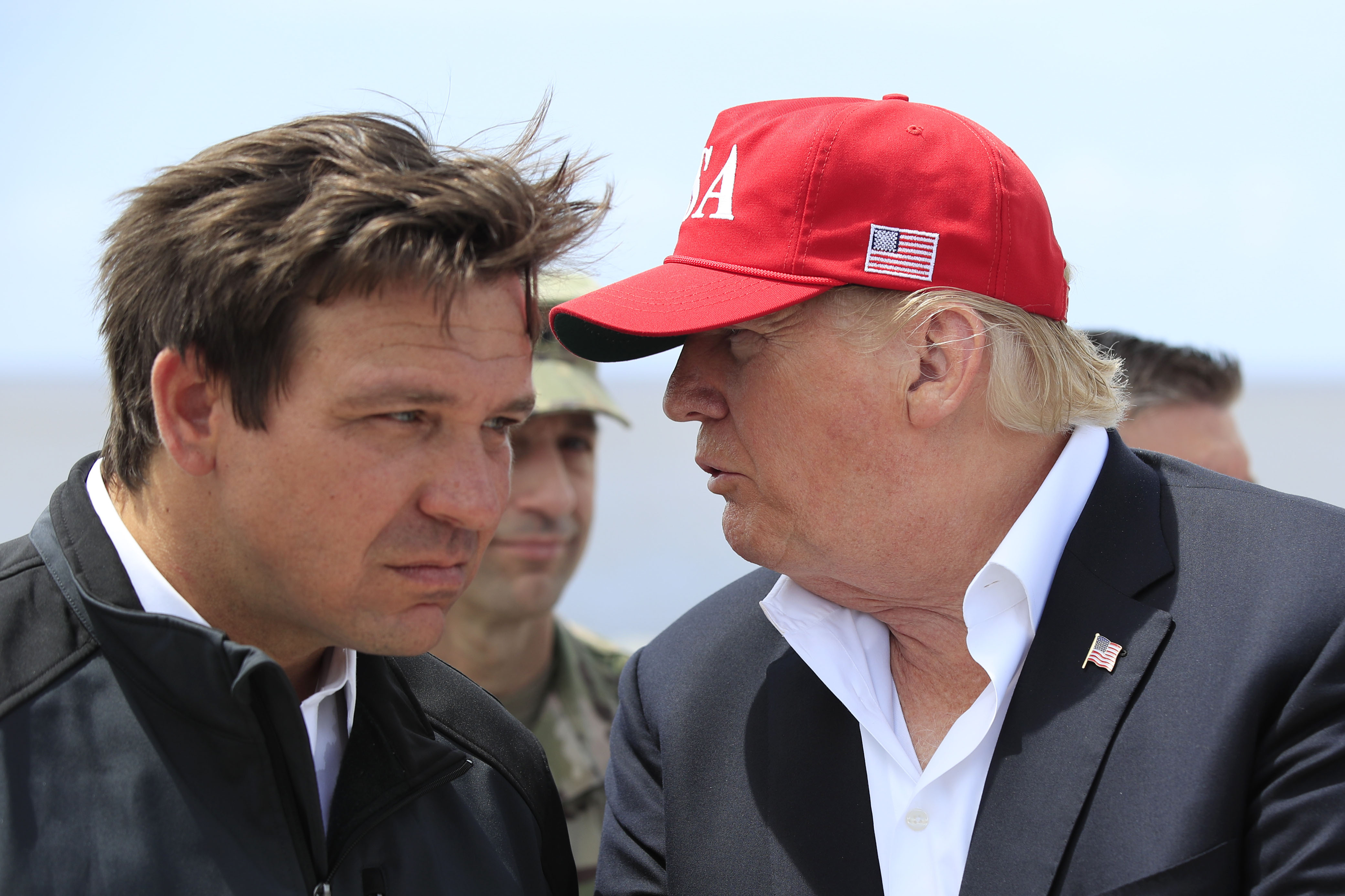 The Trump administration is considering auctioning off Florida’s coastal waters for oil and gas drilling — and Republicans are warning it could cost the president dearly in Florida in the 2020 election.

An industry lobbying offensive has put it on the cusp of achieving its holy grail: access to the resource-rich eastern Gulf of Mexico. The idea is so politically toxic in Florida that past presidents haven’t even entertained it. But behind the scenes, oil and gas interests are appealing to Trump’s desire to turbocharge U.S. energy production, including his past openness to drilling off the Florida coast.

The president and his top advisers haven’t yet weighed in on the plan taking shape inside his Interior Department. But giving it the green light would be tantamount to a declaration of war on his second home state, given the uniform opposition from Florida Republicans, including prominent allies like Sen. Rick Scott, Gov. Ron DeSantis and others.

“He would have a price to pay for that,” Rep. Ted Yoho (R-Fla.), a staunch Trump supporter, told POLITICO.

Industry representatives have said a plan has been imminent since last fall, but many expect the Interior Department is waiting for the Senate to confirm acting Secretary David Bernhardt to fill the agency’s top slot before formally releasing the draft. Senate Majority Leader Mitch McConnell filed cloture Monday on Bernhardt’s confirmation, teeing up a vote this week.

Multiple oil and gas industry sources told POLITICO that the eastern Gulf, along with the Atlantic coast, are included in the administration’s current five-year off-shore drilling proposal, which hasn’t yet been released. The deliberations surrounding that plan are occurring mostly at Interior between lower-level policy aides who are being lobbied by industry representatives, they said.

The administration’s position was muddied when former Interior Secretary Ryan Zinke held an elaborately staged Jan. 2018 meeting with Scott, then Florida’s governor, to declare the state wouldn’t be on the drilling map. The announcement was seen as a favor to boost Scott’s electoral fortunes in his ultimately successful challenge against Democratic incumbent Bill Nelson, who tried to use environmental issues to separate himself from the Republican challenger.

In reality, Trump was upset by the announcement. People familiar with his reaction said Zinke’s statement came without White House approval and contradicted the administration’s “energy dominance” message.

Both parties in Florida oppose offshore drilling. Memories of the 2010 Deepwater Horizon oil spill, which sent tarballs ashore in Florida, bring fears of a future spill damaging the state’s fisheries and tourism. Many in the state also say drilling would conflict with military exercises in the area.

Bernhardt has stayed mum about what’s in the offshore leasing proposal, remarking in a March 28 confirmation hearing that the department is at “step one” of the process. Several industry sources disputed that, though, saying the plan is nearly complete.

“For all intents and purposes, it’s done,” said an industry lobbyist familiar with the plan.

But the senior political officials charged with protecting Trump’s electoral prospects haven’t yet focused on the drilling plan, said a source close to the president who met recently with members of Trump’s energy policy team.

The White House referred a request for comment to the Interior Department. An agency spokesperson did not immediately reply to questions about whether the eastern Gulf of Mexico would be included in any draft plan. Bernhardt said at his nomination hearing that the latest draft plan hadn’t reached his desk.

“I’m going to do everything I can to make sure Florida remains off the table,” Scott told POLITICO in an interview earlier this month. “I’ve been very clear to let the White House know where I stand. This is very important to me.“

The draft plan from Interior’s Bureau of Ocean Energy Management would have to go through a comment period, giving the Trump administration another chance to rewrite it before finalizing. It does not need to pass Congress.

The current plan includes a “buffer” to keep rigs at least 100 miles from Florida’s shoreline, according to industry representatives. They said they plan to present Trump with several options for each of the major regions to be covered under the plan, including the mid-Atlantic and Pacific.

“They can put the plan out and if it doesn’t go over very well, this isn’t the final version, so they can just pull it back,” said an oil-and-gas industry source, who added that industry is trying to figure out how close it can get to Florida without inviting backlash. Former President Barack Obama, for example, offered the eastern Gulf of Mexico with a 125-mile buffer before implementing a seven-year ban following the Deepwater Horizon disaster, though Congress already had imposed a moratorium on drilling in waters closest to Florida until 2022.

Florida lawmakers from both parties have signed numerous letters rejecting offshore drilling, no matter how far from the state’s shoreline. Many also have pushed back on what’s known as seismic testing, a precursor to drilling that involves blasting sonar from boats toward the seafloor to search for buried oil and gas deposits. Both chambers of the state legislature are moving resolutions rejecting offshore drilling in the Gulf.

Even DeSantis, whom Trump endorsed in a crowded Republican primary last year, signed an executive order in January committing the state’s Department of Environmental Protection to “adamantly oppose” offshore drilling. Pressure on Republicans to oppose drilling has only grown since DeSantis was elected in November, as Democrats have homed in on fighting climate change.

“It seems hard to believe that the administration would move forward with drilling off the coast of Florida less than two years before a presidential election,” said Alex Conant, a partner at Firehouse Strategies and former aide to Sen. Marco Rubio (R-Fla.). “It would certainly be an issue that Democrats would try to use against [Trump] throughout the state.”