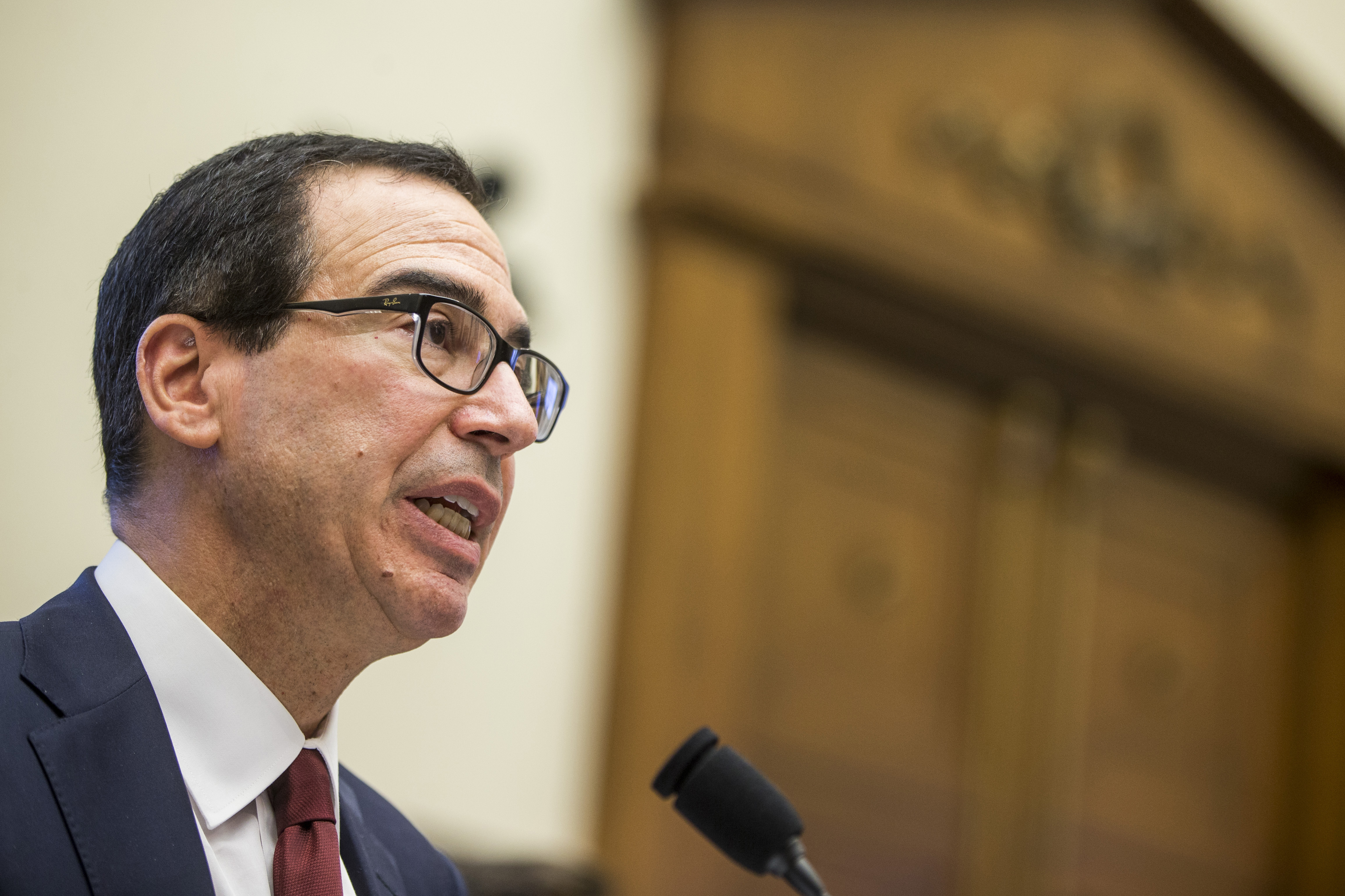 The United States and China are working on the establishment of an “enforcement office“ to help Beijing live up to commitments it makes in a trade deal with the Trump administration, Treasury Secretary Steven Mnuchin reiterated on Wednesday.

“We will have a process on both sides with significant resources,” Mnuchin said during the annual Bretton Woods Committee conference in Washington.

The two countries have “pretty much agreed on an enforcement mechanism,” Mnuchin said in an interview on CNBC earlier the same day. “We’ve agreed that both sides will establish enforcement offices that will deal with the ongoing matters. This is something both sides are taking very seriously.”

Those comments echoed what Mnuchin told a House Financial Services Committee hearing earlier this week. The enforcement office will be under Chinese Vice Premier Liu He, he said Tuesday.

At the Bretton Woods event, Mnuchin declined to go into more detail about the enforcement setup, but said he mentioned the concept to “emphasize the commitment both sides have” in terms of enforcing a deal.

Mnuchin said he was “cautiously hopeful” the two sides could reach an overarching agreement to address China’s industrial policies that the U.S. has criticized.

President Donald Trump met with Liu last week when China’s chief negotiator was visiting Washington for a round of talks with U.S. Trade Representative Robert Lighthizer. Trump said he was hopeful a deal could be reached within the next month but a White House statement after the meeting said “significant work remains.”

The two sides have yet to reach a compromise on the conditions under which the U.S. will agree to withdraw tariffs on more than $250 billion worth of Chinese imports, according to a source briefed on the talks.

Reaction to the news that the U.S. and China reached a deal on enforcement was cautious on Capitol Hill.

“I feel very good, if that information is accurate,” Senate Finance Chairman Chuck Grassley said Wednesday. “There’s only one caveat I’d put on this statement: Mnuchin is making the statement instead of Lighthizer. Mnuchin is a little softer on trade issues with China than Lighthizer is, but they’re a team so maybe they’re on the same page.“

Mnuchin said he and Lighthizer spoke by phone with Liu last night for “a very long time” and another call was scheduled for Thursday morning.

He said a deal with China will be comprised of seven chapters and said a chapter to address currency manipulation is “basically complete.”

“I would say this is one of the strongest currency agreements we have reached,” he said.

Sabrina Rodriguez contributed to this report.