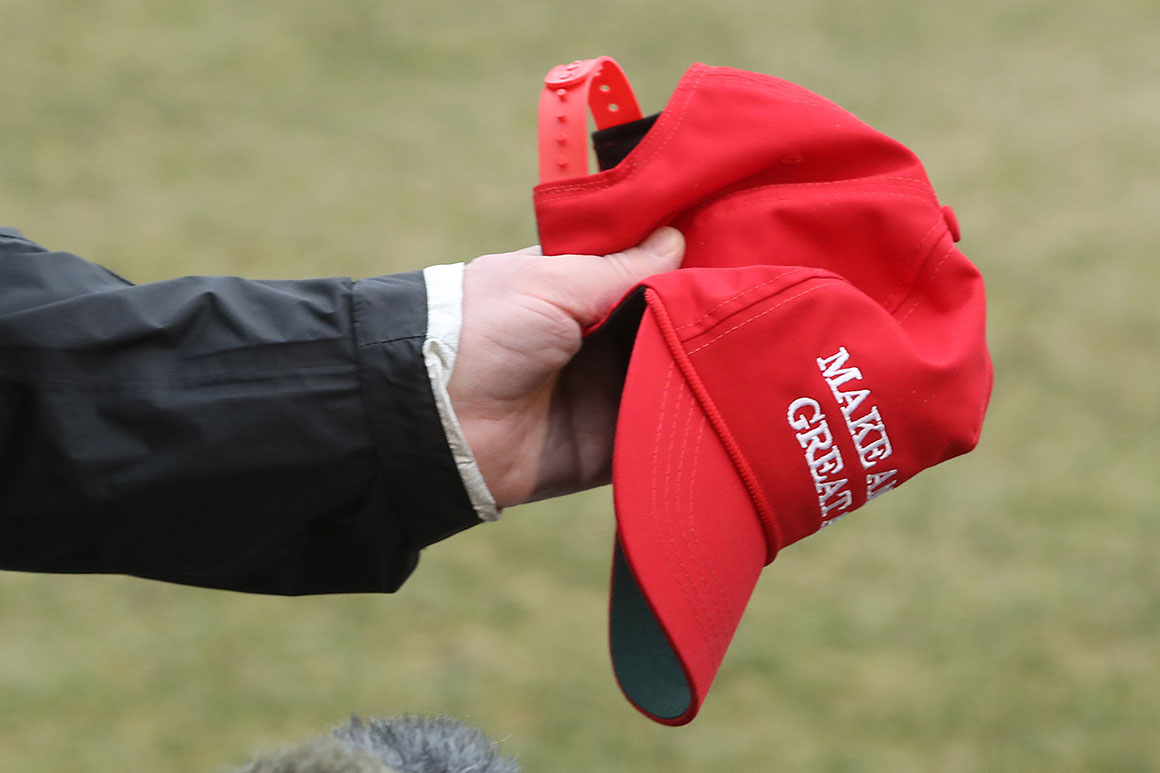 On the first Wednesday evening in February, Anthony Scaramucci entertained a packed house of like-minded souls at Rewind, a retro diner off Dupont Circle.

There, the former White House communications director fielded friendly questions and made cracks about his intra-Trump world vendettas against rivals like Steve Bannon, Sean Spicer and Reince Priebus.

The occasion was a meetup of the 45 Club, a private group reserved exclusively for President Donald Trump’s current and former staffers.

The club, an informal gathering that provides solidarity and networking opportunities in a hostile Washington, is open to what it calls “the Team” — Trump administration appointees as well as alumni of the campaign, transition and inaugural committee. Members wear a lapel pin fashioned after the butt end of a .45 caliber bullet casing and attend semi-regular gatherings that often feature remarks by better-known Trump-world figures such as Brad Parscale, Corey Lewandowski and Scaramucci.

Its operations, described here for the first time, offer insight into how the anonymous foot soldiers of Trump’s Washington have organized their social lives: discreetly, with an eye toward exclusivity and the aspirational lifestyle that has always marked the Trump brand.

Not quite a secret society, the club nonetheless goes to some lengths to fly under the radar: Public hints of its existence are scarce, and the locations of its events are withheld from attendees until they RSVP, all the better to evade the notice of pesky activists and nosy reporters. “In this political climate, there’s a lot of people who would not have pure intentions of coming to network,” explained a former campaign staffer familiar with the club. “They may be trying to infiltrate.” 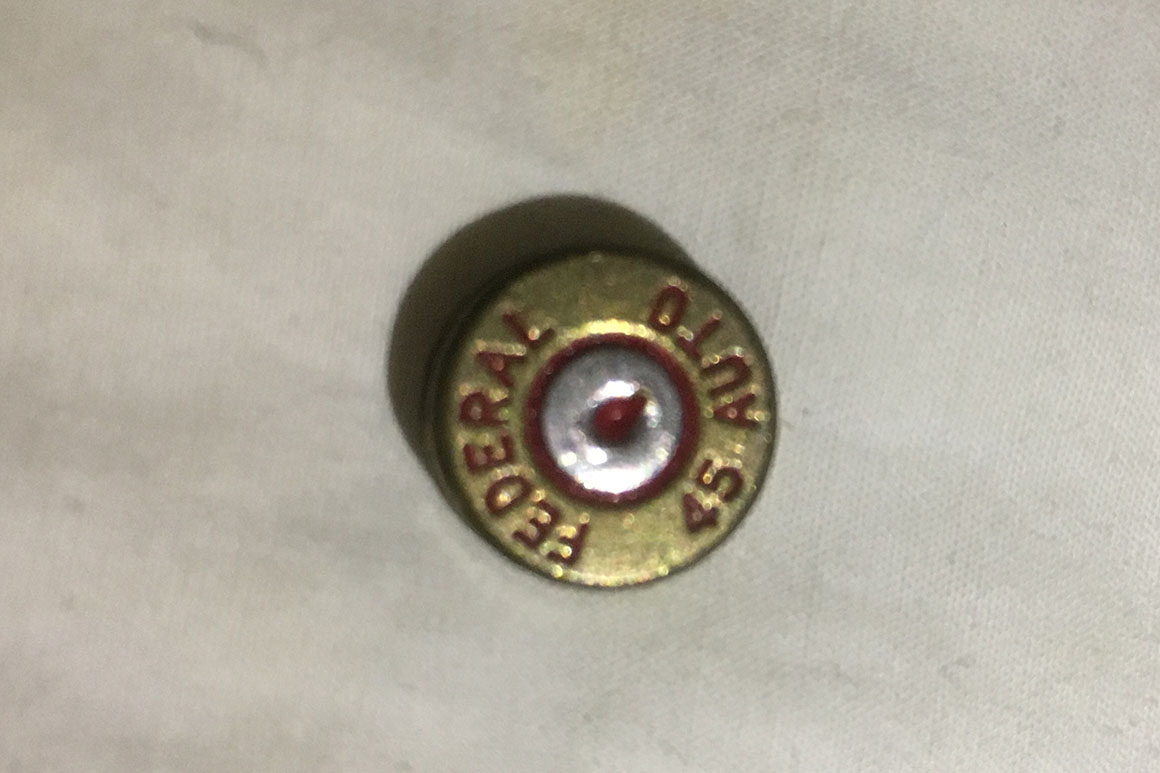 While it is common for veterans of presidential campaigns and administrations to form alumni groups, the 45 Club has taken on an outsized role as a refuge for junior operatives and appointees who have few connections in the capital. Barack Obama’s young staffers were the toast of Washington, and George W. Bush rode into town with a clubby, multi-generational political network that was heavy on the GOP establishment. But, in a reflection of his outsider campaign, Trump’s hires often came from outside the traditional feeding grounds of Republican politics. And in a city that has largely shunned them — dating app profiles here often declare an unwillingness to meet Trump’s supporters, let alone his aides — Trump’s young aides have formed an insular social scene.

“When you’ve kept the Washington Illuminati at a distance, I think you’re more likely to form groups of your own,” explained one club member.

Of course, because this is the Trump administration, there has been infighting: The 45 Club has been the subject of internecine sniping over charges that it is run by hangers-on bent on exploiting their tenuous connections to the president.

“They’re trying to create an exclusive club because they’ve been banned from every other exclusive club in D.C.,” sniped one former campaign staffer.

“Ironically enough, the two guys who started it were never on the campaign, never in the administration,” lamented Kevin Chmielewski, a member of the campaign’s advance team who went on to serve at the Environmental Protection Agency. “We were all kind of pissed about it, because it’s like, ‘Who are you to do that?’”

Nicholas Johns, a co-founder of the club who agreed to answer questions over email, took issue with such critiques. “It’s counterproductive to say that people that worked in one period or organization versus another are the ‘true loyalists,’” said Johns, who staffed the 2016 Republican National Convention in Cleveland.

The group has no official status and its founders took care not to use “Trump” in the club’s name, instead alluding to his status as the 45th president. Nor is it clear whether the president is aware of its existence. The White House did not respond to a request for comment on that front. The group is not to be confused with the “45 Club” designation awarded by the Republican National Committee for donors who bundle $45,000, or with a monthly Tuesday night meet-up of Trump supporters in the lobby of the Trump Hotel.

The group’s emails to members list a mailing address on E St. in Southeast, but a visit to the neighborhood reveals that no such address exists. Johns, who declined to say whether the club has been incorporated, said the address listing was a mistake, and that the emails should instead list a P.O. box.

In many ways, the club is more Toastmasters than Skull & Bones. It does not require any sort of initiation rituals (“having survived the Trump campaign was hazing enough,” explained one member), and is used largely for networking.

The group — whose membership skews young and male — has held gatherings at the upscale Morton’s steakhouse near the White House and thrown a Christmas Party at the Capital Yacht Club at the Wharf, a neighborhood popular among young Trump staffers.

But despite the air of exclusivity, the club’s activities are constrained by members’ junior-level government salaries. Most events are free to attend, with a cash bar. When the group organized its “45 Club Island Takeover” — a weekend retreat on the privately owned Saint Catherine’s Island, about 50 miles south of Washington — last June, members could book a room to stay overnight for a reasonable $85.

Events offer opportunities for drinking and schmoozing, in addition to remarks by well-known Republican guests. Anti-tax crusader Grover Norquist, who spoke at one of the group’s events, praised the club for adding “a patina of intellectual something” to its gatherings.

Sometimes, members plot to advance the president’s agenda, as they did at a gathering called last fall at Morton’s to discuss how they could get involved in his 2020 reelection campaign.

When the club formed in early 2017, Trump’s disorderly transition to power had left many campaign veterans unsure whether they would land jobs in the administration, and they flocked to the group, using it as an unofficial jobs bank. Early events drew hundred-plus crowds.

Chmielewski’s first impression of the group came at a sub rosa gathering at a private dining room in the basement of P.J. Clarke’s, a saloon near the White House. “The first one was kind of cool,” he recalled. “There was kind of an element of secrecy.”

Since then, as the novelty has waned, and the mad dash for administration appointments subsided, attendance at its gatherings has fallen off. “It is likely that two years on, people have a strong friend group of their own, demanding professional lives, and other family commitments,” Johns said.

But the club continues to hold events, and for those Trump loyalists who still show up, it still offers a warm bastion in a cold world.