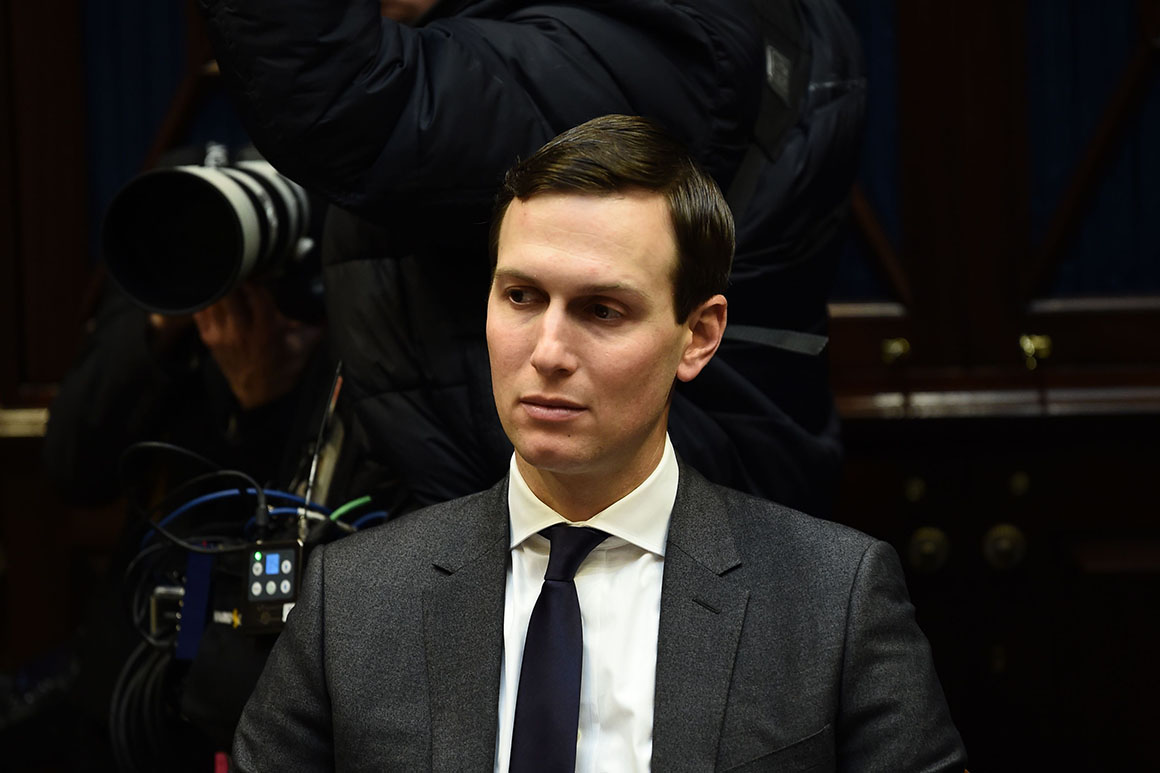 A group of Senate Republicans is moving to slash legal immigration, a plan designed to undercut a proposal by White House adviser Jared Kushner to boost the number of migrant workers admitted into the country.

Sens. Tom Cotton of Arkansas, David Perdue of Georgia and Josh Hawley of Missouri, key allies of President Donald Trump on Capitol Hill, will introduce a bill Wednesday that would favor admitting skilled workers and their immediate family members but cut by half the number of legal immigrants, according to officials close to the process.

The bill will serve to both challenge Kushner’s unexpected effort to increase the number of low- and high-skilled workers, and to remind Trump to make good on his promise to cut both legal and illegal immigration.

“As some White House staff debate immigration policy, we want the president to know that he has support on Capitol Hill for his original plan to limit low-skilled immigration and put American workers first,” said a congressional aide with knowledge of the plan but who wasn’t authorized to speak publicly about the legislation.

Kushner, Trump’s son-in-law, who has been working on a plan for months, presented his proposal to the president last week, according to one person familiar with the situation. The president told him he should expand the proposal to include both changes to legal and illegal immigration so as to address what he calls a crisis on the southern border, the person said.

The legislation comes as Trump and Stephen Miller, a White House senior adviser, purge top staff at the Department of Homeland Security as they look to enact tougher policies on illegal immigration.

Trump made cracking down on immigration the centerpiece of his 2016 campaign, calling for a border wall and ending an Obama-era program that allows temporary, renewable work permits for so-called Dreamers who were brought into the U.S. illegally as children.

But in recent months Trump has said he supports higher levels of legal immigration, a priority generally backed by a business community short on skilled workers.

Those comments contradict statements he made in 2017 and 2018, supporting the senators’ prior efforts.

Cotton and Purdue introduced the same bill, the Reforming American Immigration for Strong Employment Act, in 2017. Hawley, who was elected in November largely on his support of Trump, is joining the effort. A companion bill will be introduced in the House, which will quickly be opposed by the new Democratic majority.

Last year, the White House released an immigration proposal that incorporated aspects of the RAISE Act — including eliminating the visa lottery system, which awards green cards to people from countries with low numbers of immigrants, and restricting the family members whom U.S. citizens and legal permanent residents can sponsor to come to the United States.

“As we speak, we are working with two wonderful senators, Tom Cotton and David Perdue, to create a new immigration system for America. Instead of today’s low-skill system, just a terrible system where anybody comes in,” Trump said on July 26, 2017.

Hawkish immigration activists who are worried that the president will be influenced by Kushner’s more moderate views on immigration welcome the bill.

Two groups, FAIR and Californians for Population Stabilization, are airing ads urging Trump not to violate a campaign pledge by expanding legal immigration.

“Any legal immigration reform plan that deviates from the RAISE framework would betray several of President Trump’s key campaign promises — one of which was reducing overall immigration levels,” said Dan Stein, president of the Federation for American Immigration Reform, which pushes for cuts in legal and illegal immigration. “The White House supported the bill last Congress and they should support it again.”

Kushner, who successfully forged a December compromise on criminal justice reform but is still struggling to deliver a Middle East peace plan, has for months been working on a proposal at Trump’s request even as the the president rallies against legal immigration on the southern border daily.

He convened a series of meetings with dozens of advocacy groups, including business and agriculture organizations. Some, though not all of them, openly support the expansion of legal immigration. It has continued in recent weeks with a smaller four-person White House working group led by Kushner.

Business groups have pushed for additional permanent slots for immigrants coming to the United States, saying the demand has increased since the unemployment rate has fallen and companies have struggled to fill jobs.

Kushner is considering increases in the number of low- and high-skilled workers, as well as permanent and temporary workers, according to the four people familiar with the discussions.

More than 1 million immigrants are allowed into the United States each year on a permanent basis, but only a fraction — 140,000 — come through employment categories. The rest are relatives, refugees or immigrants from countries with low rates of immigration to the United States. These numbers don’t include immigrants allowed entry for temporary or seasonal work.

The RAISE Act would eliminate the diversity visa lottery, which allows 50,000 people in annually, and limit refugees offered permanent residency to 50,000 per year. It is expected to reduce legal immigration to roughly 500,000 annually over 10 years.