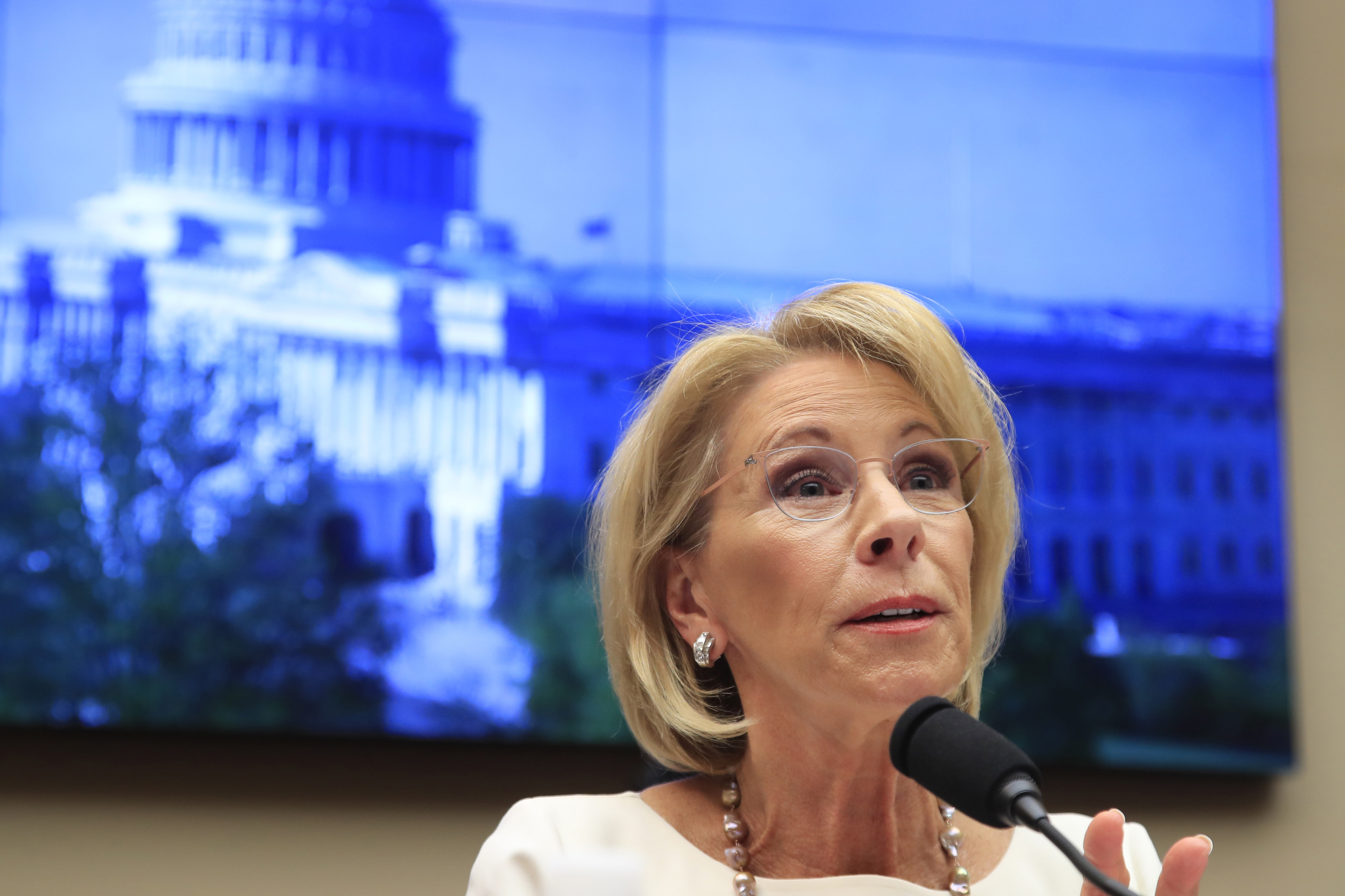 Education Secretary Betsy DeVos told a House panel Wednesday that she is "not familiar" with affirmative action guidance for schools that the Trump administration rescinded last summer, or with a major Supreme Court ruling on which portions of the guidance were based.

The administration in July rescinded several guidance documents issued by the Education and Justice departments under the Obama administration that called on school superintendents and colleges to consider race when trying to diversify their campuses.

Under questioning on Wednesday from Rep. David Trone (D-Md.) about the move to scrap the guidance, however, DeVos that she is "not familiar with that particular document."

When asked about a 2007 Supreme Court ruling, Parents Involved in Community Schools v. Seattle, that portions of the guidance were based on, DeVos said "I’m not familiar with that particular case."

A majority of the Justices in the ruling recognized that seeking diversity and avoiding racial isolation are compelling interests for school districts, though the court ruled the Seattle School District’s use of race as the second most important tiebreaker in high school admissions was unconstitutional.

Trone told DeVos that the "rescission of that guidance has caused confusion and fear about the intent of the Trump administration."

"So I’d like to give you an opportunity to clarify," he said. "I want to be clear that no matter what your action is, federal law and Supreme Court precedent still stands."

"The goal should be to have diversity of every sort," DeVos said. "The Supreme Court has opined in this and has given very clear guidance."

Earlier in the exchange, Trone asked DeVos whether she believes racial segregation "poses a threat to the educational opportunities for children of color," to which DeVos responded that "I’m concerned about every student, no matter where they are and where they go to school …"

Trone pressed her again, saying "that’s an easy one, give me a yes on that one."

"I am concerned with every student," DeVos responded.

Nicole Gaudiano contributed to this report.