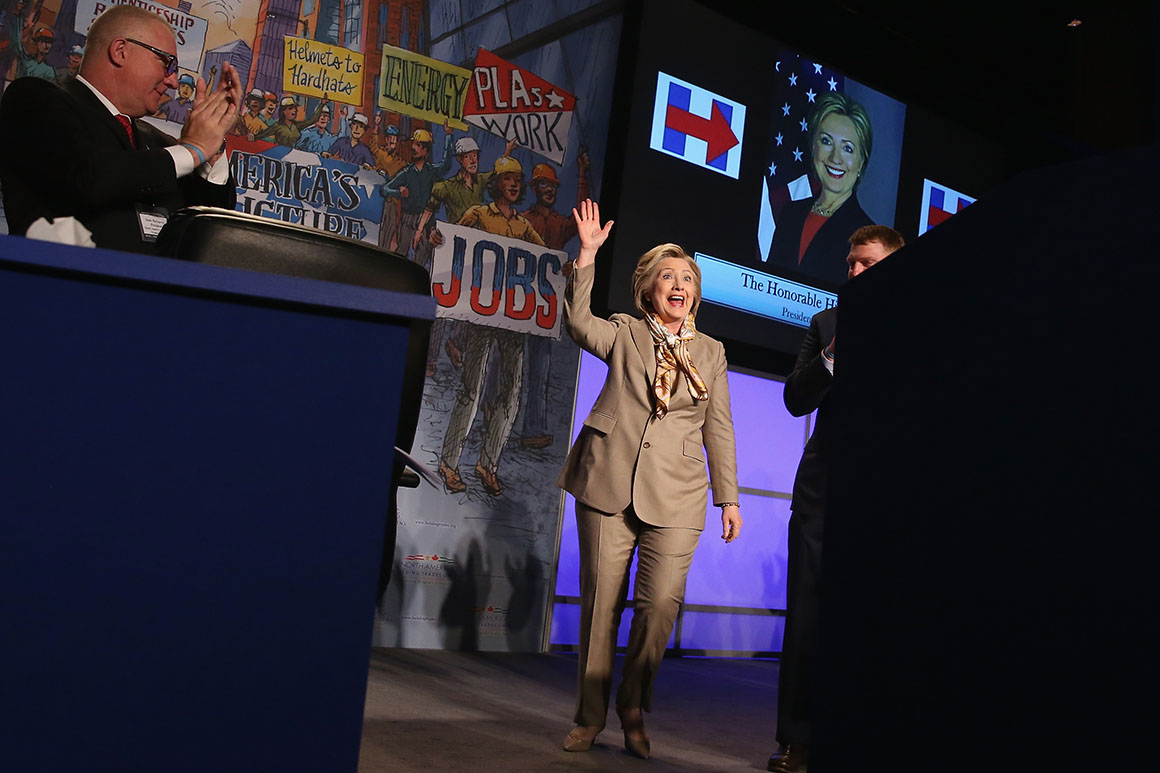 Organized labor is still traumatized after the 2016 Democratic primary, when several unions endorsed Hillary Clinton early on, only to see the decision backfire when portions of their membership bolted for Bernie Sanders.

This year, they’re determined not to make the same mistake. Even as Democratic contenders are well into the process of courting high-ranking and local labor officials, union leaders plan to delay their endorsements as they take the temperature of members on the ground in an attempt to avoid the top-down approach that caused so much heartburn.

“Everybody’s kind of taking a step back,” said Steve Rosenthal, a former political director for the AFL-CIO who is advising unions on 2020 campaigns. “[They’re] assessing the field — meeting with them, talking with them, finding where they stand on issues that are important to working people. But I don’t see any rush at this point or any movement toward any type of major endorsements.”

The candidates will face one of their first hurdles Wednesday when nine of them speak at a conference of the North America’s Building Trades Unions. The federation of construction unions will serve as an early litmus test for winning over blue-collar workers in swing states that went for Donald Trump over Clinton.

Despite labor’s reticence to take sides, the 18-member Democratic field is ramping up its courting of unions. Candidates are regularly meeting with local and high-ranking union officials as part of their state visits: Elizabeth Warren, for example, has met with labor leaders in every state she’s visited, including in California, New York and in the four early presidential states.

In Chicago, SEIU Local 1 has already taken a meeting with Washington Gov. Jay Inslee and is scheduled to meet with Sen. Kamala Harris (D-Calif.) and South Bend Mayor Pete Buttigieg in upcoming weeks.

The central question posed to 2020 candidates looking for an endorsement will be: “What’s the argument for getting in with you now?” said Jerry Morrison, assistant to the president of SEIU Local 1.

Last week, former Vice President Joe Biden addressed the International Brotherhood of Electrical Workers in Washington in the midst a controversy over inappropriate touching. Harris addressed the California Labor Federation in Sacramento. On Monday, Sanders and Sen. Amy Klobuchar (D-Minn.), spoke to the International Association of Machinists and Aerospace Workers in Las Vegas to tout their labor-friendly credentials.

Sanders — poised to unveil an outside group in the coming few weeks to tout his support among rank-and-file union workers — will also hold an event with the American Federation of Teachers on Sunday in Lordstown, Ohio, to demonstrate his alignment on economic issues.

But the union has no plans to endorse Sanders in the 2020 primary anytime soon.

“[When] a candidate matches our values and can beat Donald Trump then we all come back together again,” President Randi Weingarten said. “I hope we’ve gotten the process right in terms of being transparent and credible and really focusing on engagement.”

The unblinking focus on defeating Trump is no small part of labor’s calculus in delaying endorsements.

“I would be pretty surprised if any of the big unions came out early for one of the Democratic candidates. I think everyone is very focused on beating Trump and saving resources until we get to the real fight,” said Morrison. “Why spend a bunch of the union’s money in a Democratic primary when we’re all going to get behind the Democratic nominee and beating Trump is paramount?”

AFT was one of the first major unions to endorse Clinton in July 2015, six months before the Iowa caucuses. The machinists union endorsed Clinton a month later, angering members who connected with Sanders’ populist views on jobs and trade.

A similar dynamic played out at the National Education Association, where the Vermont union preemptively endorsed Sanders as national leaders moved to endorse Clinton. 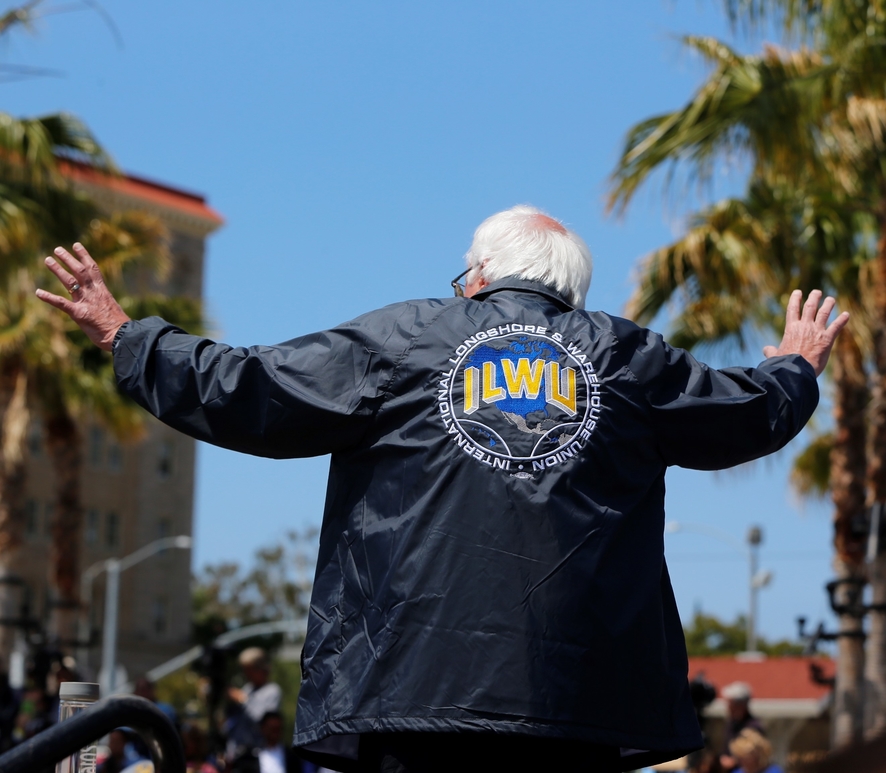 “They thought they would be with the winner, and unfortunately it was their positioning to be with that winner,” said Larry Cohen, former president of the Communications Workers of America and a close adviser to Sanders.

This time around, the machinists union plans to do things differently — they expect to roll out a system that will allow its members to vote on an endorsement, spokesman Jonathan Battaglia said. An AFSCME union official said the group also plans to seek input from its members as well as offer up candidate forums and meetings. However, because so many candidates are embracing worker issues, AFSCME — one of the nation’s largest labor unions — might not endorse at all in the primary, the official said.

“This election, political candidates, workers and communities are embracing unionism with a renewed energy we have not seen in decades,” AFSCME President Lee Saunders said in a statement to POLITICO. “Unions like AFSCME remain the best vehicle to restore power to America’s working families, and we will continue to use our platform in 2020 to elevate workers’ voices.” ]

With some labor groups, there could be one exception to the rule: Biden. Should the former vice president get into the race, he has the best chance of securing early endorsements from several groups with whom he’s had long-standing relationships, said Eddie Vale, a consultant who advises several public and private sector unions. The International Association of Fire Fighters has already suggested it would endorse Biden if he enters the race.

“Firefighters are ride or die with Biden,” Vale said. “He might have an edge because of the membership [demographic] and his long-standing relationships give him more of a chance with industrial or trades.”

Wednesday’s event will be a tightrope walk for the more progressive candidates. Some, like Sen. Cory Booker (D-N.J.), have championed the Green New Deal by Rep. Alexandria Ocasio Cortez (D-N.Y.), which unions oppose. The building trades union represents workers who build oil and gas pipelines, and there’s a fear that that the policy could cost jobs — so much so that it publicly praised Trump for jumpstarting construction of the Keystone XL pipeline in 2017.

“It’s a hard sell,” said Seth Harris, former acting Labor secretary in the Obama administration who is advising 2020 candidates. “They’re watching what’s happening in the coal industry and worrying that that could be them.”

The building trades union may end up serving as a moderating force at a time when the Democratic field is drifting further left. While the leadership reliably supports Democrats, its membership includes blue-collar workers who identify with Trump’s brand of populism.

To that end, the Democratic nominee will have to best Trump on economic issues — for example, convincing union members that a green energy plan would create jobs through ethanol production and other means, Harris said.

And they need to address infrastructure, a theme that was ubiquitous and the conference Tuesday. A federal package would be a boon for the construction industry, a fact that has motivated union leaders to maintain a shaky alliance with Trump .

Last year, McGarvey icily greeted Trump’s infrastructure plan, which promised a mere $200 million boost in federal spending. He was careful not to praise Trump nor criticize him, saying only that the president’s effort “should be acknowledged.”

“That is a very sophisticated audience that knows what it needs, what it wants and what it wants to hear,” Harris said. “They will be discerning.”