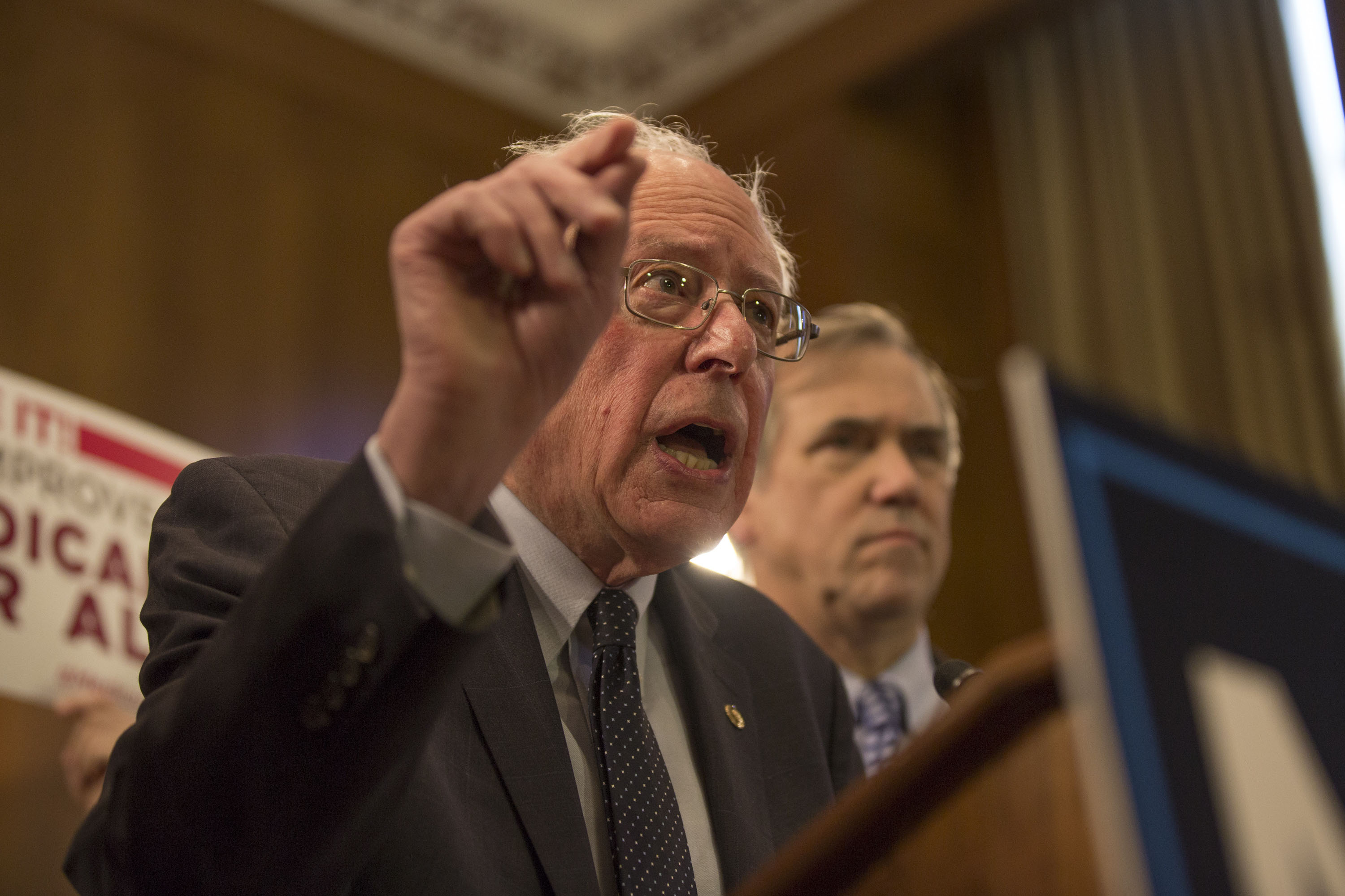 A President Bernie Sanders isn’t going to let something as trivial as the Senate rules thwart his drive to pass Medicare for All.

The Vermont independent, one of the top-tier contenders for the Democratic presidential nomination, has been skeptical of getting rid of the legislative filibuster to pass a sweeping legislative agenda. Instead, Sanders is taking a page from Sen. Ted Cruz (R-Texas), who wanted to shred Senate rules in order to pass ambitious GOP health care legislation in 2017.

Sanders has settled on budget reconciliation as his solution for evading the Senate’s 60-vote requirement, a blunt maneuver that allows certain spending bills to pass the Senate with a 50-vote majority. Most senators believe that sweeping legislation like Medicare for All would not be allowed under reconciliation, but Sanders said he’s not going to let that stop him.

"It is the vice president who determines what is and is not permissible under budget reconciliation. I can tell you that a vice president in a Bernie Sanders administration will determine that Medicare for All can pass through the Senate under reconciliation and is not in violation of the rules," Sanders said in a statement after introducing the bill on Wednesday.

The move smacks of Cruz’s request from two years ago, when he argued the Senate GOP should disregard parliamentary guidance and jam through a full repeal-and-replacement of Obamacare in reconciliation. Cruz argued that Vice President Mike Pence should have ruled that the full gutting of Obamacare could pass via Senate rules, a move that GOP leaders rejected.

If senators set that precedent, there would be few limits to what Senate majorities could do on reconciliation, effectively bypassing the filibuster anyway and ushering in a new era when a simple majority can rule the day. It could also have made repealing Obamacare easier for Republicans, who were hamstrung from making certain changes that could have won them the 50 votes they needed.

Sen. Elizabeth Warren (D-Mass.), who is also pursuing the Democratic nomination, said that if Senate Republicans obstruct the next president’s agenda, the filibuster’s 60-vote threshold should go. And Sanders said he wants to return the Senate to a "talking filibuster," forcing senators to actually stand on the floor to delay legislation.

Other candidates have been less eager to embrace Warren’s approach or Sanders’s more creative plans.

And in the statement, Sanders also admitted he has another problem: He doesn’t even have 50 votes yet for Medicare for All.

"Currently, only 15 out of 47 Democrats have publicly stated their support for that legislation, and that has got to change,” Sanders said. “In my view, Democratic elected officials and candidates should do what grassroots Democrats want them to do. Once we have, and I believe it will be sooner than later, a Democratic majority who are prepared to vote for Medicare for All in the House and Senate, we will pass it.”