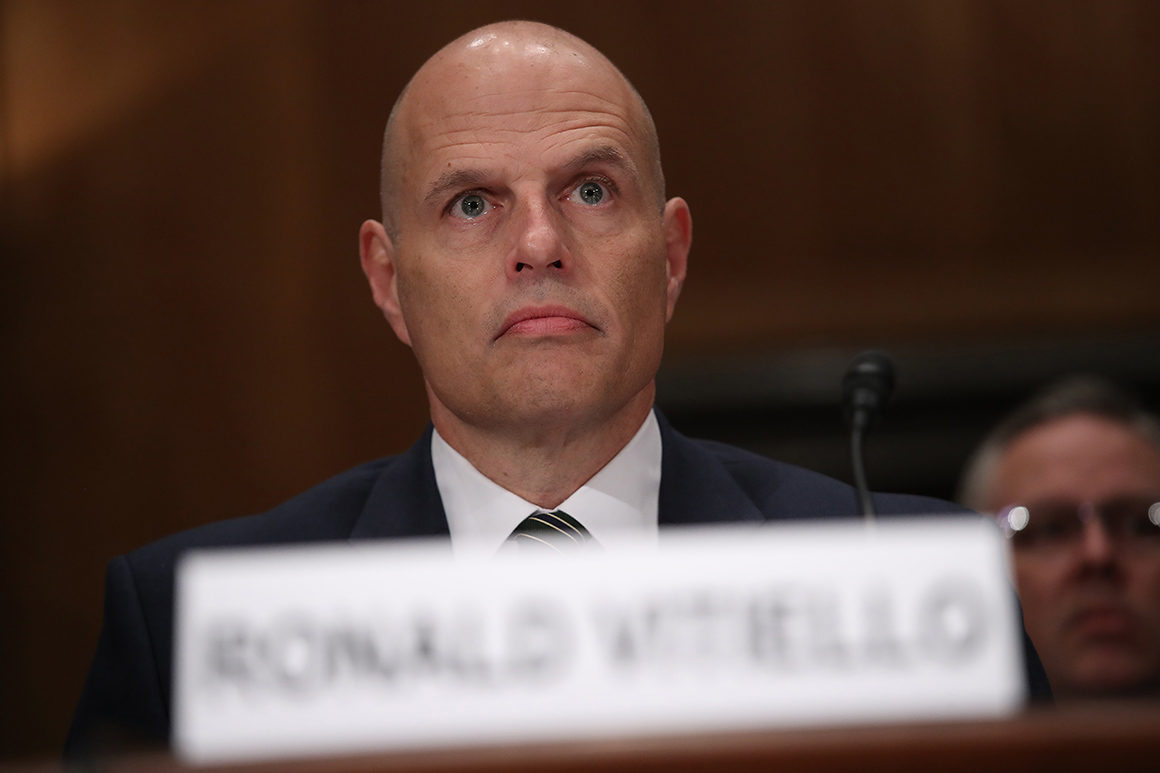 Vitiello is a former long-term Border Patrol official who’s been acting director of U.S. Immigration and Customs Enforcement since June. Whether Vitiello will remain in government remains unclear, and ICE declined to comment further. The agency has not announced a replacement, although Matthew Albence, acting deputy director, would be next in line.

Trump on Friday clawed back Vitiello’s nomination to become ICE director on a permanent basis, saying he preferred to move in a “tougher direction.” The news was followed by three high-profile resignations, including that of Homeland Security Secretary Kirstjen Nielsen. White House senior adviser Stephen Miller has sought in recent days to remove other officials, such as U.S. Citizenship and Immigration Services Director Francis Cissna.

Border Patrol arrested nearly 93,000 migrants at the southwest border in March, a steep increase over the same month a year earlier and a pace that resembled the higher monthly levels in the 1980s, 1990s and early 2000s. In recent months, the Trump administration has experimented with various border control strategies, only to see border arrests — a rough measure for illegal crossings — continue to rise.

While ICE doesn’t deal directly with the border, some hard-line groups and White House allies have said the agency could take steps to more aggressively discourage illegal immigration.

Vitiello’s low-key style contrasted with that of his predecessor, Thomas Homan, a tough-talking Trump booster who regularly received praise from the president.

Vitiello praised the ICE workforce in a farewell email to employees reviewed by POLITICO.

“The critical work we do is essential to the safety and security of the nation,” he said, “and none do it with greater pride and determination than the men and women of ICE.“