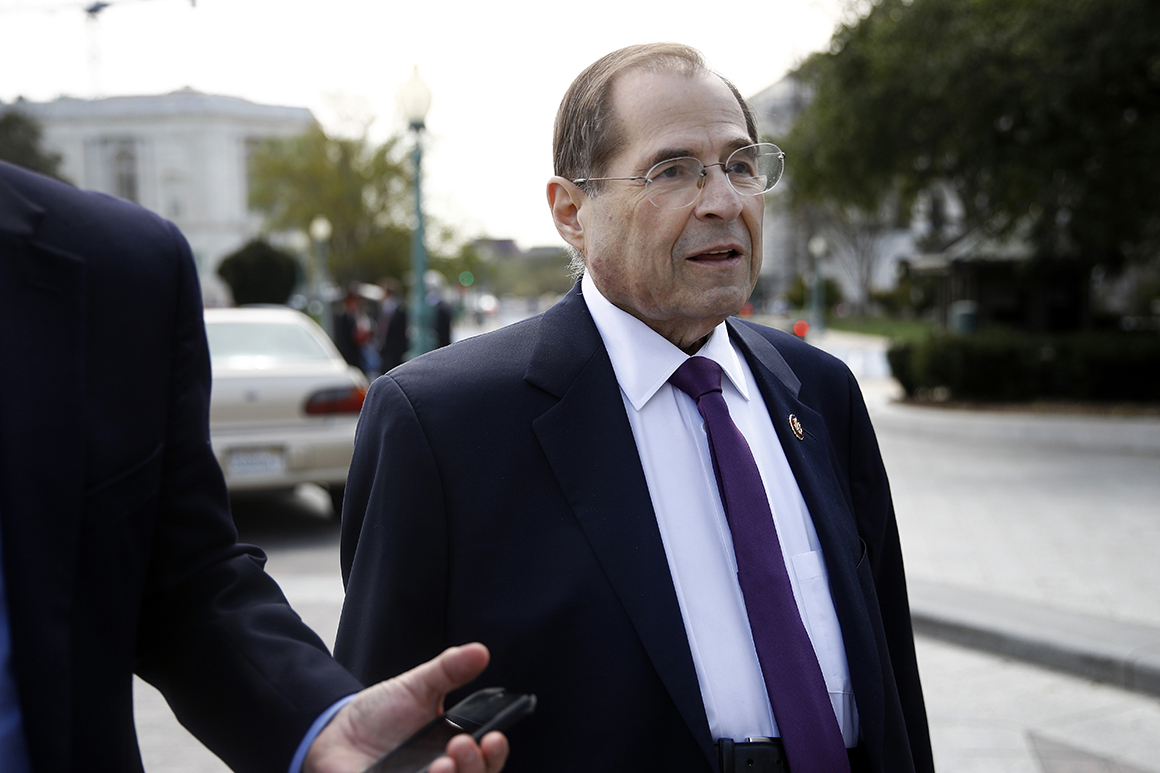 President Donald Trump revived a decades-old real estate battle with House Judiciary Chairman Jerry Nadler on Tuesday, casting himself as a blameless victim of the New York congressman who prevailed in spite of Nadler’s opposition.

“Congressman Jerry Nadler fought me for years on a very large development I built on the West Side of Manhattan. He wanted a Rail Yard built underneath the development or even better, to stop the job. He didn’t get either & the development became VERY successful,” he wrote in a tweet.

“Nevertheless, I got along very well with Jerry during the zoning and building process. Then I changed course (slightly), became President, and now I am dealing with Congressman Nadler again,” he wrote in a second tweet. “Some things never end, but hopefully it will all go well for everyone. Only time will tell!”

The Washington Post reported on Monday that Trump went on a tirade last month about Nadler (D-N.Y.), who is heading up a sweeping oversight investigation into the president, during a meeting with GOP lawmakers. Trump reportedly referenced his contentious history with the New York Democrat going back to the 1980s and also mocked Nadler’s weight.

Nadler and Trump first clashed when the congressman was still in the New York State Assembly and Trump was a Manhattan real estate mogul. Trump in 1985 purchased a former railroad yard in Nadler’s district on Manhattan’s West Side, proposing a major residential and retail development surrounded by TV stations and anchored by a 150-story skyscraper.

Nadler, who along with many in the community fiercely opposed the project, instead believed the rail system should have been reinvigorated, the Post reported, and he worked block the project even when he was sworn into Congress. Trump rained insults down on Nadler over the obstruction, but his opposition to Trump only raised his political profile.

While Trump’s development was never built as he envisioned it, he did manage to erect a number of residential buildings on the parcel, though he sold the property in 2005 with much of it still under construction amid delays and opposition. Following Trump’s election in 2016, residents of the apartment complex voted to remove his name from the building.

Now, Nadler is leading a wide ranging corruption investigation into Trump that last month requested documents from 81 people and entities with ties to the president. Nadler’s committee also voted last week to authorize a subpoena for the full report of special counsel Robert Mueller’s Russia investigation.

The White House has fiercely resisted Nadler’s probe, calling it a "fishing expedition" and arguing that Democrats would never stop going after Trump no matter how many documents they turned over.

Trump referenced his past sqaubble with Nadler last week after an Oval Office meeting with the NATO secretary general, appearing to draw confidence from how their last battle played out.