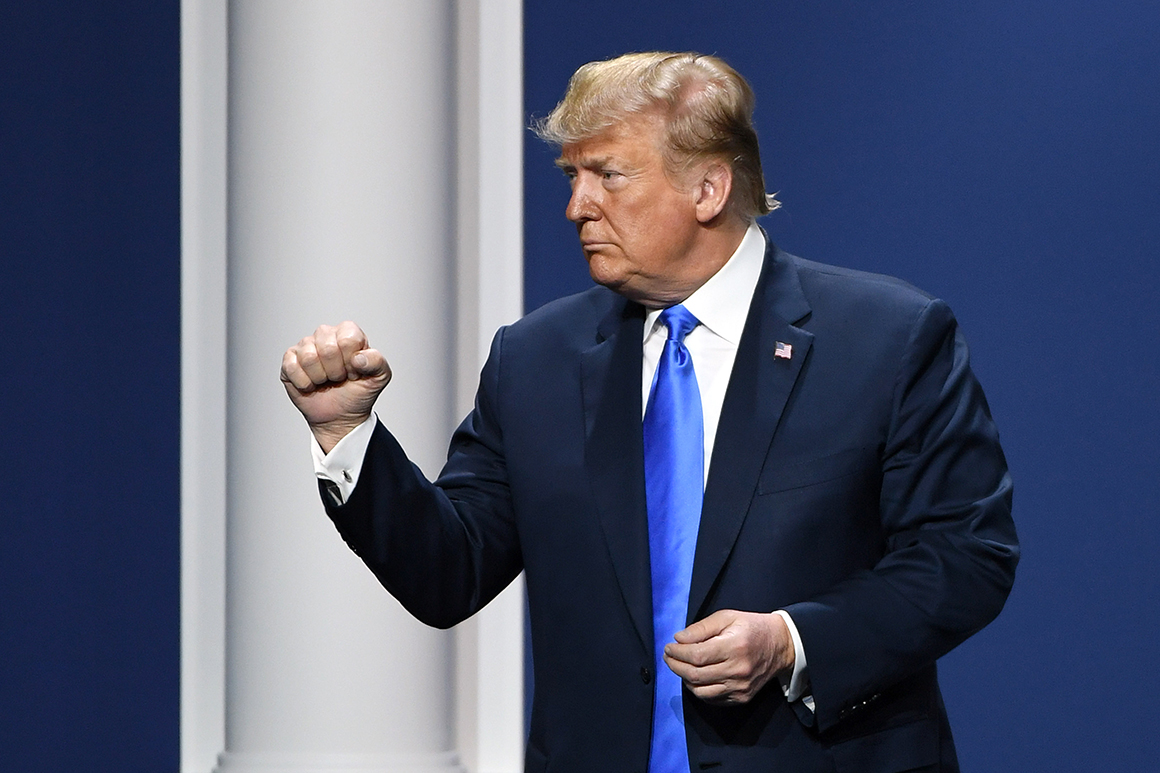 President Donald Trump on Tuesday accused Rep. Ilhan Omar of targeting Jews after she called one of the president’s top aides, Stephen Miller, a white nationalist.

Omar on Monday afternoon labeled Miller, known for pushing hardline immigration and border security policies, a "white nationalist." Miller, who is Jewish, has reportedly grown increasingly influential on immigration issues in recent days, including the purging of top Department of Homeland Security officials.

“Stephen Miller is a white nationalist," Omar tweeted. “The fact that he still has influence on policy and political appointments is an outrage.”

Some Republicans have since condemned Omar’s statement on Miller as anti-Semitic.

“During my time in Congress before @IlhanOmar got here, I didn’t once witness another Member target Jewish people like this with the name calling & other personal attacks,” Rep. Lee Zeldin (R-N.Y.) tweeted. “In 2019 though, for @IlhanOmar, this is just called Monday.”

The Minnesota Congresswoman has come under fire for controversial remarks she made about Israel and has been publicly rebuked by members of both parties for rhetoric panned as anti-Semitic.

Omar, one of the first Muslim women elected to Congress, has apologized for some of her statements.

Trump has repeatedly claimed Democrats hate Jewish people and are promoting anti-Jewish policies, but has himself has come under fire for saying there were “very fine people” at a 2017 white nationalist rally in Charlottesville, Virginia.