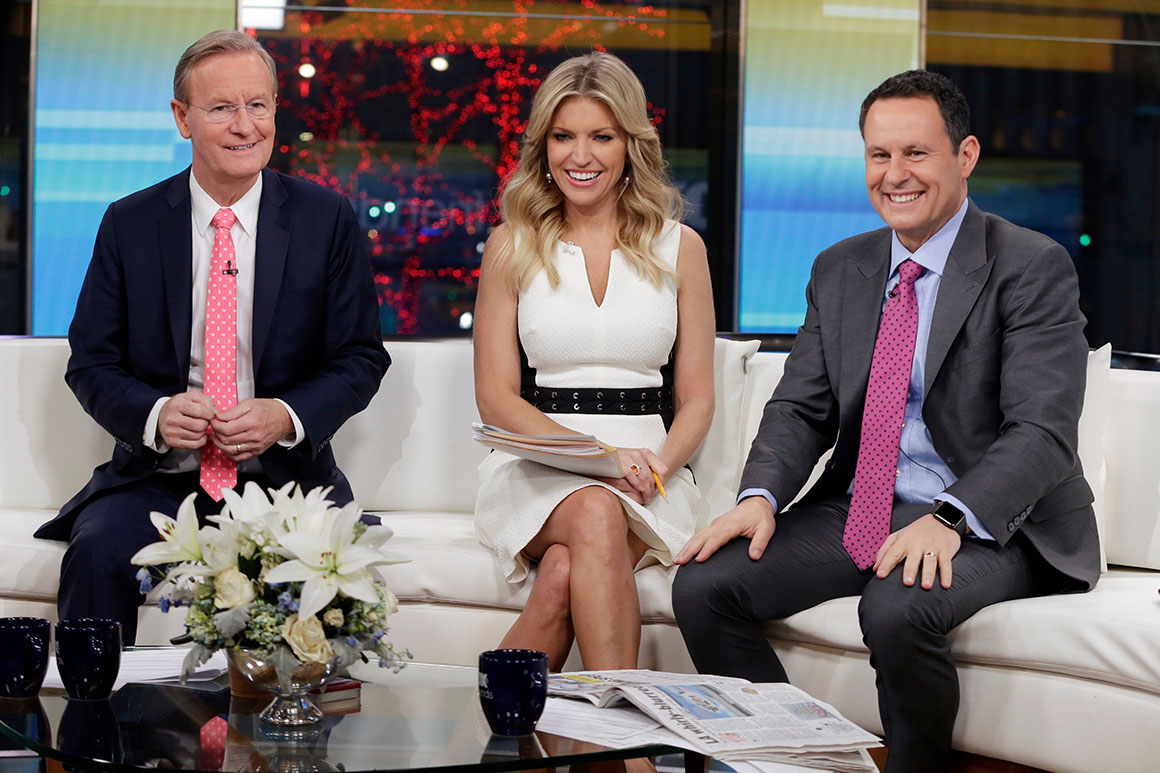 The world-sprawling media empire Rupert Murdoch built on the soft foundation of two properties he inherited 66 years ago—the Adelaide News and a radio station in a New South Wales mining town—has begun to shrink like a tumor spritzed with chemo and toasted with radiation. Sighting his own end, the 88-year-old Murdoch has been tidying up his estate as if preparing it for probate. He just unloaded his movie studio, 21st Century Fox, and his interest in European satellite broadcaster Sky, in a $71.3 billion deal with Disney. He also composed the final act in his version of King Lear, ending decades of speculation over which of his children would succeed him by crowning his son Lachlan as the new emperor of his remaining print and TV holdings, most conspicuous among them Fox News Channel, the most watched news channel in America.

The press hasn’t fully digested the Murdoch wind-down. Quite the contrary. In the past month, several of the nation’s top reporters expanded the media’s longstanding myth that Murdoch and Fox possess frightening clout. The New York Times Magazine devoted 20,000 words to Murdoch’s scary “empire of influence.” A New Yorker feature (12,000 words), “The Making of the Fox News White House,” elevated the network to the fourth branch of government. A 5,700-word ideological x-ray of Lachlan in the Intercept presents him as maybe the most reactionary of all the Murdochs.

But the clout of Fox News exists more in Democrats’ imagination than it does in reality, as media scholar Michael J. Socolow noted this week. From the beginning, Murdoch and Roger Ailes, his Fox News co-founder, made no secret of their ambition to elect a president of their choice, but year after year they flunked the assignment. When he was the Republican Party nominee in 2008, John McCain was vocal about not being in Rupert’s pocket, saying he was “not a talk radio or Fox News Republican.” Fox failed to elevate McCain’s running mate Sarah Palin into electability after hiring her and backing her with supportive airtime. Mitt Romney won the 2012 nod without Fox’s support while Murdoch’s fav, Rick Santorum, went nowhere after winning the Iowa caucuses. In 2016, runner-up Ted Cruz and also-ran Marco Rubio were Rupert’s picks, as the New York Times Magazine article acknowledges.

Last time around, both Murdoch and Ailes opposed the candidacy of Donald Trump, with Murdoch once calling the future president a “fucking idiot.” Murdoch’s New York Post and Wall Street Journal editorial pages hammered the Trump candidacy in the summer of 2015 and Murdoch wrote a $200,000 check to John Kasich’s super PAC, as the Times Magazine notes. Only when the “clouty” Fox proved powerless to prevent Trump’s nomination, did Murdoch do what he always does after he fails to pick a winner. He hitched his wagon to the leader.

Without a doubt, Fox has amplified the Trump message over the first two years of his presidency, especially on Sean Hannity’s and Jeanine Pirro’s shows, and of course Fox & Friends. And it’s true that Trump appears on the network with the frequency of a paid contributor, sitting for 41 interviews as president by the end of 2018, more than all the other major TV networks combined. And it’s worth mentioning that the network has defended the president from the Mueller investigation and other congressional and legal probes. But for all this plugging, Fox’s clout proved little help to Trump in the mid-term elections, as the Democrats took the House of Representatives.

Fox’s minimal influence is easily explained. While it’s the most popular cable news network, it still draws only a niche audience. Socolow provides the numbers: On an average night, about 2.4 million prime-time viewers tune in, which is about 0.7 percent of the total population. “With numbers like these,” Socolow writes, “it’s no surprise that Fox News often chases its viewers rather than leading them. In other words: It’s more likely that Fox News caters to the preexisting partisanship of its small but loyal audience than that Fox News actually changes anybody’s mind.”

Having the ear of the president, as Murdoch does, makes him seem clout-y. We learn from the Times Magazine piece that Trump not only takes Murdoch’s phone calls, he looks forward to them! But Murdoch has long disagreed vocally with Trump on Mexican immigrants, the Muslim ban, and trade agreements. “When is Donald Trump going to stop embarrassing his friends, let alone the whole country?” Murdoch tweeted on the day after Trump announced his run in July 2015. Like all of Murdoch’s political entanglements, his support for Trump—and Trump’s support for him—remains conditional, expedient, and self-interested. This is not what clout looks like.

Will Lachlan do anything to dull Fox’s partisan colors? Why would he? The channel generates about $2.7 billion a year for the company from its minuscule audience. Hollywood types and the intelligentsia who imagine that they can wish Fox away into a cornfield will have to up their shaming game if they expect to alter the network. Last fall in an Andrew Ross Sorkin Q&A session, Lachlan called himself “conservative economically and more liberal on social policy,” yet also said of the network, “I’m not embarrassed by what they do at all.” He promised no immediate change to the channel’s current line-up of hosts. Smart man. Any tampering with the formula would create a business opportunity for Sinclair, One America News, or other pro-Trump outlets.

“Are we retreating? Absolutely not!” a touchy Murdoch insisted in December 2017 when asked about his film company’s sale to Disney. “We are pivoting at a pivotal moment.”

As fibs go, it was a gentle one for somebody who would probably fall on his nose if actually asked to pivot. Paralleling the 88-year-old Murdoch’s waning ambition has been his accompanying physical decline. Chronically clumsy footwork has made him prey to series of falls worthy of a stage-diver. Most recently he broke a vertebra in a January 2018 tumble on Lachlan’s yacht.

Murdoch once told a biographer that his past “consists of a series of interlocking wars.” Viewed in that context, the trade of his film assets for a minority stake in Disney is Murdoch’s way of signaling a desire for peace as he prepares for his eternal reward as well as a vote of no confidence in his four adult children. How else to read his preference for Disney stock in the family treasury over letting his heirs run the Fox movie studio?

When Murdoch slips and falls the very last time, his will dictates that the company will go equally to his adult offspring. As Murdoch family biographers have long informed us, the kids don’t get along, which means they’ll probably fall on one other with axes and longbows when dad’s end finally comes. But no matter who ends up owning Fox, be it a family member or an outsider, its clout will still be tiny. What might change with Murdoch’s death is that the rest of the media will finally be able to see his highly profitable and now modestly influential empire for what it is.

Playwright Dennis Potter called his fatal cancerous tumor “Rupert.” No major work of journalism that has ever treated James Murdoch, the runner-up in the family battle to replace Rupert, more kindly than the Times Magazine piece. Made me wonder how deeply sourced the piece is to him. Send your speculations via email to Shafer.Politico@gmail.com. My email alerts tune to One America News. My Twitter feed favors those must-carry Sinclair commentators. My RSS feed killed its television.