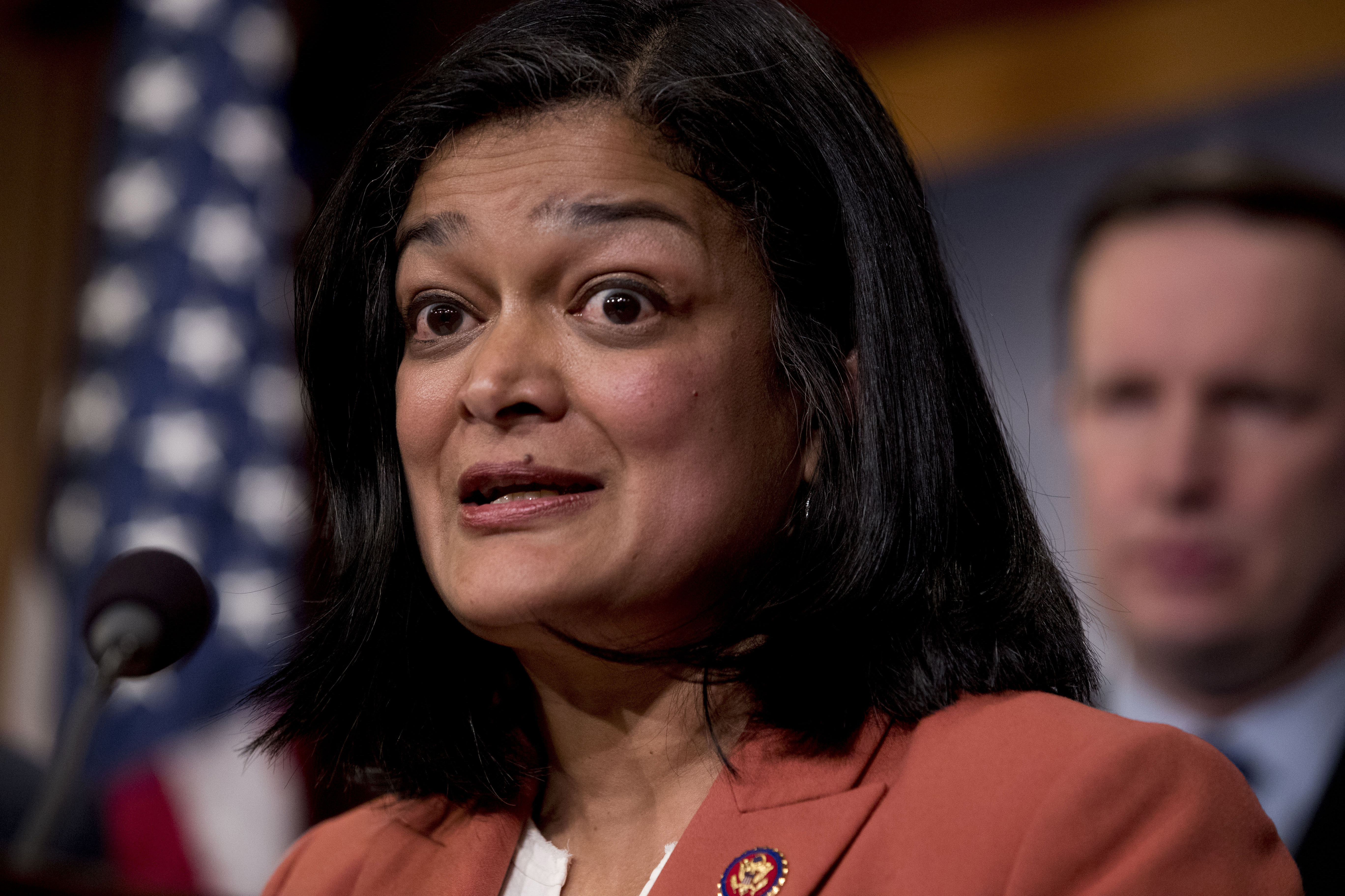 House Democratic leaders may be forced to yank a key budget measure from the floor this week amid a mounting progressive rebellion.

Leaders of the Congressional Progressive Caucus said Tuesday that their 90-member group is prepared to kill the bill setting federal spending limits, which they say shortchanges domestic programs while favoring the Pentagon.

The threat marks the first time in the new majority that progressives are deploying the full weight of their caucus to demand substantial policy changes and sets up a major showdown with House Speaker Nancy Pelosi and her deputies.

“There’s all kinds of things we have not asked for because given divided government, it’s going to be very difficult. This is not a hard ask,” Rep. Pramila Jayapal, a co-chair of the CPC, said of the group’s push to increase domestic spending.

“We’ve got to have something here if we’re expected to try to vote for a [defense] number that is so ridiculously high, while at the same time, we have the kind of inequality that we have in the country,” Jayapal said.

Democrats left a closed-door meeting Tuesday morning with doubts that the bill — which is the launch-point for this year’s battle over budget caps — could pass Wednesday when it’s slated to hit the floor.

“Any caucus can bring down any bill and we have to figure out whether we’re going to be able to govern or not, and this is the first test of it,” House Budget Committee Chairman John Yarmuth told reporters, after delivering a lengthy pitch to his caucus for the legislation.

“I think it’s going to be harmful if we’re unable to do this. It minimizes our leverage in negotiations with Senate and the White House,” Yarmuth said of the looming fiscal fight.

The fate of the budget bill hinges on a Tuesday afternoon meeting, where progressives will meet to discuss their own demands and decide whether to formally block it.

Jayapal and her CPC co-chief Mark Pocan (D-Wis.) have also asked for a sit-down with Democratic leaders before making a final decision.

Pocan said Tuesday that there are at least 22 progressives who won’t support the bill to raise the budget caps if it doesn’t include tens of billions in additional domestic funding.

Jayapal and Pocan have been pushing their own amendment, which would dramatically increase domestic spending to match the Pentagon’s budget. But that move, which would cost an extra $66 billion over two years, would likely lose dozens of Democratic fiscal hawks.

“We have an amendment to take care of that. If that doesn’t pass, I think it will be very hard to pass anything other than that within our caucus,” Pocan said. “I just think there’s a math problem for them, period, looking at tomorrow.”

Several top progressives, including long-time Pentagon critic Rep. Barbara Lee of California, said after the party meeting that they were still weighing their options.

Lee has her own amendment — which would provide another roughly $10 billion in domestic spending per year — that would help bring some progressives on board.

Pelosi and her allies need to move carefully. If the Jaypal-Pocan demand is met, moderate Democrats have warned that they could vote down the bill, which they’ve called too costly at a time when government deficits are set to exceed $1 trillion this year.

The moderate Blue Dog Coalition would “have the votes to take down the amendment,” a senior Democratic aide said Tuesday.

As of Tuesday morning, there weren’t enough Democratic votes to pass the bill on the floor; few if any Republicans would back it.

But senior Democratic aides were insistent they could get there if they needed to; they just privately question whether it’s worth pressuring lawmakers to vote on something that at the end of the day might not matter much in the overall negotiations with Trump and the GOP-controlled Senate.

If Democrats fall short on the floor, they risk exposing an embarrassing intraparty squabble just ahead of the party’s 100 day mark in the majority. House Democrats are scheduled to leave for their annual caucus retreat in Leesburg, Va. just hours after the budget vote.

Democratic leaders, including House Appropriations Committee Chairwoman Nita Lowey, delivered some tough love to her colleagues on a bill that’s seen as a basic function of governing.

If Democrats can’t pass a bill to set spending limits, the New York Democrat said, they shouldn’t be in the majority, according to multiple people in the room. Such a setback would come after the caucus is likely to skip passing a formal budget this year.

House Majority Leader Steny Hoyer told reporters after the meeting that it’s “possible” the bill could get a vote this week. But he also appeared to downplay the significance of the Democratic opening bid.

“Unfortunately, the administration clearly is not very interested in coming to a responsible agreement on a cap,” Hoyer said.

“If we’re going to get an agreement, we need an agreement between the House, the Senate and the president,” the Maryland Democrat added. That’s the reality.”

Laura Barrón-López and Jennifer Scholtes contributed to this report.