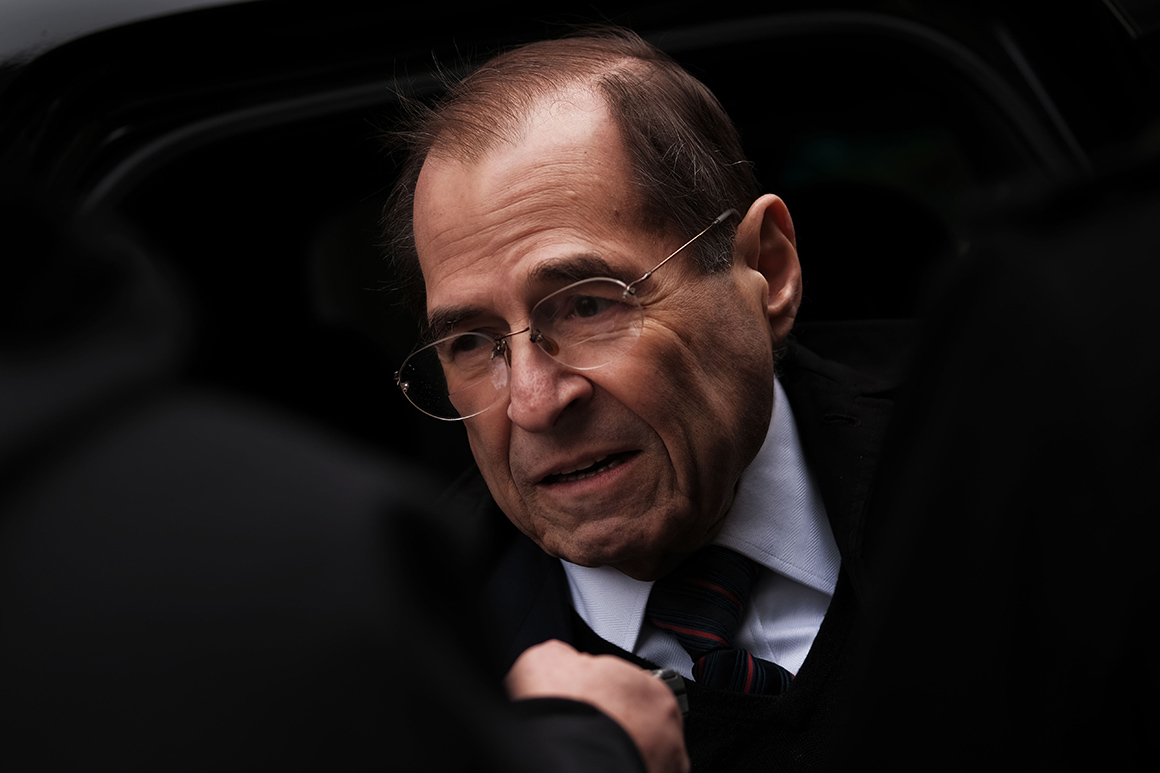 House Democrats are holding their fire on issuing a subpoena for special counsel Robert Mueller’s full report, despite Attorney General William Barr’s pronouncement that he won’t share a complete version of Mueller’s findings with Congress.

Barr indicated during an appearance on Capitol Hill earlier Tuesday that he intends to release — to lawmakers and to the public — a redacted version of Mueller’s conclusions about Russian links to President Donald Trump’s 2016 campaign and whether Trump obstructed the probe.

He said he would entertain congressional requests to reveal some of the redacted portions but added he has no plans to ask a court to release sensitive grand jury information to Congress — infuriating Democrats who have demanded a full and prompt disclosure.

“I think it’s unfortunate,” Nadler added. “We’ve been doing everything we could for the last weeks and weeks to try and reach an accommodation with the attorney general under which we would see the report and the underlying evidence.”

The Judiciary Committee authorized Nadler last week to issue a subpoena for the full Mueller report and all of its accompanying materials. Nadler has repeatedly said he intends to issue the subpoena in “short order,” but he has resisted revealing a timetable for such a move, which would involve seeking a court order to release the grand jury information.

Nadler said a court may look favorably on his panel’s efforts to access Mueller’s confidential grand jury evidence because the push could be seen as a precursor to an impeachment proceeding.

Though Nadler said the committee may never formally undertake such a proceeding, he noted that courts have considered efforts “preliminary” to impeachment as grounds to grant Congress access to typically secret grand jury files.

“Certainly an inquiry which may help you determine whether or not to initiate an impeachment is preparatory to that,” Nadler said. “We may very well decide we don’t have to do that. But we need all of the information.”

“We shouldn’t have to launch a formal impeachment inquiry until we have more information,” Nadler added.

The question of Congress’ access to Mueller’s grand jury information took on added urgency Friday when a federal appeals court narrowed the set of circumstances under which a judge may lift the secrecy of grand jury information. But the court explicitly recognized that an impeachment inquiry — or any activity considered to be “preliminarily” related to impeachment — would still qualify for an exemption.

Nadler pointed to that aspect of the ruling in arguing that Congress still had a path to accessing Mueller’s files.

Speaker Nancy Pelosi on Tuesday afternoon said she deferred to Nadler and other congressional committees in terms of the timing of a subpoena for the Mueller report. “I’m very proud of my committees. I respect the work of the committees,” she told reporters. “They’ll make their decision on timing.”

Still, Pelosi said Barr would be wrong if he attempts to redact anything from the report he shares with Congress other than national security information. “Beyond that, he has no business redacting,” Pelosi said.

Democrats on the Judiciary Committee are becoming increasingly impatient about Barr’s reticence to share the full Mueller report, especially his pronouncement that he would not give Congress access to the grand jury material.

“It is my view, if this position holds, we’re going to have no choice to issue the subpoena and litigate,” said Rep. David Cicilline (D-R.I.), a member of the Judiciary panel.

“The attorney general should be reminded that he took an oath to the Constitution of the United States and he serves the people of this country. His role is not to protect the president,” Cicilline added.