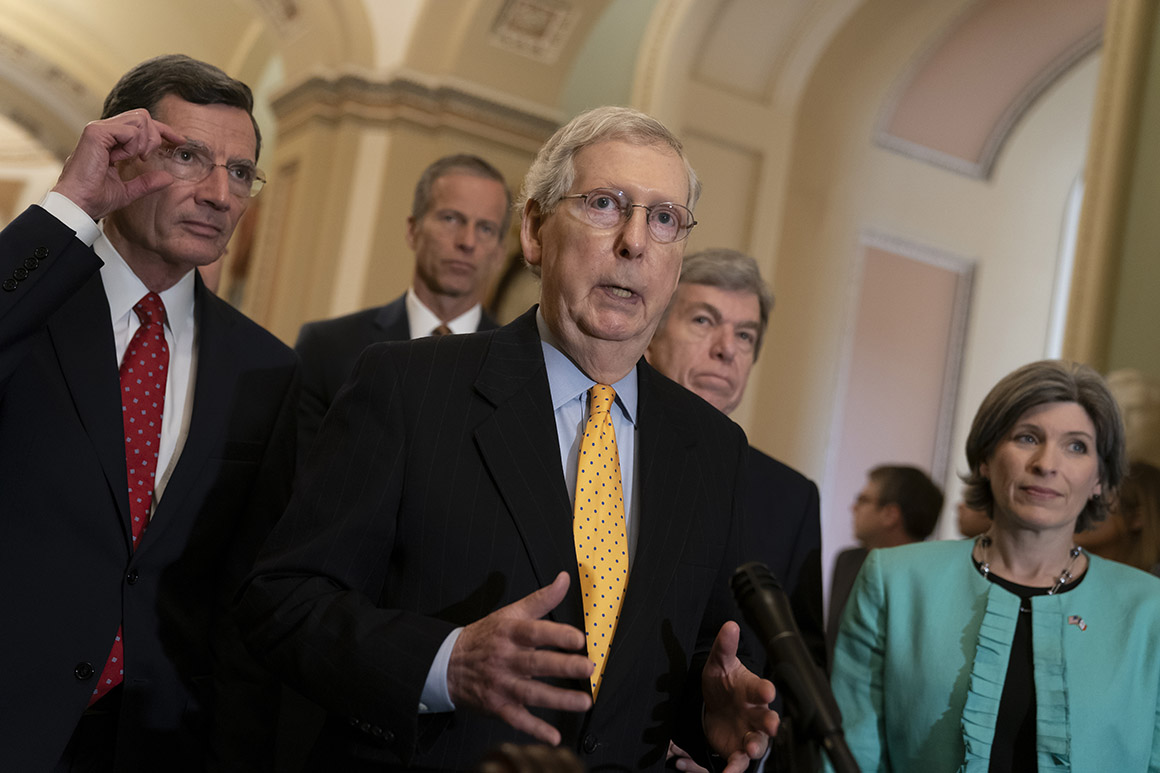 "We’ve agreed to put together, at the staff level, a group to begin discussing the possibility of reaching a two-year caps deal so we can move ahead hopefully with some kind of regular appropriations process," McConnell told reporters, noting that President Donald Trump also supported the idea in a meeting last week.

The majority leader said there is a "bipartisan desire" to avoid another stopgap spending bill and the $126 billion in automatic cuts set to go into effect on Oct. 1 if Congress fails to raise the budget caps.

"So I’m hoping this will be the beginning of a bipartisan agreement, which will be necessary in order to have an orderly appropriations process, not only this year, but next year as well," McConnell said.

House Democratic leaders are trying this week to pass a bill that would increase those spending limits. But they might forgo a passage vote amid pushback from progressive Democrats. Still, the rule setting up debate on that measure will help the House Appropriations Committee proceed in crafting fiscal 2020 spending bills with an overall limit of $1.3 trillion for defense and non-defense funding.

House Appropriations Chairwoman Nita Lowey (D-N.Y.) reiterated this week that her spending panels expect to start marking up their fiscal 2020 bills when Congress returns from recess on April 29.