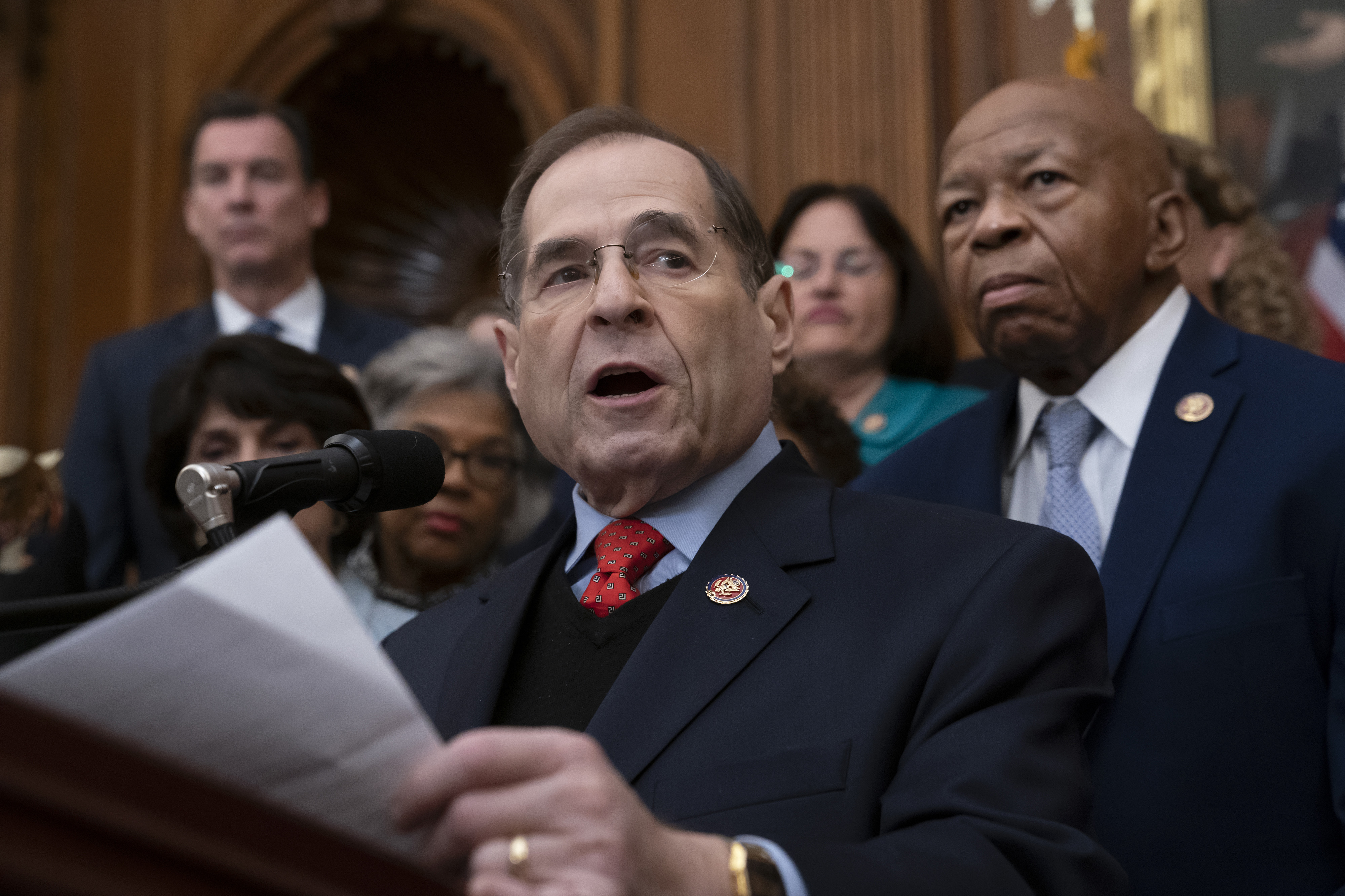 House Democrats are demanding that the Trump administration turn over a trove of documents tied to its refusal to defend Obamacare in court, marking an escalation in the political battle over a case that’s put health care for millions at risk.

The chairmen of five House committees sent letters to the White House, Justice Department and top Trump health officials seeking information on the administration’s recent decision to support the health care law’s full elimination in court. They called the administration’s new legal position a “sudden and significant reversal” that violates the federal government’s longstanding precedent of defending its own laws.

“The Department owes Congress and the public an explanation as to why it refuses to enforce the law,” the Democrats wrote to Attorney General Bill Barr, who is scheduled to testify before a House appropriations subcommittee Tuesday morning.

Their letter seeks the DOJ’s legal justification for declaring Obamacare unconstitutional as well as internal communications about the case. It also demands that DOJ make four of its attorneys available to testify.

Administration officials did not immediately respond to a request for comment.

The requests come two weeks after the Trump administration’s surprise decision not to defend Obamacare in a legal challenge launched by 20 GOP-led states that contends the entire law is invalid because Congress zeroed out its individual mandate penalty. Legal experts across the political spectrum and some Republican lawmakers have panned the claims as far-fetched.

DOJ last summer had argued that only the law’s insurance protections should be struck down — a position that also outraged Democrats, who said the administration was abdicating its responsibility to defend federal laws in court. After a Texas judge found the entire law invalid in December, the Trump administration shifted its stance to support that ruling, which is now under appeal.

The Trump administration’s new legal stance came over the objections of both Barr — whose department is leading the legal charge against Obamacare — and Azar, who is responsible for overseeing the health law’s implementation. Azar has since said he fully supports the administration’s legal position.

President Donald Trump has recently cheered the lawsuit, declaring that Republicans will come up with a new health care plan to replace Obamacare soon after the 2020 elections. Democrats have seized on Trump’s revival of health care as a key campaign issue, warning that the GOP would gut insurance protections for pre-existing conditions and jeopardize coverage for 20 million people covered through Obamacare.

House Democrats say they need to know whether the administration’s new legal position was influenced by Trump’s newfound desire to make health care a central plank of the 2020 campaign.

“Congress is entitled to understand the communications that took place and pressures that were applied to achieve these troubling results, including whether this decision was in any way related to plan to replace the ACA,” the five Democrats wrote to Cipollone.