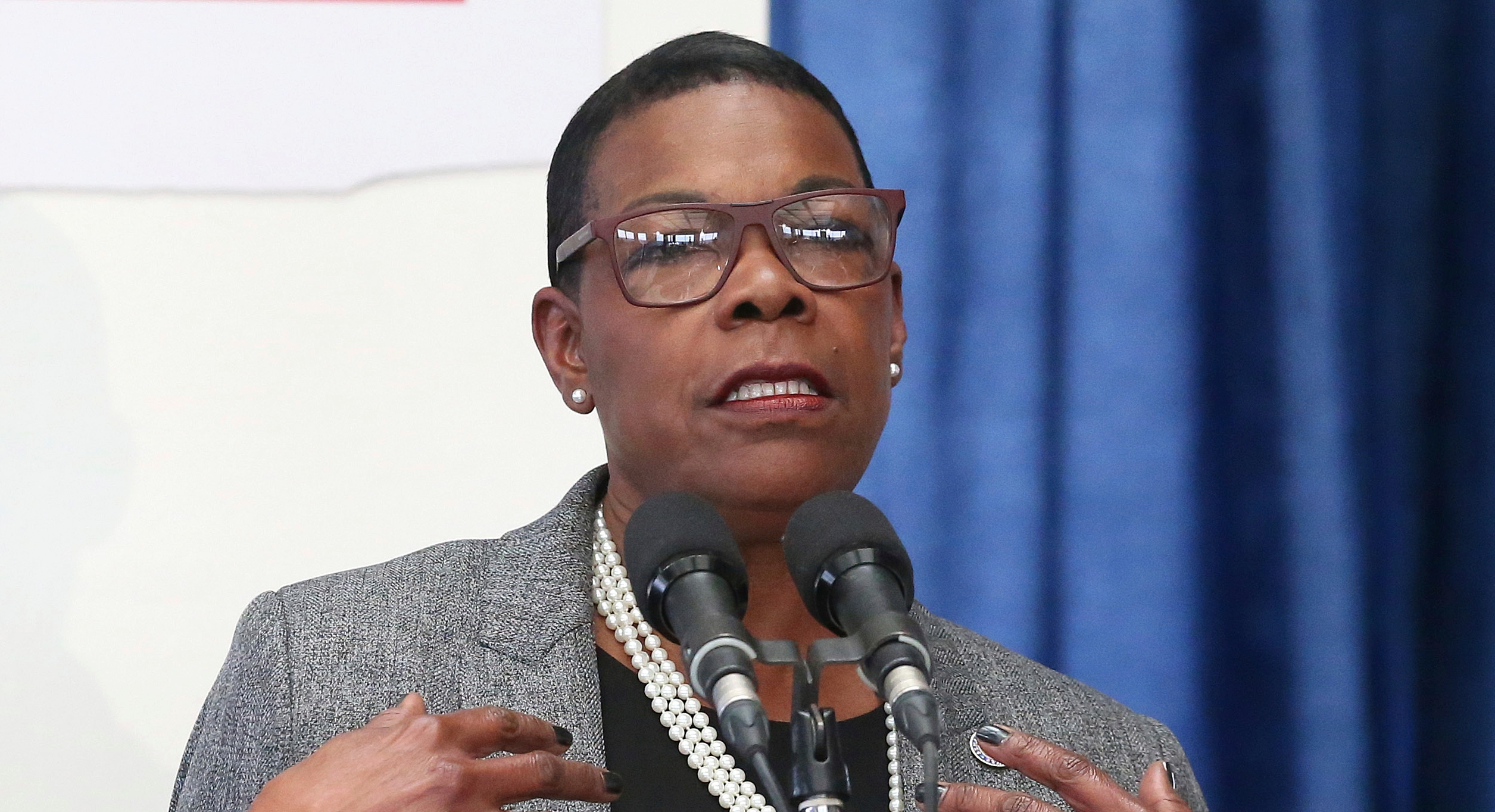 TALLAHASSEE — A state Democratic leader in Florida has come under withering criticism after she opposed a bill targeting anti-Semitism, a move that has energized Republican efforts to woo entrenched Jewish voters in the nation’s biggest battleground state.

State Sen. Audrey Gibson’s vote, and her ill-received defense of it on Tuesday, have Florida Republicans drawing comparisons to Reps. Ihlan Omar and Rashida Tlaib, congressional Democrats whose comments critical of Israel have caused firestorm in Washington. Florida Democrats, like their national counterparts, are sweating over the politics of how to respond.

“It is sad that in the world propagated by Washington Democrats like Congresswomen Ihlan Omar and Rashida Tlaib and Tallahassee Democrats like Audrey Gibson, fighting anti-Semitism is ‘divisive‘,” state Rep. Randy Fine, a Jewish Republican and the bill’s sponsor, wrote Tuesday.

Gibson, an African American and the state Senate’s top Democrat, caused a rift even among her own party members, many of whom are Jewish, as she tried to explain her decision to vote against the measure.

Florida GOP legislators pushed the anti-Semitism bill after Omar suggested in February that pro-Israel activists and lawmakers hold “allegiance to a foreign country.” The fallout from her comments divided Congress and gave state lawmakers an opportunity to take political advantage.

Anti-Semitic behavior would include “accusing Jewish citizens of being more loyal to Israel, or the alleged priorities of Jews worldwide, than to the interest of their own nations."

The bill marks another effort by Republicans to make inroads with Florida’s sizable Jewish population, which has traditionally leaned Democratic and could play a pivotal role in another close presidential election in 2020.

As drama mounted over Gibson’s vote, Gov. Ron DeSantis on Tuesday said he would take a week-long trade mission to Israel in late May, an effort to live up to his pledge to be the “most pro-Israel governor in the country.”

The anti-Semitism bill had been moving smoothly through the House and Senate until a Monday committee hearing, when Gibson said she was concerned the proposal would grant “special protections” to one religion as opposed to all religions. She questioned the motives behind the bill, which is sponsored by Sen. Joe Gruters (R-Sarasota), chairman of the Republican Party of Florida.

“This kind of thing is what creates divisiveness in this country,” said Gibson, noting that African-American churches have been bombed. “It’s an intentional piece of legislation to divide.”

On Tuesday, Gibson, defended her vote, saying that the bill, while well-intentioned, “fails to protect the very constituencies that have been the subject of hate crimes in Florida, and in this country.”

“As it currently stands, this legislation fights the wrong battle, and targets the wrong enemy,” Gibson said in a written statement. “It restrains school children from making anti-Semitic statements, but removes culpability for those who actually carry out anti-Semitic hate crime attacks.”

The explanation didn’t satisfy critics, including those in her own party.

Sen. Annette Taddeo (D-Miami), a Jewish Democrat from South Florida, said she was “extremely disappointed” in Gibson. Lauren Book (D-Plantation), who is Jewish, called the legislation important in the wake of incidents such as the 2018 shooting in a Pittsburgh synagogue, where 11 people were killed.

“This is a very real threat,” said Book.

“Too late,” Fine wrote. “Folks should watch the tone and content of her questions and debate. To refuse to stand against anti-Semitism is unconscionable.”