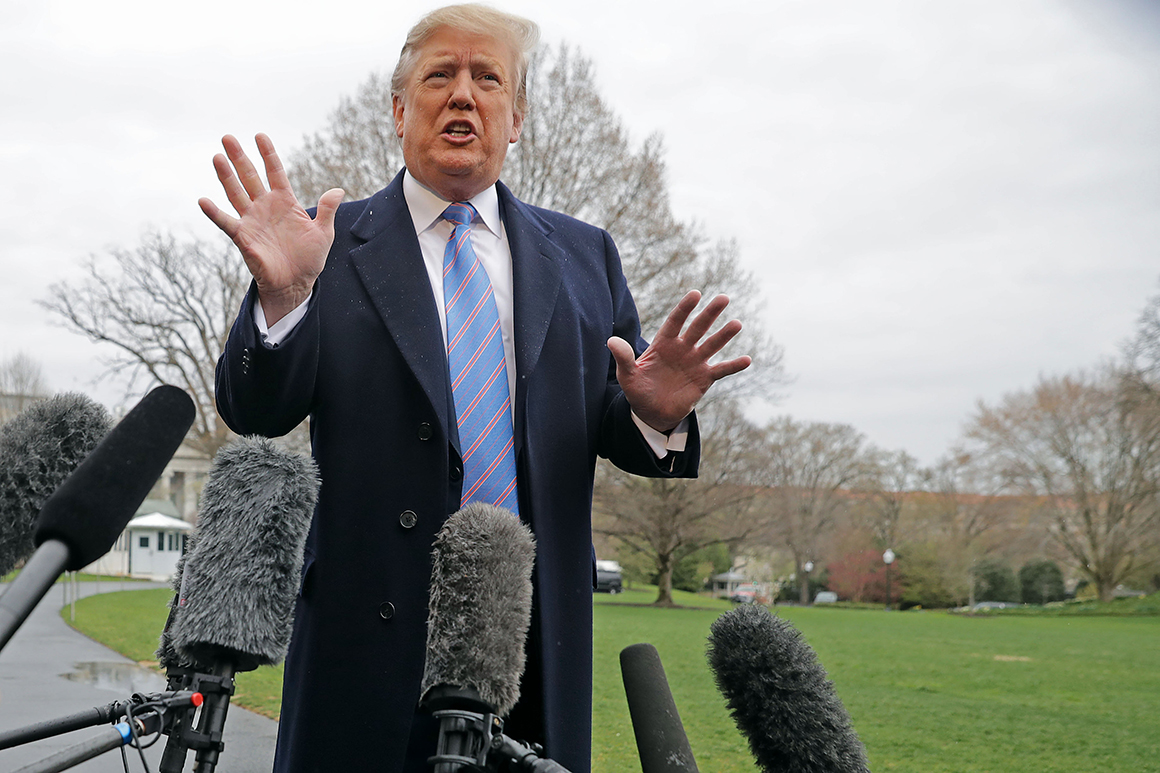 The Trump administration announced Monday that it is designating a key Iranian military force as a terrorist organization, an unprecedented move against a foreign government entity that met resistance from many in the Pentagon and other departments.

President Donald Trump and his aides have mulled the move for many months, but have held back until now, in part because military experts say it could endanger American troops and lawyers warn it could be legally tough to defend.

But proponents of the idea say the IRGC is a threat to the region and must be constrained, and that the warnings about the consequences of the designation are overblown.

It is the first time the United States has designated an official military force of another country a terrorist group. Such designations are typically reserved for non-state actors.

But the Trump administration is pursuing a “maximum pressure” campaign designed to weaken Iran’s Islamist regime, and it is using just about every lever at its disposal. It argues that the regime is destabilizing much of the Middle East through military and other interventions overseen in part by the IRGC.

Opponents of the idea, including those at the Pentagon, fear that designating the Iranian force could lead to retaliation against U.S. troops in the Middle East, including by Tehran-backed militias in countries such as Iraq.

Iran’s Foreign Minister Javad Zarif over the weekend alleged that the U.S. was taking the step at the behest of Israeli Prime Minister Benjamin Netanyahu, and that it would not end well.

“#NetanyahuFirsters who have long agitated for FTO designation of the IRGC fully understand its consequences for US forces in the region. In fact, they seek to drag US into a quagmire on his behalf. @realDonaldTrump should know better than to be conned into another US disaster,” Zarif wrote on Twitter.

But Iran’s options may be limited. U.S. sanctions, which Trump re-imposed after pulling out of the Iran nuclear deal, are already badly hurting its economy, and Tehran may want to avoid any serious military conflagration with the United States.

Still, the Justice Department has warned that it may not be able to defend the terrorist decision in court, and Treasury officials also are wary, people familiar with the issue have told POLITICO.

One aspect of the IRGC’s case that makes it extra sensitive, including on the legal front, is that the military force plays a major role in Iran’s economy, and it’s often difficult to untangle its commercial ventures from its military activities.

Congress has not yet been formally notified. According to the State Department, lawmakers must get at least seven days to review the plan.

Organizations designated as foreign terrorist groups face U.S. efforts to freeze their assets. Americans also are usually forbidden from engaging in any business with groups designated.