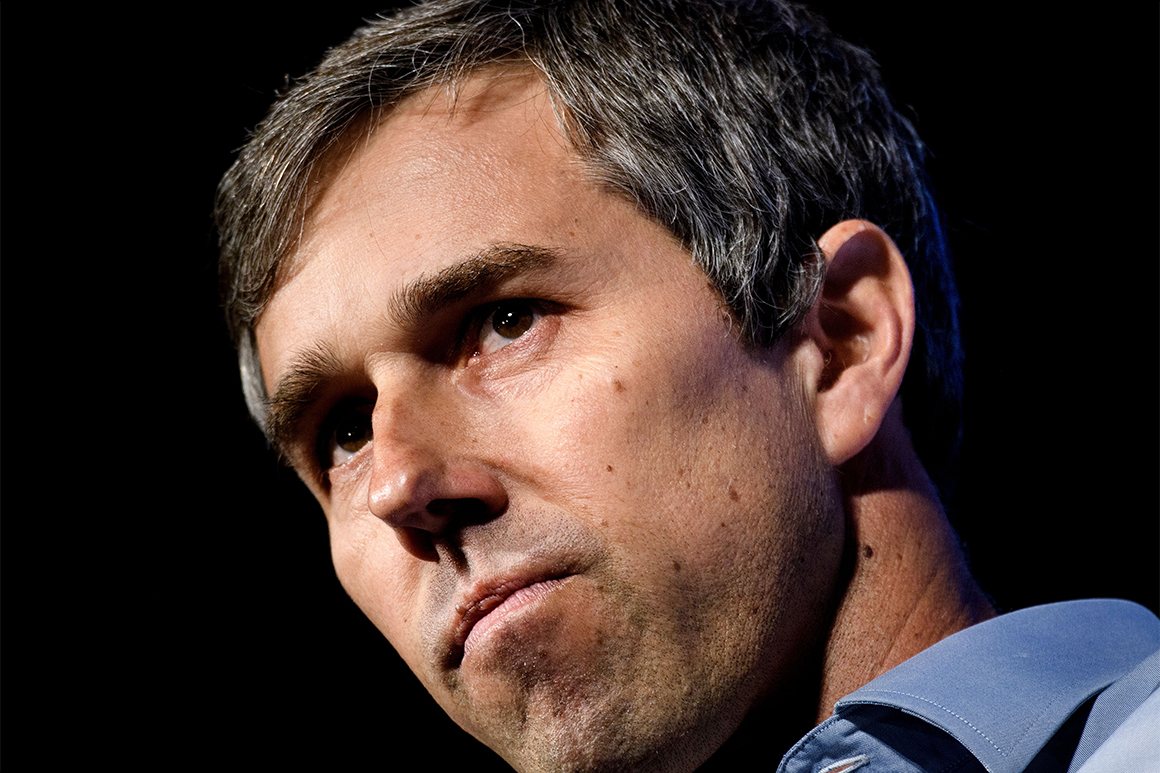 DES MOINES, Iowa — Between the prom proposal from a young admirer, the long lines for photographs and the conservative tracker recording his every word, Beto O’Rourke had all the hallmarks of a top-tier candidate during his latest swing through Iowa.

Yet by the time he left the state on Sunday, it was also clear that the euphoria that greeted O’Rourke’s entry into the race three weeks earlier has started to subside. The inevitable slog of competing in a packed Democratic primary is underway, and O’Rourke has not yet drawn the wave of national adulation from the left that his Senate run against Ted Cruz last year received.

“He’s going to have to do the work,” said Scott Brennan, an Iowa Democratic National Committee member and a former state party chairman. “And it isn’t all breathless, 300-person crowds.”

O’Rourke has seen little movement in polls since he announced. He posted an impressive — but not first-in-class — fundraising total for the first quarter of the year. Another young, relatively inexperienced politician, Pete Buttigieg, has emerged as the Democratic upstart of the moment.

And while O’Rourke sprinted from college campuses and coffee shops to house parties across Iowa, a more established contender, Bernie Sanders, was drawing even larger audiences here.

It was a reminder that early in the Democratic nominating contest, Sanders — not O’Rourke — remains far ahead in polling and fundraising, while the putative front-runner, former Vice President Joe Biden, inches toward running.

O’Rourke is hardly teetering, with a national donor list, sustained media interest and the ability to fill rooms. But his crowds were rarely so overwhelming that O’Rourke felt compelled to stand on countertops or bars, as he did when he first visited the state last month. One time he did, speaking from a tree stump in Marshalltown, it appeared largely in homage to the meme.

“You know that I’m happy to get on this stump and deliver this speech from this tree trunk,” O’Rourke told a knowing crowd. “OK, real quick. Why not.”

O’Rourke’s advisers had expected a leveling off of fundraising following his first 24-hour fundraising period, and few campaigns are overly concerned about early national polls.

Last week, O’Rourke began the work of digging in. While his campaign was opening an office in Des Moines and beginning to hire staff, O’Rourke was adapting his populist message for a small-town tavern in rural Carroll, lamenting that Democrats “used to be the party for rural America.”

He called for federal investment programs similar to the Rural Electrification Act of 1936, which authorized federal loans to improve electric service in rural areas. And in a county where signs protesting eminent domain dot the roadways, O’Rourke emphasized that President Donald Trump’s proposed U.S.-Mexico border wall would require a federal taking of land.

He lit into Trump for “foolish” trade wars, telling Democrats at a café in Storm Lake, “It’s the farmer here in Iowa, the rancher in Texas who’s taking it on the chin.” And at an aging diner in Denison, O’Rourke said his favorite president “far and away” was, like the people in his audience, a Midwesterner, Abraham Lincoln.

The town’s mayor, Jared Beymer, said the crowd of no more than about 80 people was a “1,000-person crowd for Denison … For noon on a workday, this is absurd.”

Meanwhile, O’Rourke’s operation is quickly maturing. Standard equipment for television and radio purposes materialized. The candidate stood for questions from reporters at nearly every campaign stop. At event check-ins, O’Rourke’s campaign began soliciting commitments from supporters to caucus for him next year. At least 11 people signed on in Denison. And O’Rourke was laboring to increase that number, mindful not only to wear the caps of local baseball teams at his events, but to recognize the local officials in the crowd.

When a student in Sioux City hoisted a sign asking him to go to prom with her, O’Rourke responded, “First of all, as someone who did not go to prom because no one asked me, I’m really touched. This means more to me than you know.”

Then, holding up a hand-printed sign of his own, he added, “But somebody told me about your sign, and so we came up with a counterproposal … Will you caucus for me?”

The next day, O’Rourke was conciliatory after a rally-goer in Grinnell questioned his record on climate change while in the House, acknowledging there are “some votes that I would rethink or maybe cast in a different direction.”

Asked what votes he would reconsider, O’Rourke told reporters, “I’ll try to get you a more complete answer in the future, because I would need to take a look at those votes. I don’t have them all memorized.”

O’Rourke entered the presidential race weeks later than many of his competitors; he didn’t hire a campaign manager until late March. But he is planning to start a national voter contact program this weekend, asking supporters to host door-knocking events in their neighborhoods.

For any candidate, a canvassing program this early in an election cycle is typically designed more to keep a campaign’s volunteers engaged than to influence potential voters. But its development is significant to O’Rourke, whose electoral experience is limited to Texas.

Sanders, with his base of supporters from 2016, announced last week that more than 1 million people have signed up to volunteer for his campaign. He plans to launch his 2020 organizing program later this month.

Still, O’Rourke told reporters after an event at Iowa State University last week, “We endeavor to do nothing short of starting the largest grass-roots campaign in this country’s history.”

O’Rourke is polling at 8 percent nationally, about even with Sens. Kamala Harris (D-Calif.) and Elizabeth Warren (D-Mass.), and far behind Sanders and Biden, according to the latest Morning Consult survey. He also remains behind Sanders and Harris in fundraising, after collecting $9.4 million in the first quarter of the year.

Though O’Rourke had only 18 days to raise money in the period — he raked in most of it within the first 24 hours — O’Rourke’s hometown newspaper, the El Paso Times, carried the headline, “Is Beto O’Rourke’s $9.4M in donations a success? Analysts differ on campaign impact.”

O’Rourke told reporters he was grateful for the donations and “kind of surprised” that the majority of his donors were people who had not contributed to his 2018 Senate campaign in Texas.

But he said the fundraising is “nothing that I can take for granted.” And O’Rourke acknowledged he didn’t know whether he could keep up his fundraising pace of $520,000 per day on average — a furious clip that would be nearly impossible to maintain.

One major advantage that O’Rourke has over many of his competitors is that he is unencumbered by holding public office or any other job. He is expected to campaign nearly constantly, returning to South Carolina this week.

“He had a great first trip," J.D. Scholten, an Iowa Democrat who ran unsuccessfully for Congress last year, said after speaking with O’Rourke. "Now, he’s more just getting in the thick of things.”