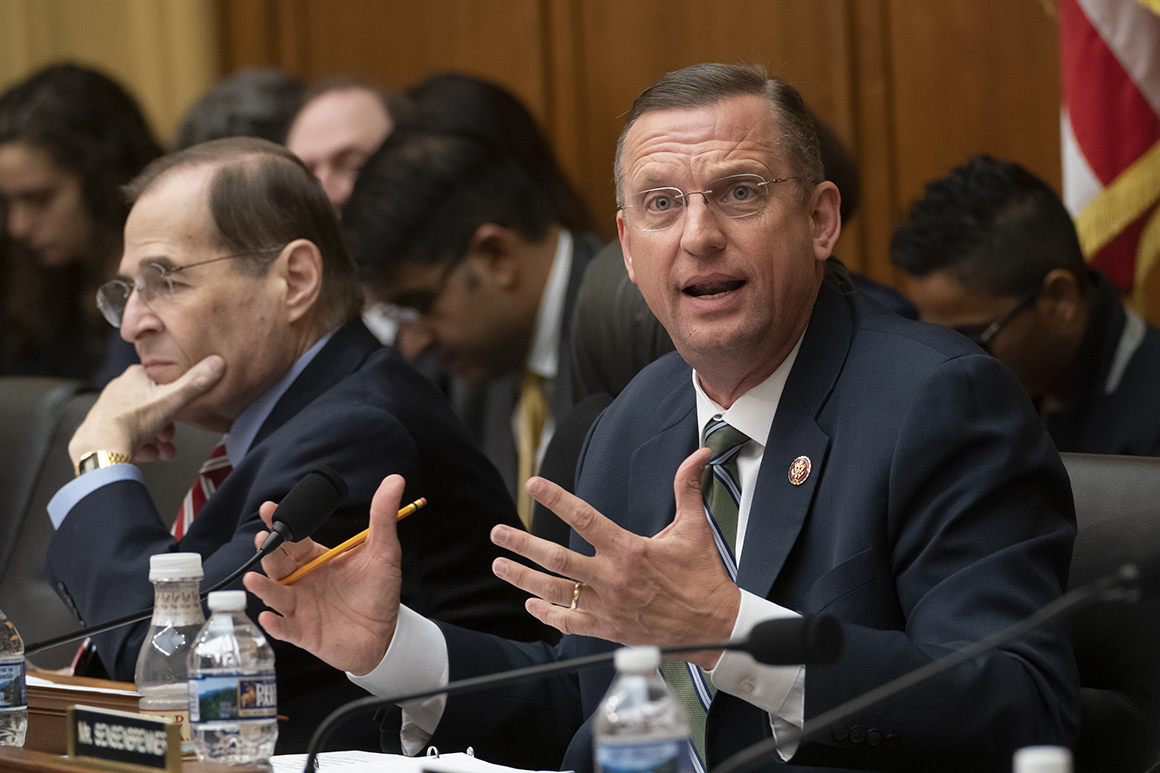 Rep. Doug Collins, the top Republican on the House Judiciary Committee, called Monday for Democrats to immediately bring special counsel Robert Mueller to the Capitol to testify on his still-secret report on Russian contacts with President Donald Trump’s campaign — and whether Trump himself obstructed the probe.

"If you seek both transparency and for the American public to learn the full contours of the Special Counsel’s investigation, public testimony from Special Counsel Mueller himself is undoubtedly the best way to accomplish this goal," Collins wrote in a letter to the committee’s chairman, Rep. Jerrold Nadler (D-N.Y.).

Collins said Democrats were essentially blowing smoke about their urgency to obtain Mueller’s complete report, arguing in his letter that the only way they can access Mueller’s underlying evidence is to open an impeachment inquiry.

It’s part of a brewing legal debate about Congress’ ability to see grand jury material that intensified last week when a federal court further narrowed the ability for judges to grant access to such testimony and evidence.

"[Y]ou refuse to head down that path for political reasons, and have chosen the path of greatest resistance, and least legality — attacking the Attorney General for refusing to break the law while misleading the American public about what the law requires or allows," Collins wrote.

Collins said that absent an impeachment inquiry, calling Mueller himself to testify would be the best way to learn about his findings — and that the hearing should be held during the last week of April. "Although the House is expected to be in recess that week, I think we can agree this business is too important to wait, and Members of the Committee will surely return to Washington at such a critical moment in our country’s history," he said.