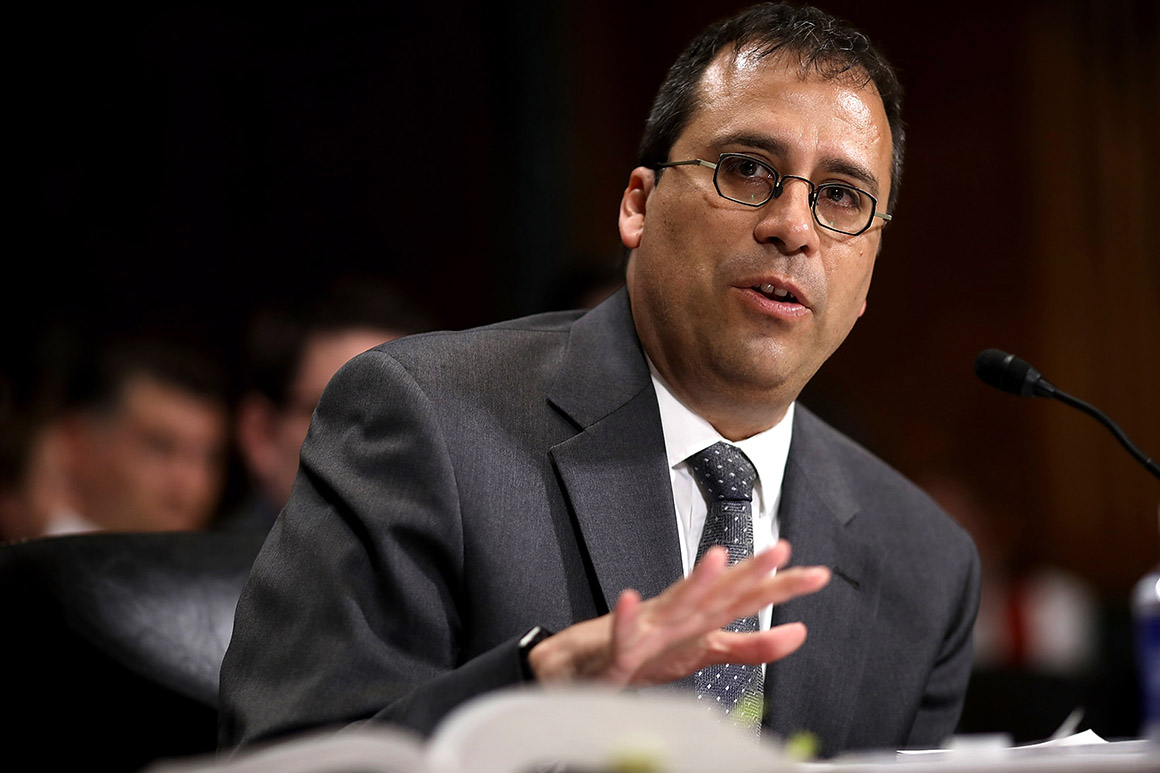 Miller has pushed in recent days to oust Cissna, director of U.S. Citizenship and Immigration Services, as part of a White House housecleaning as the administration grapples with a surge of migrant families arriving at the U.S.-Mexico border.

Homeland Security Secretary Kirstjen Nielsen resigned Sunday and the White House on Friday announced the withdrawal of Ronald Vitiello, its nominee to become director of Immigration and Customs Enforcement.

In addition, Secret Service Director Randolph Alles is vacating his position, the White House said Monday. "Mr. Alles will be leaving shortly," said White House spokesperson Sarah Huckabee Sanders, "and President Trump has selected James M. Murray, a career member of the USSS, to take over as director beginning in May.”

Roy Beck, president of NumbersUSA, a grassroots organization that seeks lower levels of immigration, pronounced himself confounded by reports that Cissna may be removed from his post at USCIS.

“He’s great. He’s worked in this issue for years, he’s extremely knowledgeable,” Beck said. “He’s exactly the type of person who needs to be in DHS in leadership.”

A 52-year-old lawyer and former foreign service officer, Cissna became director of USCIS in October 2017. During his tenure, he issued a steady stream of memos and guidance that toughened the process to obtain certain visas for workers and students, among other changes.

Cissna’s agency continues to work on regulations aimed at reducing legal immigration, including the so-called public charge rule, which could block immigrants from obtaining a green card if they’ve received public benefits in the past or are deemed likely to do so in the future.

A September profile of Cissna in POLITICO identified him as one of the more quietly effective Trump officials furthering the administration’s restrictionist agenda on immigration.

But as the number of Central American families arrested at the southwest border skyrocketed in recent months, the White House grew frustrated with Cissna’s performance, according to a person familiar with the situation. USCIS does not deal directly with border security, but senior administration officials argued that he allowed the agency’s bureaucracy to sidetrack major initiatives, the person said.

Miller has pressed Cissna, unsuccessfully, to launch more experimentally and legally questionable policies, according to three people familiar with the situation.

Cissna’s defenders contend that he strove to adhere to the law while Miller pressed to overstep legal boundaries.

“If they push out the uber-competent guy that the left hates because he’s getting things done within the law and the right loves because he’s actually being faithful to the president’s campaign promises, they’re even bigger idiots than we already know,” one former DHS official said.

“He’s gone like a tortoise rather than a hare,” she said — an approach that, she argued, will have more lasting effects.

Moreover, Cissna has taken action “in a way that has largely avoided the flaming lawsuits and bad optics of other controversial policies, like family separations and the vetting executive order,” Vaughan said. “He’s just gone about his business steadily using the constitutional authorities that are available.”

Chris Chmielenski, deputy director at NumbersUSA, said he supports Cissna, but that some policies could move along faster. He cited the administration’s plan to revoke work permits for spouses of H-1B visa holders, but added that he wasn’t clear what has held up the regulation. A related proposed rule has been under review at the White House budget office since late February.

“There are a few things that have not been done yet that they’ve talked about, and that we’d like to see swifter movement on," he said.

Eliana Johnson and Nancy Cook contributed to this report.