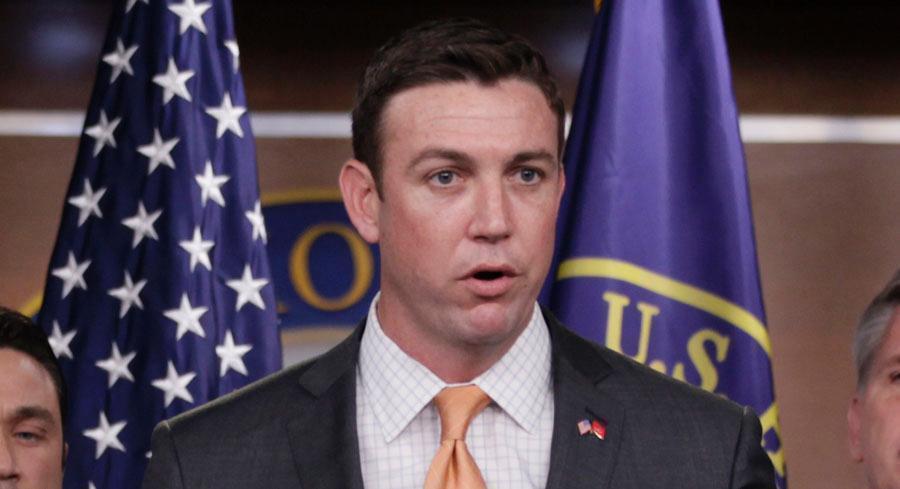 SACRAMENTO — Rep. Duncan Hunter is facing new accusations of bigotry after again suggesting that a Democratic opponent is advancing an Islamist political agenda.

The San Diego Republican faced an unexpected battle in his reliably red district last cycle as his opponent, Democrat Ammar Campa-Najjar, sought to capitalize on a wave of liberal enthusiasm and a federal indictment accusing Hunter of illegally spending campaign funds for personal matters.

Hunter and his campaign repeatedly sought during the campaign to characterize Campa-Najjar as an agent of political Islam — and with Campa-Najjar launching a second challenge, Hunter has doubled down.

A fundraising pitch from Hunter claims that Campa-Najjar’s last bid was buoyed by “supporters of the Palestinian Liberation Organization” and noted that the Democrat’s grandfather was involved with planning the terrorist attack on the 1972 Munich Olympics (the email repeatedly misstated Campa-Najjar’s name).

A Hunter campaign spokesperson did not respond to POLITICO’s requests for comment or corroboration.

Democratic House members who represent the San Diego area are crafting a letter or statement rebuking Hunter, according to a source connected to the delegation.

The conspiratorial missive from Hunter echoes rhetoric from the last cycle, when the Republican incumbent warned supporters that “radical Muslims are trying to infiltrate the U.S. government” and released a campaign ad saying Campa-Najjar was a “risk” who was “working to infiltrate Congress.”

Campa-Najjar has repeatedly rebutted allegations that he is aligned with political Islam by noting that he is a Christian, he never knew his Palestinian grandfather — and has disavowed the Olympics attack — and that he had to obtain a security clearance to work in the Obama White House.

Campa-Najjar’s father was a Palestinian minister who has been quoted praising his own father but endorsing peace efforts with the Israelis.

The battle for Hunter’s seat promises to again be competitive: the Democratic Congressional Campaign Committee has rallied behind the race, designating it one of two “offensive battlefield targets.” Campa-Najjar has followed up on last year’s 3.4 point loss by announcing that he raised over $345,000 in the first quarter of this year.

Hunter, meanwhile, has been politically hamstrung by the federal case hanging over his tenure. House leadership has stripped him of his committee assignments, a situation the DCCC has sought to highlight.

Should he win his bid to unseat Hunter, Campa-Najjar would bring to Washington a sympathetic perspective toward Palestinians.

In a series of tweets on Monday morning, Campa-Najjar — who was born in the U.S. but lived for a few years during his childhood in the Gaza Strip — shared an image of Palestinian youths and wrote “I was one of these children,” adding that “Palestinians deserve full equality, the right to self-determination, and basic human dignity.”

“As someone who has lived in the conflict and has experience and empathy for both sides, I think that I would be an important voice for the Democratic Party” if elected, Campa-Najjar told POLITICO. He assailed Israeli Prime Minister Benjamin Netanyahu’s call to annex the West Bank and warned that “the window of opportunity for a peaceful solution is very narrow and we don’t have time to have American politicians playing games and fearmongering and distorting the truth.”