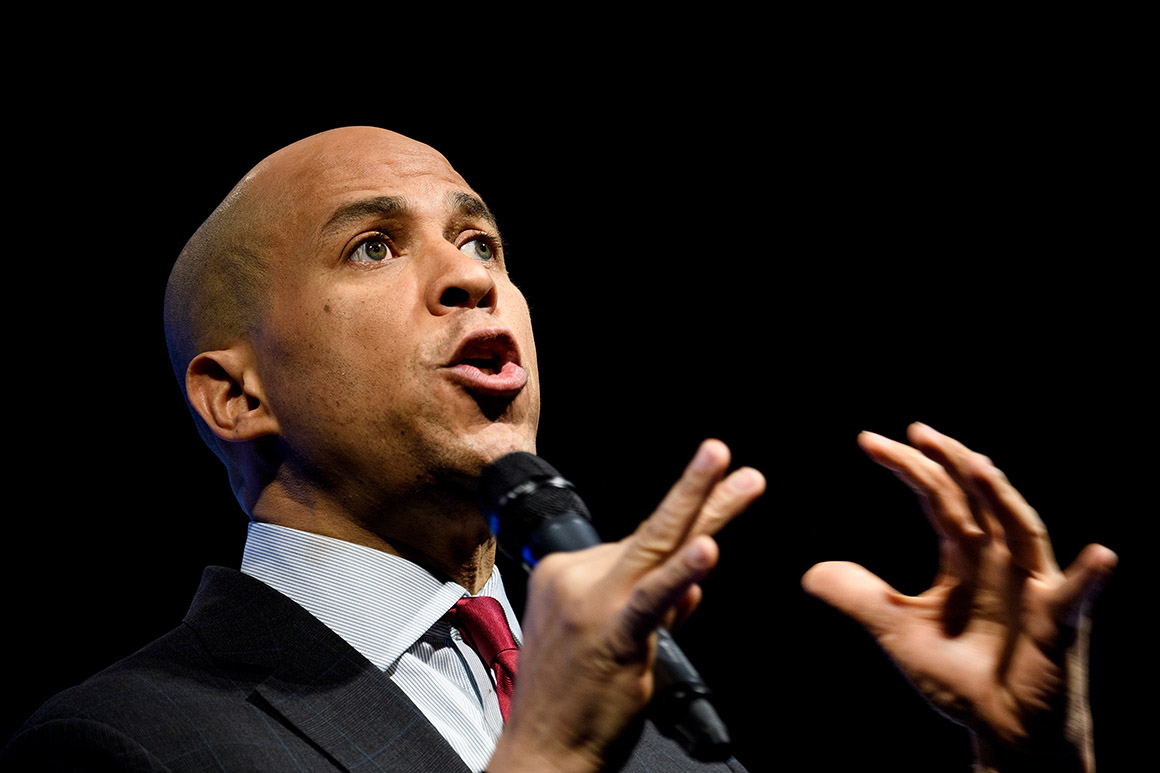 Sen. Cory Booker is introducing a Senate bill to study reparations for African Americans — a companion bill to Rep. Sheila Jackson Lee’s legislation on an issue that has become a litmus test for 2020 presidential hopefuls.

"I will be introducing a bill to study reparations proposals for African-Americans – the Senate companion to @JacksonLeeTX18’s HR40 bill," Booker tweeted on Monday. "Our hope is this will finally begin to right the economic wrongs of persistent racism, white supremacy & implicit racial bias in our nation."

The bill, H.R. 40, by Lee (D-Texas) would create a congressional panel to study the possibility of reparations for the descendants of slaves. Former Rep. John Conyers of Michigan first introduced the legislation in 1989.

Booker hinted at the legislation last month during a CNN town hall, where he criticized the dialogue around reparations, saying it’s "reduced to a box to check on a presidential list, when this is so much more of a serious conversation."

A number of 2020 Democratic hopefuls have voiced their support for reparations, including Booker.

Sen. Kamala Harris also supports the bill, expressing she would sign it during a radio interview prior to Sharpton’s event and during her speech at the NAN.

Prior to the event, O’Rourke and Sanders had been less enthusiastic about the idea of reparations.

While speaking in Iowa last month, O’Rourke said he wasn’t in support of traditional reparations for African Americans.

Sanders during an interview with the radio show "The Breakfast Club," said he doesn’t believe in the idea of "writing a check" to every African American, adding that the U.S. would have to do the same for Native Americans.