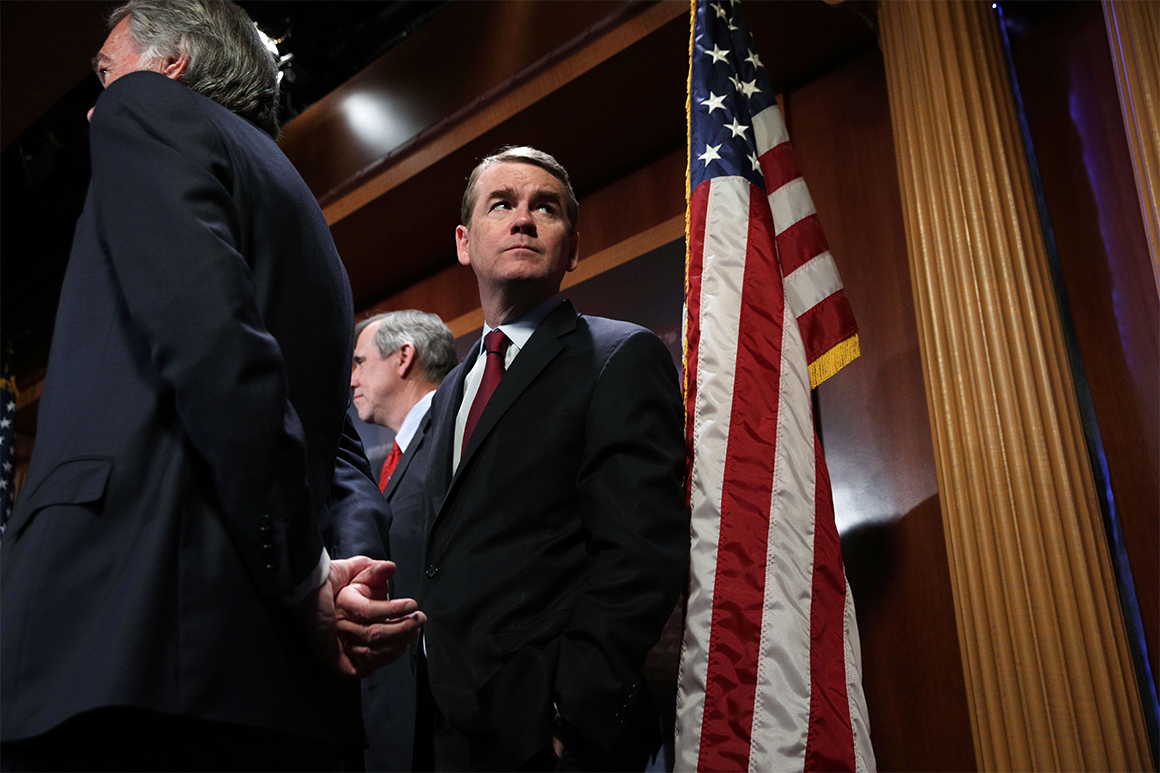 Likely Democratic presidential contender Sen. Michael Bennet on Sunday criticized former Vice President Joe Biden for joking about the controversy swirling around his touchy, avuncular style that some women say made them uncomfortable.

"I don’t think anyone should make jokes about it," the Colorado senator told CNN’s Jake Tapper on the "State of the Union." "This is an important time in our country’s history when women are coming forward and able to say when they’ve been made to feel uncomfortable, whether in a sexual way or a non-sexual way. People’s voices should be heard on that."

Numerous women have come forward to say Biden touched or kissed them in intimate ways that invaded their personal space. Responding, Biden and his defenders have argued he’s a tactile person who shows physical affection toward everyone, including men, women and children.

During a speech to the International Brotherhood of Electrical Workers on Friday, Biden joked twice about the controversy. After hugging union president Lonnie Stephenson and a young boy, Biden said each had given him permission, prompting laughter from the crowd.

But other Democrats were not laughing. Lucy Flores, a former Nevada state legislator who said Biden had smelled her hair and kissed her on the back of the head, lambasted the former vice president for failing to grasp the seriousness of the situation.

“It’s clear @JoeBiden hasn’t reflected at all on how his inappropriate and unsolicited touching made women feel uncomfortable,” Flores wrote on Twitter. “To make light of something as serious as consent degrades the conversation women everywhere are courageously trying to have.”

The controversy has raised questions about Biden’s stature as a potential 2020 presidential candidate, adding to a characterization that had already been gaining traction of the 76-year-old as out of touch in a changing Democratic Party. On whether the controversy should disqualify Biden from another presidential bid, Bennet said that would be up to voters to decide.

Bennet also discussed his own timeline for announcing a presidential bid. He was recently diagnosed with prostate cancer, but says he doesn’t have any symptoms and is eager to launch his campaign after treatment and a couple weeks of rest.