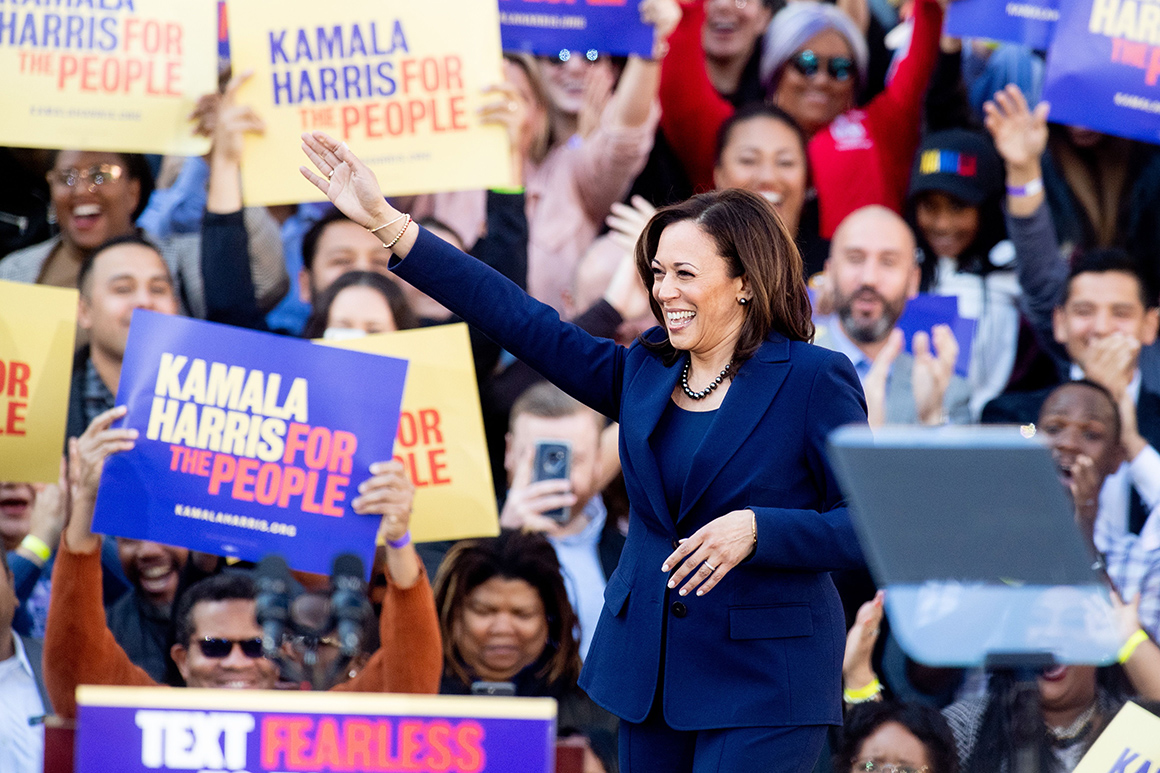 Sen. Kamala Harris has been elected three times to statewide office, and she’s one of the most popular politicians in California. Yet according to the latest Public Policy Institute of California poll, just 38 percent of likely state voters say she should be running for president.

They’re not the only 2020 contenders whose constituents have misgivings about their presidential ambitions. New Yorkers pine for Vermont Sen. Bernie Sanders ahead of home-state Sen. Kirsten Gillibrand — 61 percent said they’d be happy if Sanders was the nominee, compared to 45 percent who said the same about Gillibrand.

The numbers are even worse for New York City Mayor Bill de Blasio, who’s considering his own bid: More than three-quarters of New Yorkers think he shouldn’t run for president. The rejection was absolute: according to a Quinnipiac University poll released Wednesday, “every listed party, gender, racial, borough and age group agrees that the mayor should not hit the campaign trail.”

Indeed, for much of the Democratic field, there’s little home advantage to be found. Some contenders would have a tough time winning their own state in the general election. A few seem likely to lose their state even in the Democratic primary. Never before has the designation of a favorite daughter or favorite son candidate appeared so meaningless.

In 2020, said former New Mexico Gov. Bill Richardson, who ran for president in 2008, “There’s no such thing as a favorite son.”

The vulnerability of candidates in their home states has come more sharply into view in recent weeks, as the Democratic primary has intensified. Consider Texas. While there are two candidates hailing from the state — Beto O’Rourke and Julián Castro — Warren, Harris and Minnesota Sen. Amy Klobuchar, among others, have all campaigned there recently.

While O’Rourke polls well in Texas, two non-Texans — former Vice President Joe Biden and Sanders — are running about even with him in hypothetical matchups against President Donald Trump, according to a recent Quinnipiac University poll.

In California, Harris has the endorsement of the sitting governor, Gavin Newsom, and a history of raising money in the state. But Biden is also familiar to voters there, as is Sanders, who spent weeks campaigning in California ahead of the state’s primary election in 2016. Susie Tompkins Buell, a Democratic megadonor who has announced she supports Harris, said she’ll throw a fundraiser for a candidate from Indiana, Pete Buttigieg.

“The favorite son dynamic is antiquated,” said South Carolina state Sen. Dick Harpootlian, a former state Democratic Party chairman. “I don’t see it happening not this year, not in the foreseeable future. It hasn’t been a phenomenon in a very long time.”

Home-state polls are not necessarily predictive of success. In late 2006, just one quarter of Illinois voters said Barack Obama should run for president in 2008, while 38 percent thought he should wait for a later election, according to a Chicago Sun-Times/NBC5 Poll. He went on to win the primary easily over Hillary Clinton, and carried the state in the general election.

In previous decades, politicians could often count on robust support at home — their local strength all but guaranteed victory. In 1992, then-Iowa Sen. Tom Harkin was so popular in Iowa that other Democrats running that year — including the eventual winner, Bill Clinton — largely ceded the caucuses to him.

In 2004 — even after withdrawing from the race — Sen. John Edwards won the caucuses in his home state of North Carolina. Former Vermont Gov. Howard Dean won his state’s primary that year despite dropping out beforehand, too.

In 2020, the most likely home state advantage will belong to Sanders, the Vermont independent who routinely tops Morning Consult’s rankings of America’s most popular senators. Klobuchar posts high marks in Minnesota.

But Vermont and Minnesota are relatively small prizes — and far less consequential nominating states than the behemoths on Super Tuesday, including Texas and California.

“It’s hard to do the ‘favorite son’ thing these days, and I think that’s especially hard for politicians who represent big mega-states,” said Mark Longabaugh, who was a senior adviser to Sanders’ 2016 presidential campaign. “Bernie could do it because he’s met everybody in Vermont … You just walk through the airport with him in Burlington, and everybody knows who he is.”

Longabaugh said, “The truth is, Beto or Kamala Harris could walk through the airport in their home states, and some people will recognize them, but a whole lot of people won’t know who they are.”

For any candidate, he said, “To be able to win your home state, you’ve got to prove you’re viable and you can win early … I think Democratic primary voters, they’re not interested in some kind of loyalty vote for their local representative. What they’re interested in is the best candidate to defeat Donald Trump.”

In part, the lack of home-state solidification reflects the breadth of the 2020 candidate pool. With so many contenders, if favorite sons or daughters did have a lock on their states, there would little turf left on which to wage a campaign.

“I think people will be raising money from their home states, because I think they had that opportunity in the past to fundraise significantly for their statewide offices,” said Lee Miringoff, director of the Marist College Institute for Public Opinion. “But as far as having a lock or a huge home court advantage, I don’t think that’s realistic right now at all.”

On one hand, Miringoff said, many Democrats now running for president already have political profiles that transcend their state lines. On the other, not all contenders are beloved at home.

“In your home state, you do have name recognition, but that doesn’t necessarily convert into support as a presidential candidate,” he said. “I think to some degree it’s hard to get a promotion to president from your own state because there’s a lot to choose from right now, and there’s no clear Democrat who’s got an advantage. And just being a residence within that state doesn’t make you more or less presidential.”

In Texas, the state Democratic Party’s executive director, Manny Garcia, said there “may be a home state advantage” for O’Rourke and Castro, the former mayor of San Antonio.

“But at the same time,” Garcia said, “people are going to be shopping because they’re excited about everyone in the Democratic presidential field.”

Or as the Democratic political strategist Garry South put it in California, where he has studied the electorate’s view of home-state presidential contenders for decades, “It’s sort of like the verse of Scripture.”

“A prophet is without honor in his own country,” South said. “Sometimes these politicians look better to folks outside their state, or even 3,000 miles away, than they do to voters in their home state.”

— Zach Montellaro contributed to this report.