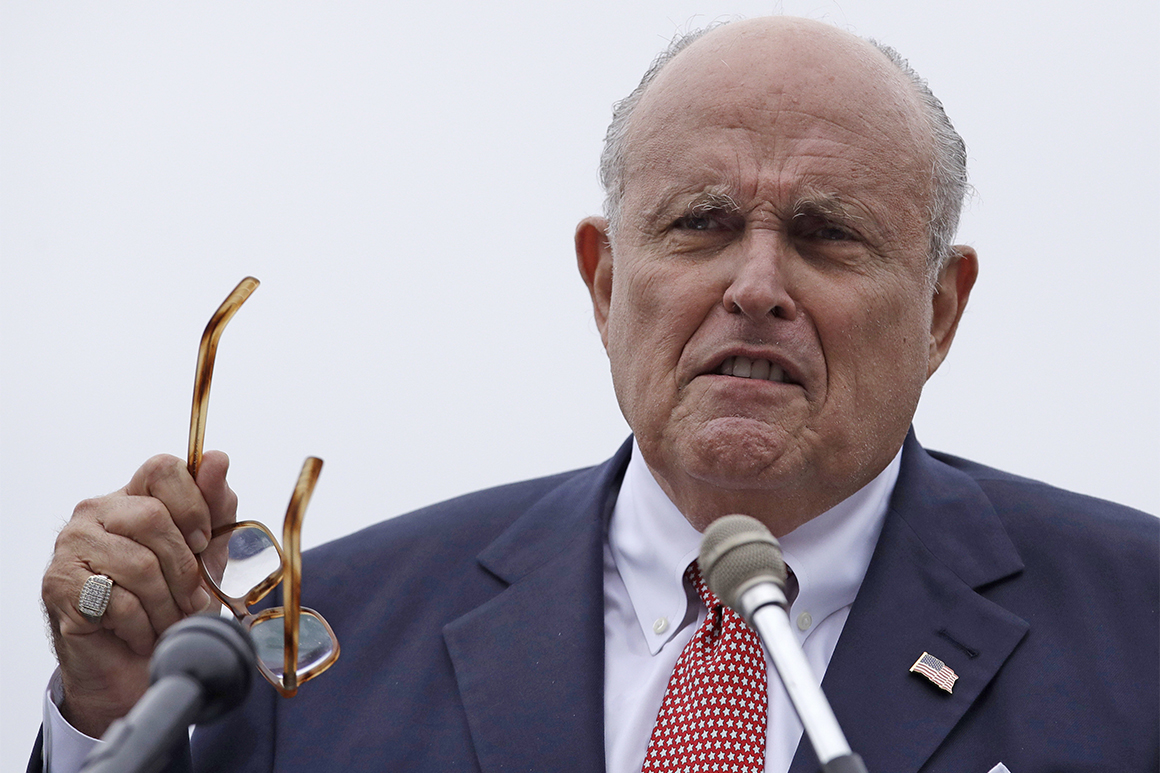 Rudy Giuliani wants the full Mueller report to go to Congress — because "believe me, there was nothing there."

Appearing on CBS’s "Face the Nation" Sunday, the former New York mayor who is one of President Donald Trump’s personal lawyers, argued the president has nothing to hide and has demonstrated "unprecedented" cooperation with Special Counsel Robert Mueller’s investigation into the 2016 election.

Trump, though, has repeatedly derided the probe as a partisan witch hunt and celebrated when Attorney General Bill Barr said in his summary of Mueller’s findings that the special counsel could not find any criminal charges to levy against the president.

"If Andrew Weissmann, who was crying at Hillary Clinton’s losing party, couldn’t find anything," Giuliani said, referring to a lawyer on Mueller’s team, "believe me, there was nothing there."

Asked by CBS host Margaret Brennan if the president has any qualms with the whole report being released, Giuliani said "no Republican is pushing back on full disclosure of the report."

Congressional Democrats have been urging Barr to send them Mueller’s findings in their entirety, unsatisfied with the attorney general’s four-page summary of an approximately 400-page report.

The New York Times reported members of Mueller’s team were upset with Barr’s report and that it left out key details of their investigation. Barr, meanwhile, says he’s tied up on how much information he can release, arguing grand-jury testimony and ongoing investigations must remain secret.

Though Giuliani said he wants Democrats to get the full report, he continued to attack them Sunday, calling their continued suspicions against the president unfounded.

House Judiciary Chairman Jerry Nadler (D-N.Y.) has called for the full report, and his committee has granted him subpoena power to get it. On Sunday, Giuliani dismissed the congressman as "biased."

"Does he want us to believe that he’s going to give us a fair hearing?" Giuliani asked.

Asked what he had against Nadler’s call to have some members of the special counsel’s team testify before the committee, Giuliani bristled.

"What? For a political show? Why?" Giuliani asked. "Can we listen to the report first?"