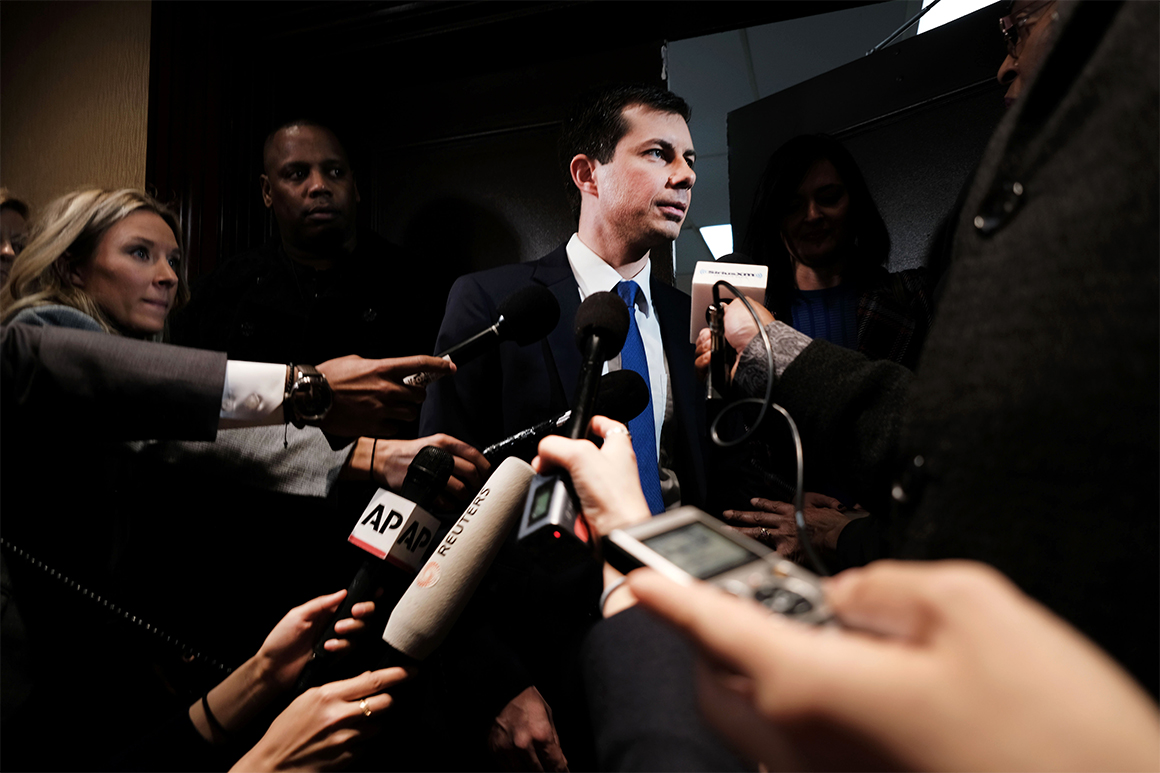 South Bend, Ind., Mayor Pete Buttigieg is eager to "change the channel" from what he says is Washington’s "mesmerizing horror show."

"Here you have this moment, probably the only moment in American history where it just might make sense for somebody my age, coming from experience in the industrial Midwest, non-federal, different background, bringing something that will actually help Americans envision the world as it will be in 2054," the 37-year-old mayor said Sunday, referring to the year he’ll be the current age of President Donald Trump, "and just change the channel from this mesmerizing horror show that’s going on in Washington right now.”

Appearing on NBC’s "Meet the Press," Buttigieg said he was motivated to seek the Democratic presidential nomination after witnessing a "loss of decency" in the White House under Trump.

Buttigieg discussed his experience revitalizing his hometown after its decline following the departure of the auto industry in the 1960s. That kind of turn around and empathy for those left behind, he said, would help him combat the divisiveness that helped Trump win the White House in 2016.

Buttigieg’s campaign is still in an exploratory stage, with a formal announcement expected this month in South Bend.