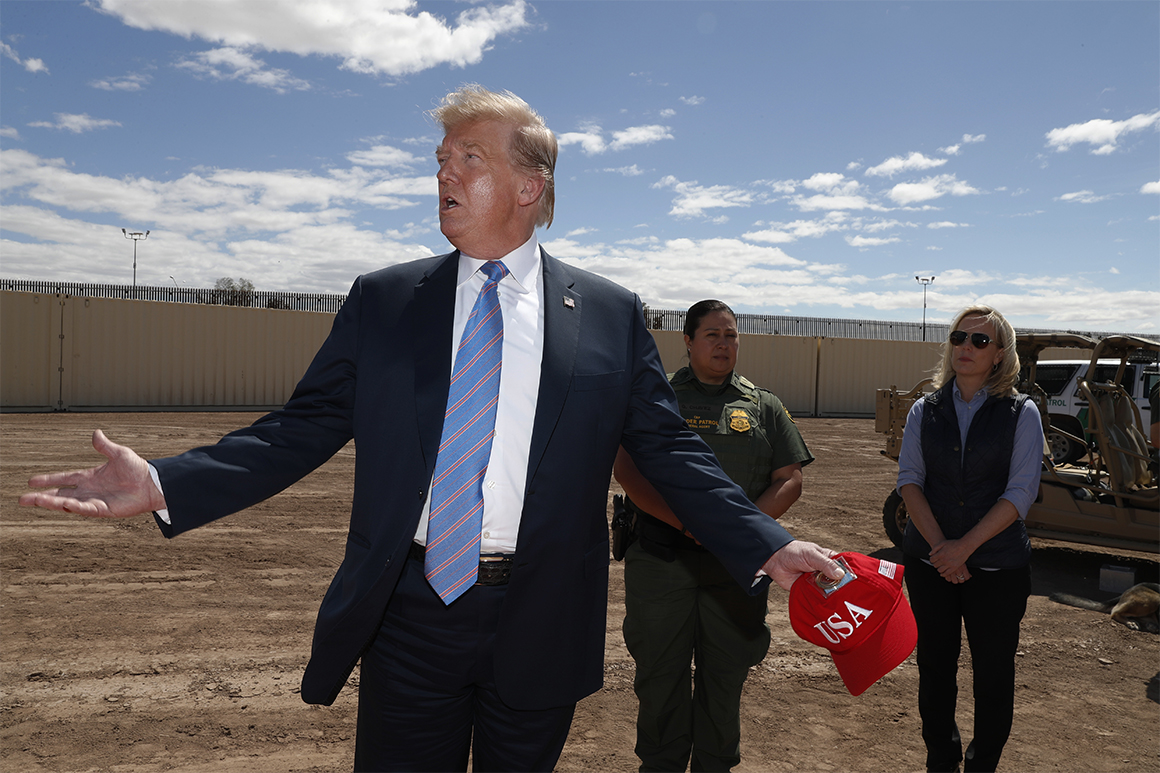 President Donald Trump warned Saturday of “traffic & commercial delays” along the southern border as a result of the administration’s decision earlier this week to ramp up the number of immigration officers processing Central American migrants attempting to enter the U.S. through Mexico.

“We have redeployed 750 agents at the Southern Border’s specific Ports of Entry in order to help with the large scale surge of illegal migrants trying to make their way into the United States,” the president wrote on Twitter.

“This will cause traffic & commercial delays until such time as Mexico is able to use … it’s powerful common sense Immigration Laws to stop illegals from coming through Mexico into the U.S., and removing them back to their country of origin,” Trump continued. “Until Mexico cleans up this ridiculous & massive migration, we will be focusing on Border Security, not Ports of Entry.”

In another post, the president implored congressional Democrats to join with Republican lawmakers and legislate fixes to “the horrible, costly and foolish loopholes” in U.S. immigration statutes.

“Once that happens, all will be smooth,” Trump tweeted. “We can NEVER allow Open Borders!”

Homeland Security Secretary Kirstjen Nielsen on Monday directed Customs and Border Protection Commissioner Kevin McAleenan to hasten the “temporary reassignment of personnel and resources from across the agency to address the influx of migrants.” She also announced plans to require that greater numbers of non-Mexican asylum-seekers stay in Mexico while they wait for their cases to be resolved.

Trump on Thursday retreated from his earlier threat to shut down the southern border, saying he would first impose auto tariffs on Mexico in an attempt to curb the rate of illegal drugs entering the U.S.