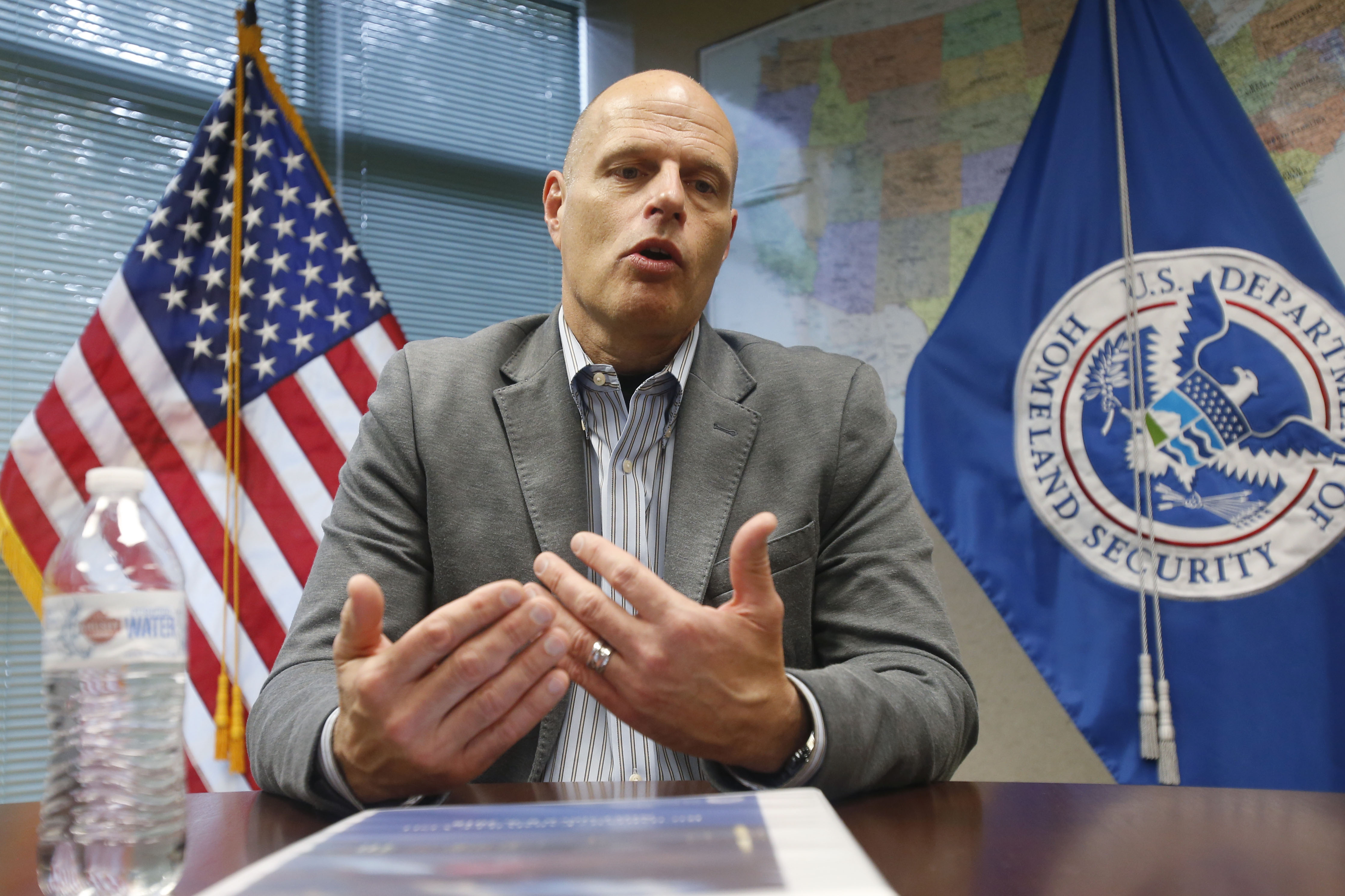 President Donald Trump on Friday announced he was withdrawing his nomination for the permanent director of Immigration and Customs Enforcement in order to take the agency in a “tougher direction.”

Trump formally picked Ron Vitiello to lead the agency in August, two months after the homeland security official took over ICE in an acting capacity. Speaking to reporters on the White House lawn Friday, the president did not elaborate on what spurred the sudden personnel change.

ICE faced repeated attacks from progressives and Democratic lawmakers, some of whom call for the abolition of the agency, which was created in the wake of the September 11 attacks.

Trump has often praised the agency, particularly for its duties related to immigration enforcement, efforts the president has loudly pushed to bolster since his 2016 campaign.

Vitiello’s confirmation process in the Senate has encountered hold-ups due to controversies over his former social media posts and opposition from the agency’s union, though it was making progress as Vitiello just recently cleared one committee. He is currently deputy director of ICE.

Vitiello has been part of the homeland security field for more than three decades, starting out as a border patrol agent. He was nominated to replace Thomas Homan, the former acting director of ICE who retired last June.