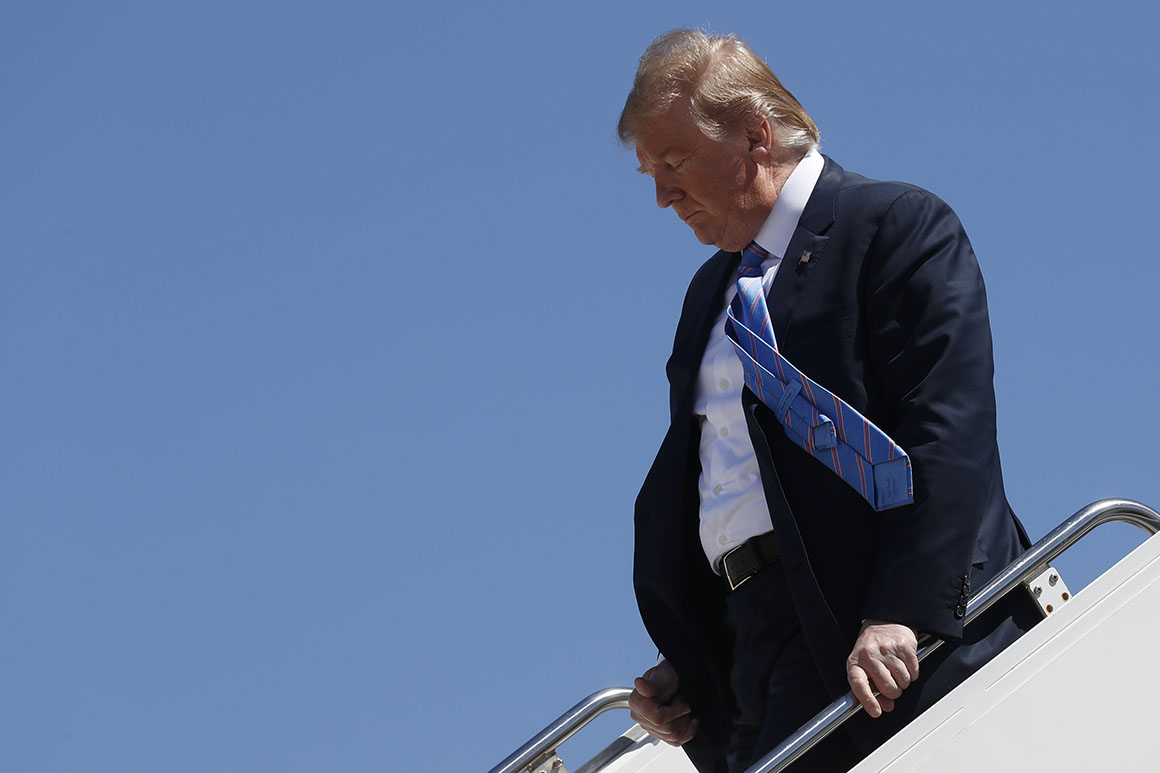 A lawyer for President Donald Trump is urging the Treasury Department to reject House Democrats’ demands for his tax returns.

In a letter released Friday, William Consovoy said the administration should deny the request because lawmakers do not have a legislative reason for seeking the returns. Democrats merely want the president’s confidential filings so they can search for things to embarrass him, he said.

“Requests for tax returns and return information must have a legitimate legislative purpose,” he wrote to Brent McIntosh, general counsel at the Treasury Department. Democrats’ bid “is a transparent effort by one political party to harass an official from the other party because they dislike his politics.”

The letter comes on the heels of Democrats’ formal request this week for six years’ worth of Trump’s individual and business returns, running from 2013 through 2018. Ways and Means Chairman Richard Neal (D-Mass.) is demanding the administration turn over the documents by April 10. Democrats are citing an arcane law that allows the heads of Congress’s tax committees to examine anyone’s returns.

“If Chairman Neal genuinely wants to review how the IRS audits presidents, why is he seeking tax returns and return information covering the four years before President Trump took office?” he said. “Why is he not requesting information about the audits of previous presidents? And why can he not simply ask the IRS to explain its policy?”

The agency should not hand over the documents until it gets a legal opinion from the Justice Department’s Office of Legal Counsel, Consovoy added.

Anticipating the administration’s refusal to release the returns, Democrats argue they do have a legislative reason for seeking the returns, saying they want to vet the IRS’s audit of the president’s returns.

They say they don’t know how rigorous those audits are or if they really happen. Calling it a matter of oversight of the IRS, they point to an episode during the Nixon administration when the agency initially blessed that president’s returns before backpedaling when a subsequent audit by Congress’s independent Joint Committee on Taxation found Nixon actually owed $500,000.

A Treasury Department spokesperson did not immediately respond to a request for comment. A spokesperson for Neal declined comment.

The IRS has automatically audited every president’s returns since the 1970s, both to instill confidence that the president is paying his or her share and to help the agency avoid having to decide which chief executive to scrutinize. Those audits are a matter of the IRS’s internal policy, and not required by law.