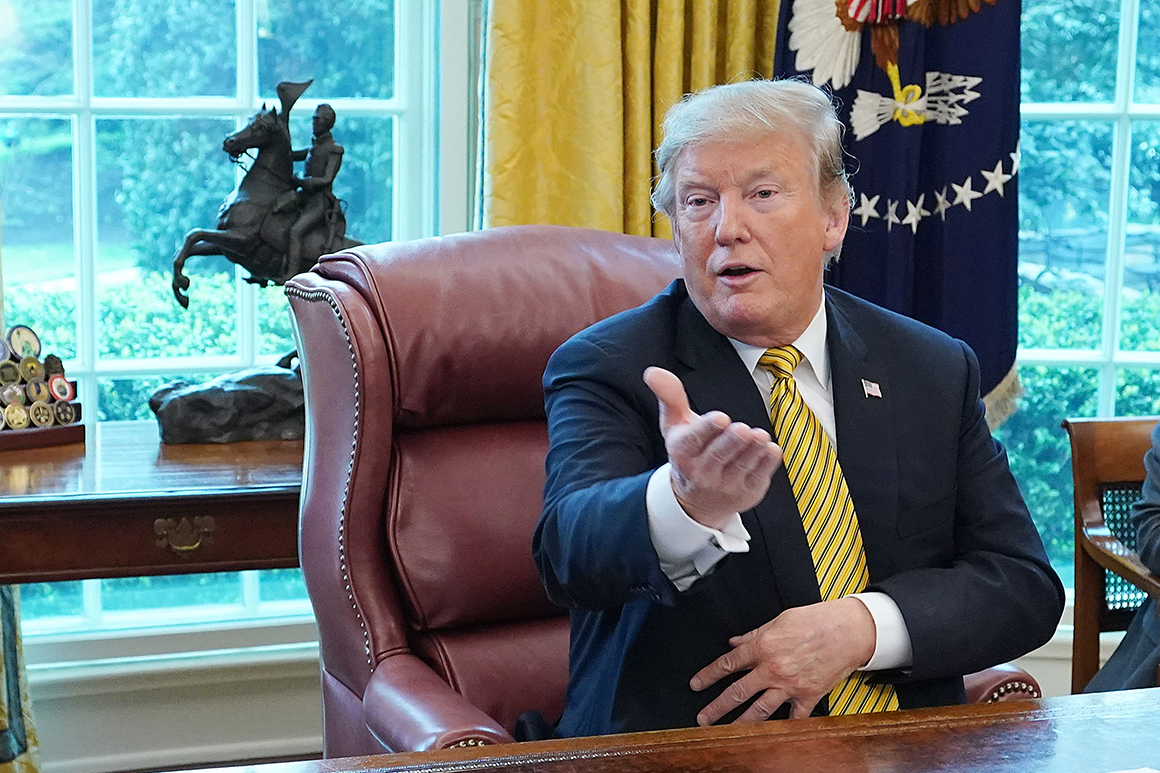 President Donald Trump said Thursday he wasn’t surprised that late first lady Barbara Bush wasn’t a fan of his, reasoning that her opposition, documented in a new book about her life, stemmed from his treatment of her sons during the 2016 election.

“I have heard that she was nasty to me, but she should be. Look what I did to her sons,” the president told The Washington Times.

Bush’s feelings about Trump were mentioned extensively in the book “The Matriarch: Barbara Bush and the Making of a Dynasty,” but author Susan Page, who was given access to Bush’s diaries for the book, dates Bush’s dislike of Trump going back to at least the 1990s.

“Trump now means greed, selfishness and ugly. So sad,” she wrote about the then-real estate mogul in 1990.

Bush’s dislike of Trump did deepen during the presidential election, in which Trump ridiculed former President George W. Bush and former Florida Gov. Jeb Bush, who was running against Trump in the primary.

Jeb Bush had been widely assumed to be the GOP frontrunner in 2016 before being dispatched early in the race by Trump, who happily knocked Bush down along the way, branding him “low energy Jeb.” The mockery did not cease when Bush recruited his brother and mother, long revered among establishment Republicans, to the campaign trail in a last ditch effort to salvage his candidacy.

“I hit him very hard in South Carolina. Remember? He was supposed to win South Carolina and I won it in a landslide,” Trump told the Times. “I hit him so hard. That’s when his brother came to make the first speech for him. And I said, ‘What took you so long?’”

But Trump dismissed Barbara Bush’s jabs, as reported in the new book, which include that she blamed Trump’s candidacy for a cardiac event before her death, that she kept a countdown clock for the end of his presidency on her nightstand, and that Trump’s takeover of the GOP prompted her to leave the party.

“Look, she’s the mother of somebody that I competed against. Most people thought [Jeb Bush] was going to win and he was quickly out,” Trump said.

The president’s comments are the second time in recent weeks that he’s fanned the flames of a beef with a deceased political opponent.

Last month, Trump railed against the late Sen. John McCain for a number of perceived slights, including holding the former Arizona senator and 2008 GOP presidential nominee responsible for tanking the his party’s efforts to repeal the Affordable Care Act and for passing along the so-called Steele dossier, which alleges unsubstantiated ties between Trump and the Russian government, to the FBI in 2016.