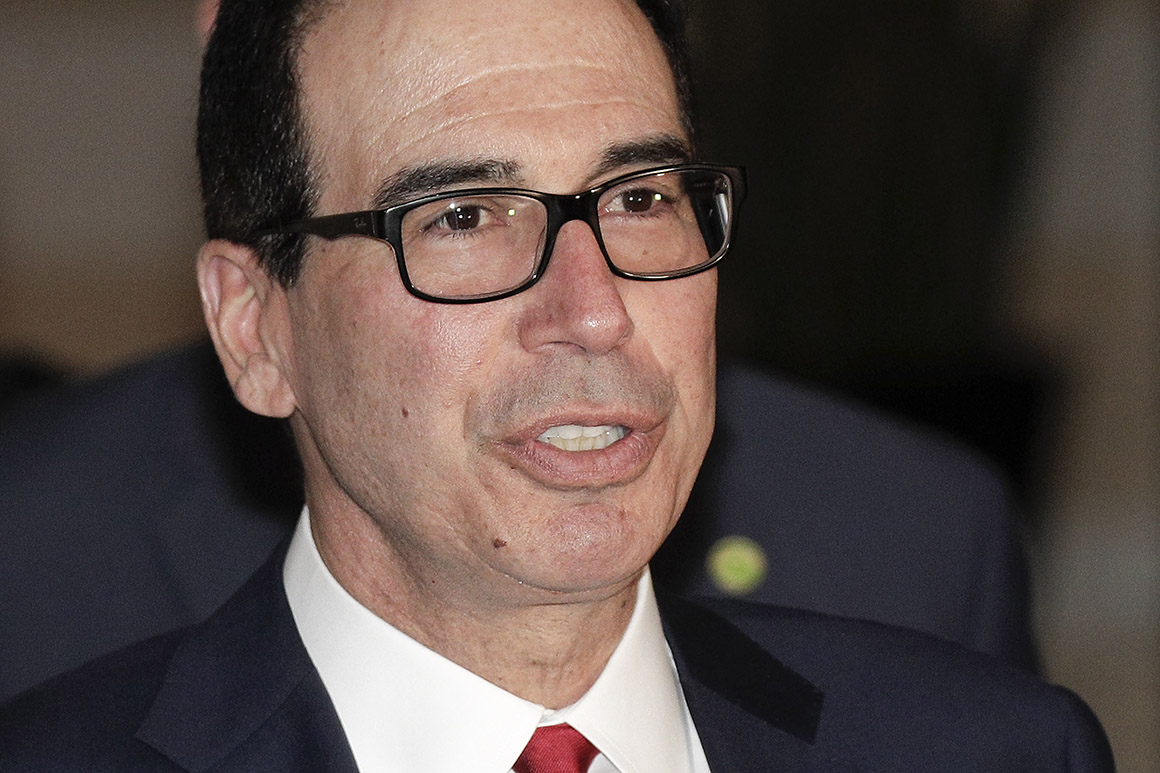 Treasury Secretary Steven Mnuchin is about to lose two of his most trusted aides, just as House Democrats ramp up pressure on his department to release President Donald Trump’s tax returns.

Eli Miller, chief of staff at the department and a former Trump campaign official, will leave the department next week, according to staff-wide email sent on Friday afternoon. Close Treasury observers say Miller is expected to join the private sector.

In a statement, Mnuchin called Miller an instrumental leader “who has been constantly at my side, and he will be very difficult to replace.”

Assistant Secretary of the Treasury for Public Affairs Tony Sayegh has also planned for months to leave by the end of May, and is interviewing candidates for his replacement as the agency’s top communications official.

Among them is Monica Crowley, a Fox News commentator who was spotted in the building on Thursday afternoon. Crowley was tapped before Trump’s inauguration for a senior National Security Council, but withdrew from the position after news reports about instances of plagiarism.

Miller served as a key and trusted aide to Treasury Secretary Steven Mnuchin, always accompanying him to high-level meetings and briefings and acting as a conduit to lobbyists and business groups. Inside the Treasury building, he was viewed by staff as more interested in maintaining a close relationship with the boss than he was in managing the building, policy process or career professionals.

Prior to joining Treasury, Miller worked as the chief operating officer of finance for the Trump campaign, where he also worked alongside Mnuchin. Earlier in his career, he was an aide to former House Speaker John Boehner and for the Koch-brothers backed group, Americans for Prosperity.

The departures come as Treasury faces increasing pressure from the Democrats on Capitol Hill, who want greater oversight of the department and on Wednesday requested six years of the president’s tax returns.