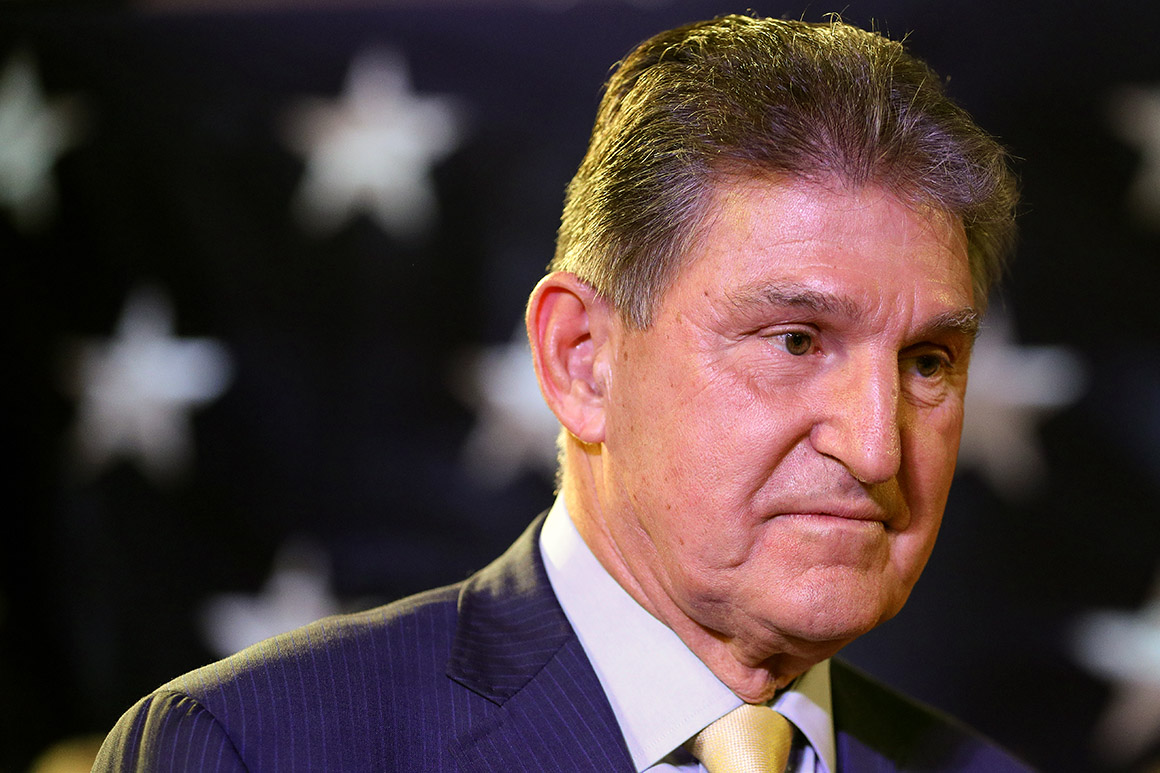 Just five months off the race of his life, Joe Manchin is mulling a run for governor in 2020 against GOP Gov. Jim Justice.

The Democratic senator said in an interview Thursday that he’s once again “thinking about” running for the “best job in the world”: governor of West Virginia.

“I think about it every minute of every day. Now, thinking about it and doing it are two different things,” Manchin said. “I’ll make a decision this fall sometime. I don’t think there’s any hurry at all.”

Manchin narrowly won reelection last year against GOP Attorney General Patrick Morrisey, a 3-percentage-point victory in a state President Donald Trump won by 42 points in 2016. Manchin, who already served as West Virginia’s governor from 2005 to 2010, largely relied on his retail politicking, help from Democratic outside groups and an aisle-crossing record to defeat Morrisey.

A gubernatorial campaign would be something different altogether since Trump will be on the ballot again. But Manchin said it’s “going to be very difficult for [Justice] no matter who runs against him.”

There are clear signals that Justice, who was elected as a Democrat but switched parties, and Manchin are preparing for a possible run against each other. Justice has criticized Manchin for his stewardship of the state’s roads and issued a news release lumping in Manchin with “Washington liberals.” Manchin has said the governor “won’t work” and that you “can’t run the state from The Greenbrier,” the resort Justice owns.

Manchin would still be a senator if he lost. But if he were to win, there would be significant political implications. Manchin is widely considered the only Democrat who can possibly hold a Senate seat in deep red West Virginia. If he won, he could appoint a successor, although only until the next regularly scheduled midterm election, according to West Virginia law. That could limit the upside to Minority Leader Chuck Schumer’s (D-N.Y.) caucus size in future years. Manchin said he has not spoken to Democratic leaders about his plans.

Then there’s the question of whether Manchin really wants to compete in a second consecutive grueling campaign pitted against the president. The race would likely draw less outside money than his Senate campaign, but Trump voters would be forced to split their tickets if they were to vote for Manchin and the president. In 2018, Manchin was at the top of the ticket.

But the moderate Democrat said he thinks he already survived his closest brush with political defeat.

“Campaigns [are] the best part of politics. Can’t be any tougher than what I came through, an off-year election when they concentrated all their money against you,” Manchin said.

Manchin flirted with running for governor in 2016 but ultimately decided against it. This time around he’ll also have to consider what’s best for his state: Manchin is now the ranking member of the Senate Energy Committee.

If Democrats take back the majority, he’d be chairman, with major sway over the agenda in 2021. Though Manchin proclaims “Washington sucks,” he’s also gained power in more than eight years in the Capitol.