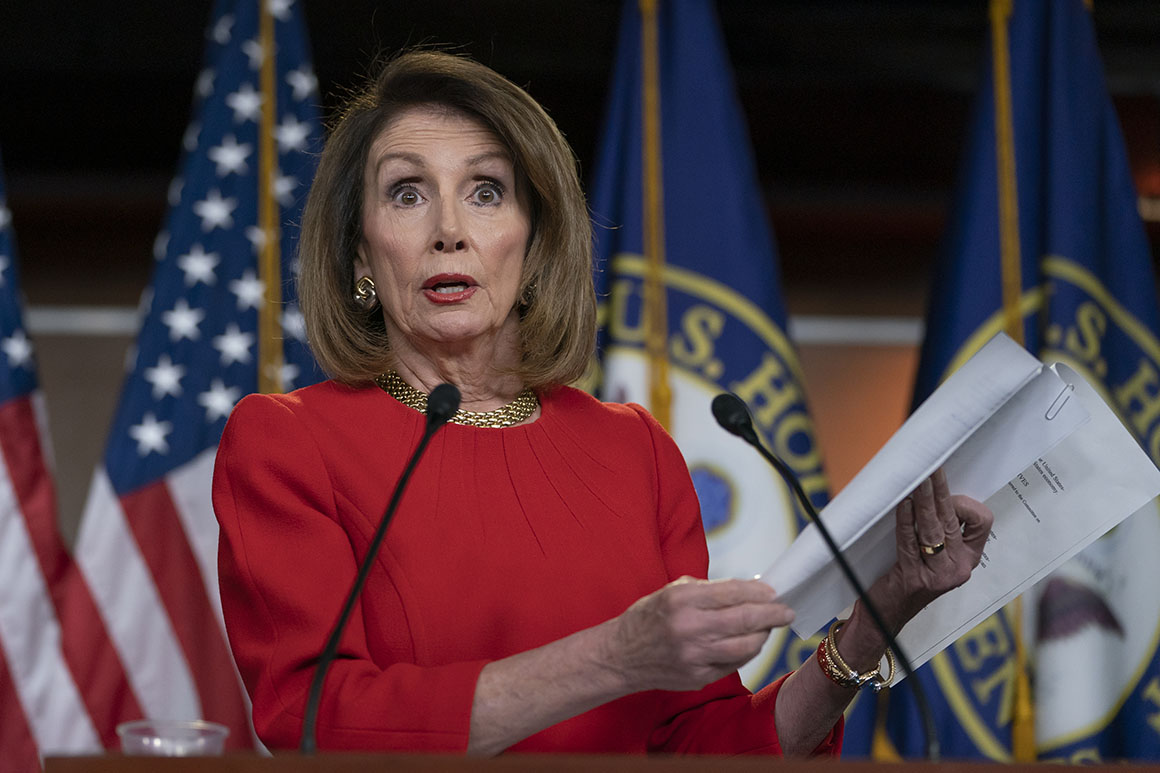 The House sued members of President Donald Trump’s administration on Friday over his emergency declaration to force funding for a border wall.

The lawsuit, filed in federal court in Washington, D.C., asserts Trump’s emergency acts in direct disregard of Congress’ will and disputes the president’s ability to access certain funds for the wall simply by declaring an emergency. It names Treasury Secretary Steve Mnuchin, acting Defense Secretary Patrick Shanahan, Homeland Security Secretary Kirstjen Nielsen, acting Interior Secretary David Bernhardt and the departments they oversee. It does not name Trump as a defendant.

"The House has been injured, and will continue to be injured, by defendants’ unconstitutional actions, which usurp the House’s appropriations authority and mean that the relevant funds are no longer available to be spent on the purposes for which they were appropriated," the complaint says.

The complaint follows legislative attempts to block Trump from diverting billions of dollars toward one of his keystone campaign promises, which reached a near breaking point when the government entered its longest shutdown in history straddling New Year. Trump ultimately used a national emergency in an attempt to secure funding for the wall in a move that was fiercely criticized on both sides of the aisle for interfering with Congress’ constitutional power of the purse.

Congress tried to pass legislation to block Trump’s emergency declaration, gaining support from both parties. Trump’s intention to tap into military funds for the wall struck a chord among several Republicans who joined Democrats on the vote. The measure passed in Congress, prompting the president to issue his first veto. House Democrats’ attempts to overturn the veto were unsuccessful.

Speaker Nancy Pelosi announced her intention to challenge the administration in court on Thursday.

"The President’s action clearly violates the Appropriations Clause by stealing from appropriated funds, an action that was not authorized by constitutional or statutory authority," Pelosi wrote in a statement.